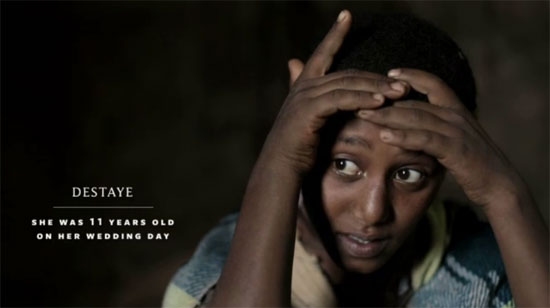 The jury chair Keith W. Jenkins summed up “What we see in the winners this year is a high level of sophistication. The entries were uniformly high in quality. This is an evolving field that each year should and does produce higher quality projects.”
Overview of first prizes:

Producer, script and interviews: Line Hadsbjerg, Remarkable World
Summary: People from neighboring countries move to South Africa in search of a better life. In inner-city Johannesburg, many of them struggle for acceptance in the face of discrimination, but are resourceful and persistent in their hope for the future. 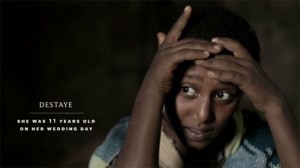 ummary: Fifteen-year-old Destaye and her husband spend their time working in the fields of Ethiopia and taking care of their six-month-old baby. At the time of their marriage, Destaye was 11-years old and still in school, but her husband expressed interest in letting her continue her education. Since the birth of their son, however, she has had to fulfill her duties as a wife and mother exclusively.

Summary: For five years, Alma belonged to one of the most violent gangs in Guatemala City. She has committed murder, battery, and brutality. Brutalized herself, she has been jailed many times. With 18 murders a day, Guatemala is a country undermined by violence. Alma is typical of her generation, where youths grow up in a world in which laws and justice are flouted with impunity. Families mired in poverty, despair, and alcoholism destroy each other in gang warfare that has become an ordinary way of life – and death. She was sentenced to death by her ‘homies’ the day she wanted to quit the gang. Yet she survived the bullets. Although she will never walk again, she is striving to rebuild her life.

Summary: Unknown Spring is an immersive online anthology that chronicles a community’s efforts to overcome the tsunami that struck Japan on 11 March 2011 through interactive maps, survivor interviews, video, and audio slideshows, Unknown Spring is a project that provides a portrait of Yuriage, a town that was obliterated by the tsunami’s backwaters, and its residents as they try to move past their traumas and continue on with life.

For the full list of winners, the complete production teams, and to view the winning productions, please go to:

The judging was conducted at the World Press Photo office in Amsterdam, where the jury viewed all the entries and discussed their merits over a period of six days. A total of 287 multimedia productions were entered in the contest, organized for the third time this year.

Jenkins explained, “For the jury, the major challenge is that the field is changing almost hourly, so figuring out what the ‘standard’ is, is a very ephemeral effort. You have to be able to articulate the specifics of what you’re looking for, but also be flexible and understand that it’s a process that’s evolving. Each year you’re looking at different things, based on the technology, the platform, and the storytelling intent of the people producing a particular work.” He continued: “Still, there are some basic journalistic things that are always going to be part of it. Integrity, narrative voice, being informative and even entertaining – all the qualities that make for good journalism still apply.”

Michiel Munneke, managing director of World Press Photo, described the organization’s aims: “With the multimedia competition we are trying to do justice to what we see happening in the field. Our ambition is to inspire photographers to move forward and explore new territories. We want to challenge them to tell stories in a different, compelling way. Part of our mission is to encourage the highest professional standards in visual journalism and to support documentary storytelling in all its aspects. That’s why, amongst other initiatives we started our multimedia contest.”

The first place winner in each category will be awarded a cash award of €1,500 and a Golden Eye Award. Winners of second and third prizes receive a Golden Eye Award and a diploma. The awards will be presented at the Awards Ceremony on Saturday 27 April 2013 in Amsterdam. Please visit for further information:

For further information on the 2013 Multimedia Contest please visit:

JOIN OVER 89,349 and receive weekly updates!