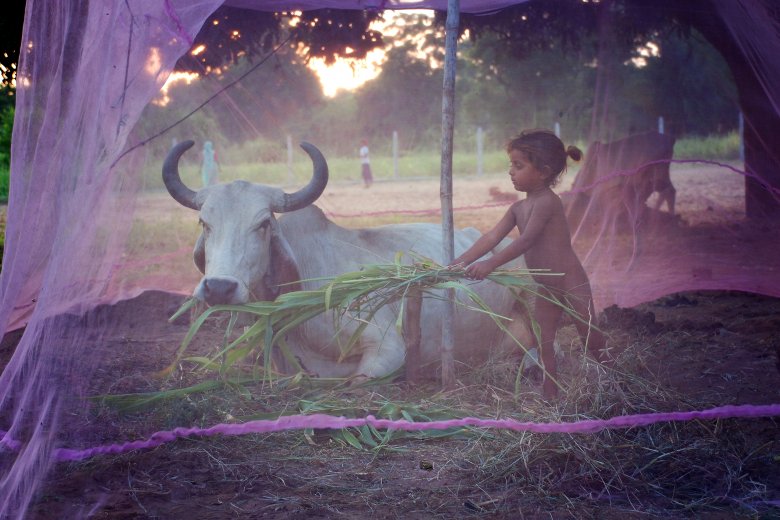 The Winners of the World Malaria Day 2013 photo contest “Malaria: The Big Picture” have been announced.

To celebrate the gains and highlight the critical need to maintain the momentum, between 15 February and 24 March, photographers from around the world submitted more than 700 photos in three categories (people, healthcare & control, and research & development) to the contest. The public were then invited to vote before 7 April to determine a shortlist and the final winners were chosen by an international panel of judges. 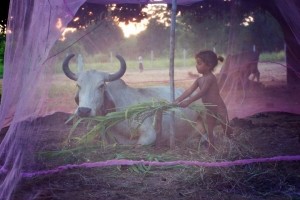 People – 1st place – Untitled – Animals too must be protected from mosquitoes to safeguard the livelihood of the family. The little girl places food beside the cow. by Dimple Pancholi 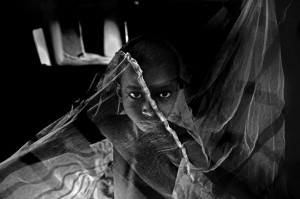 People – 2nd place – Look Beyond – Strong powerful eyes of a little boy under a bed net, clumsily arranged to help him avoid mosquito bites in the evening hours. The boy sleeps with the cows. by Somenath Mukhopadhyay 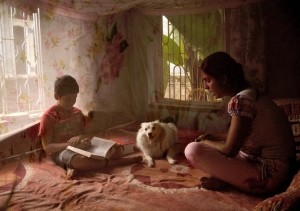 People – 3rd place – Preventing mosquito bites – My son and niece. She is teaching him inside the mosquito net. by Rabin Chakrabart 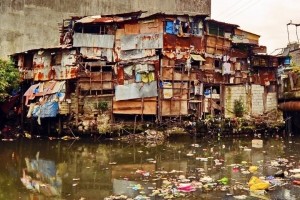 People – 4th place – Poverty and malaria risks – Poverty in Manila pushes people to live in places full of risks and life hazards like malaria. Slum areas can be found along stagnant swamps and dirty bodies of water. by Allan Jay Quesada 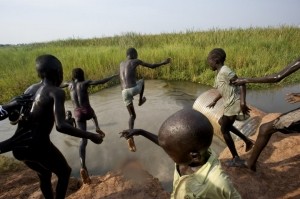 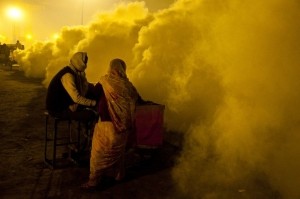 Healthcare and control – 1st place Malaria prevention – Local government sprays mosquito oil to prevent malaria at one of the largest fairs in the world. The great Kumbha Fair is a Hindu festival held once every 12 years in one of four sacred sites, where bathing for purification from sin is considered especially efficacious. Photographer: Sandipan Majumdar 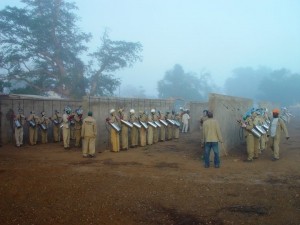 Healthcare and control – 2nd place The art of war – Malaria "Warriors" honing their tactics and weapons in preparation for their deployment on the front lines in the war against the Anopheles mosquito. Photographer: Andre Laas 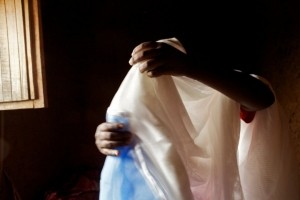 Healthcare and control – 3rd place Unpacking the net – A woman unpacks her brand new bed net before using it for the first time. Photographer: Matthieu Zellweger 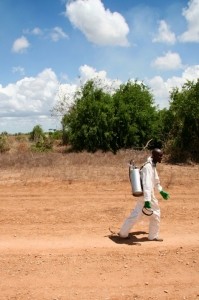 Healthcare and control – 4th place Spaceman? No, vector-man! – A community member of an indoor residual spray team treks through the scorching heat wearing kilos of equipment to protect his family and community members from malaria. Indoor residual spraying is one of the key interventions to control the malaria vector – the Anopheles mosquito. Photographer: Sarah Hoibak 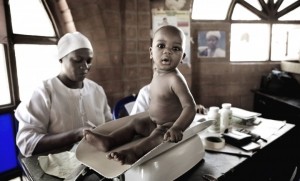 Healthcare and control – 5th place Two for one – The photo was taken in 2008 in Nigeria. In collaboration with a local Rotary Club, BASF (a chemical company) donated bed nets to prevent malaria to families that brought their children for a polio vaccination. The idea was to combat two diseases at once: Children got their vaccination against polio and mothers were educated on how to use bed nets to prevent malaria. Photographer: Oliver Lassen 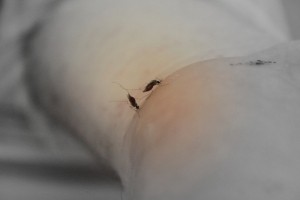 Research and development – 1st place Bloodsuckers – Sadly this experiment did not work and the mosquitoes ate the scientist. Photographer: Jennifer Jackson 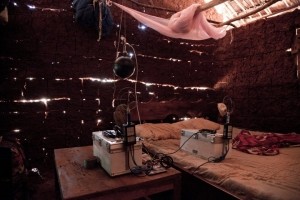 Research and development – 2nd place Thermal (un)comfort of a bed net – Thermo anemometers are placed inside/outside the bed net to measure airflow, temperature and relative humidity. One of the reasons cited for not using bed nets is that they make already hot sleeping conditions yet more stifling. This investigation will tell us if the sleeping zone under the net will meet Olaf Fanger's standard of thermal comfort. Photographer: Konstantin Ikonomidis 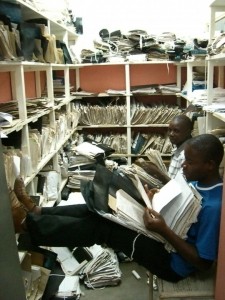 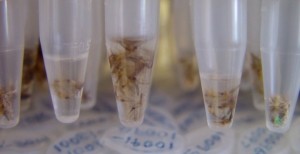 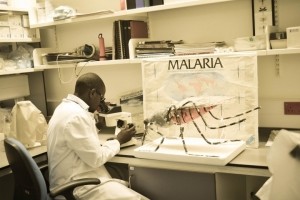 Research and development – 5th place See it large, see it minute – A malaria researcher views a sample using a microscope beside a montage of a mosquito representing lab’s work. Photographer: Ken Mwai

“The competition is one of the strongest I have seen,” said David Burnett, one of the contest’s judges and three times World Press Photo jury member. “There is a wonderful combination of ‘reportage’ and portraits, and together they provide a very impressive selection of photographs highlighting the efforts to help people in malaria-infested locations. I’m happy to have been involved in judging; it’s really important to support photographers who are telling stories about malaria and bringing the issues of prevention and treatment into the public eye.”

“The Swiss Malaria Group thanks Fuji Switzerland for their generous donation of three cameras as first prizes, the fifteen organisations that provided their promotional support and our expert jury panel for their selection,” said Dr Thomas Teuscher of Roll Back Malaria. “We hope that the contest will not only raise awareness about malaria but encourage other organisations to join the group and make it even stronger in the years to come.”

“Photos have the ability to open the door on a world never seen before,” Gerhard Siegfried, Head of East and Southern Africa Division of the Swiss Agency for Development and Cooperation. “Photos submitted to the contest have not only opened that door to malaria but have also allowed us to step through and see the bigger picture; the victims of malaria, the tools and interventions that can save them from the disease and the people working to develop those tools. I invite you to see the big picture for yourself.”

The Swiss Malaria Group will mark World Malaria Day 2013 and announce the winners at 18h00, 22 April 2013 at the Malaria Vaccines for the World conference in Lausanne, Switzerland, where the winning photos will be displayed. The winners and runners-up can also be viewed via the online exhibition from 22 April 2013.