The 19th edition of Voies Off Festival will be held from 7 to 12 July 2014 in the « Cour de l’Archevêché » in Arles. This new edition will be characterized by two awards bringing to the light young photographers :: The Voies Off Prize 2014 and the Saif Discovery Prize.

SUBMIT A SINGLE APPLICATION AND RUN FOR TWO AWARDS

Voies Off offers an alternative approach to emerging contemporary photography, its particularities, its evolutions, and its areas of resistance.

Voies Off night projections during the opening week of the Rencontres d’Arles festival have become an international reference for the discovery of emerging authors and the alternative venue that it creates for international photographic creation.

Year after year, the selected themes have met the evolutions of our contemporary world with a critical eye. Over twenty different nationalities are represented at each festival. Every year, around sixty candidates are selected for the programme of the night-projections.

Every July, the Voies Off Prize is awarded by a jury of renowned professionals to an artist for the clarity of his/her vision and the high quality of his/her work.
The current amount of the prize is 2,500 euros.

The SAIF also sponsors creation which it finances using 25 % of all rights collected regarding the private copying of visual art works. it also sponsors performing arts and the continuing education of artists.

Among the participants to the Voies Off Prize, the SAIF awards 2,000 euros to an emerging talent in photography. 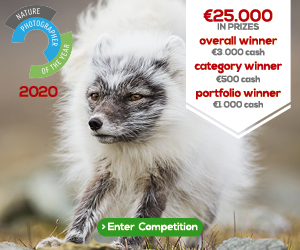 jpg format at the highest quality (lowest compression) - about 1500 pixels x 2000 pixels (for projection purposes), resolution set at 72 dpi rGB or Grayscale ,unlocked files Not eligible to enter? - Find contest where you are.

COPYRIGHT: No Copyright Policy USAGE RIGHTS: Participants agree to Voies Off’s possible free and fair use of their photographs from the selected portfolios for promotion purposes.

JOIN OVER 96,888 PHOTOGRAPHERS GET PHOTO CONTESTS VIA EMAIL FOR FREE