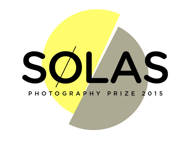 A new international photography award
– $11,500 in prizes
– an exhibition in a major photography gallery and
– publication in a leading photography magazine.

The Solas Prize is a new collaboration between Source magazine and the Gallery of Photography Ireland. It will be judged by a panel of five curators / editors from leading photography organisations in Chicago, Salzburg, Rotterdam, Dublin and Belfast. The deadline for submissions is 19 July. The winners will be announced in December this year.

The Solas Prize brings together two formerly separate photography awards: the Source-Cord prize and the Gallery of Photography Artist’s Award. Previous Source-Cord judges have included Charlotte Cotton, Diana Edkins, Kate Bush, Stephanie Grebe and Mariko Takeuchi. The first Source-Cord Prize was won by Eva Stenram for her work ‘Drape’. In 2014 Takashi Arai won the award with his project ‘Exposed in a Hundred Suns’.

PRIZE DETAILS: The prizes consist of an individual first prize of $10,000, a second prize of $1,000 and a third prize of $500. The work selected for prizes will be exhibited in The Solas Awards Exhibition at the Gallery of Photography in Dublin and published and distributed worldwide in Source magazine with a commissioned essay. Additionally, 22 artists will be selected for an online exhibition and everyone submitting work will receive a free one-year digital subscription to Source magazine. Furthermore, work by Irish photographers, or work that was substantially made in Ireland is eligible for the Solas Ireland Awards. Three winners’ work will be included in The Solas Awards Exhibition and will each receive a 3-month artist’s residency at Gallery of Photography Ireland. Their work will be exhibited in a curated three-person show at Fotohof, Salzburg in 2016 for which they will receive a production and travel bursary. Not eligible to enter? - Find contest where you are.

COPYRIGHT: - Copyright of all images submitted to the Solas Prize and displayed on solasprize.com and source.ie will remain the property of their owners. - Artists must ensure that works they submit to the Solas Prize are their own and that they have all necessary rights and permissions to submit that work for the award and for it to be displayed publicly. USAGE RIGHTS: - By submitting works artists are agreeing that their images may be used for promotional and press materials for the Solas Prize.

JOIN OVER 92,943 PHOTOGRAPHERS GET PHOTO CONTESTS VIA EMAIL FOR FREE