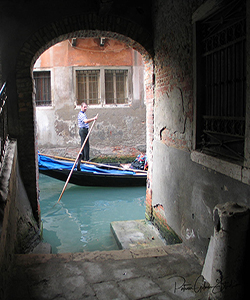 The sea can speak to us, draw us in, heal, and if taken lightly, can harm. There is no denying this is a dynamic, uncontrollable and changeable force. It can shift forms, colours, shapes and moods, all depending on the weather, season, and time of day. When capturing these scenes, you are open to every single element making it challenging yet rewarding, when you finally capture that golden shot.

The oceans are vast, covering 140 million square miles, some 72 per cent of the earth’s surface. Not only are the oceans a prime source of nourishment for the wildlife who live in it, and for us humans, but from earliest recorded history it has served for trade and commerce, adventure and discovery.

It has kept people apart and pulled them together. It has been the reason why villages and towns have grown at the mouths of rivers.

It is also the place that people most often go to, to be able to relax and unwind. There is no feeling like the feeling of going to a beach and listening to the rhythmic lapping of the waves on the beach in Summer, or the sensation of watching huge rolling waves crashing onto the shifting sands in Winter.

The power of the sea. Something that should never be underestimated. For something that brings a feeling of peacefulness on a beach, it’s destructive powers can be witnessed when looking at the aftermath of a tsunami.

No other entity in nature responds to the waxing and waning of the moon, forming tides and providing cycles by which we worked out our calendar in the days before the adoption of the Gregorian calendar.

On a different note altogether, in recent times, the sea has been widely talked about due to the amount of plastic waste discovered lurking beneath the surface.

In this competition, we are looking for your take on seascapes. Whether this is from below, above, or from your favourite look out. Perhaps you are a fisherman, or a surfer, and are capturing the sea while you and the water are truly as one. Maybe you have a favourite walk, an iconic view, or a spot where the sun sets daily. Or you could even present a documentary theme, showing the effect of plastic waste on the sea and those who call it their home.

Whatever your connection to the sea, and how you view it, we want to see this. We’re looking for all the faces of the ocean and how this is viewed by the people who share it.
Competition Closes for Entries on April 30th

Easily open the camera wifi and connect it with your mobile or tablet by app XDV. It allows you to monitor in real time, review videos/photos on mobile and instantly share on social media. What’s more, connect this camera to your computer with a USB cable to transfer your entire files, or simply hook up the sports cam directly to your TV via HDMI. Not eligible to enter? - Find contest where you are.

COPYRIGHT: Entrants will retain copyright in the photographs that they submit to TPA. However, by entering the competition process all entrants grant TPA the right to reproduce, without payment, for any purpose at any time in any media, with or without attribution for publicity and promotional purposes in any connection with the charity’s work. USAGE RIGHTS: By entering, entrants will be deemed to have agreed to be bound by these Rules and TPA reserves the right to exclude any entry at any time, and at its absolute discretion if TPA has reason to believe that an entrant has breached these Rules.

JOIN OVER 93,410 PHOTOGRAPHERS GET PHOTO CONTESTS VIA EMAIL FOR FREE