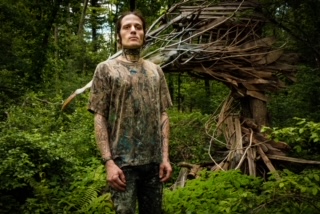 The Gaze curated by Jerry Russo

Jerry Russo, photographer, is based in Boston,Ma where he earned degrees from Tufts University and the School of the Museum of Fine Arts. He’s been very active in the New England arts community and a lot of his work is about New England’s thriving arts community.

In March 2020 when Covid started infecting the world he began conducting 45 minute interviews on zoom with artists all over the world and as of February 2022 he’s done over 270 interviews.

This project has been already selected by three repositories for their oral history collections. The Smithsonian, The New York Public Library and the Robert S. Cox collection at UMass Amherst.

He knows personally how important it is to artistically capture important times in history. For many years, Russo created his own archives while working as a commercial and editorial photographer on the West Coast. He says, “I photographed everything — from music, including the L.A. punk rock music scene of the 1980s, to professional boxing in Las Vegas. That included a Muhammad Ali and George Foreman fight.”

Jerry Russo says, “Ever since the invention of photography, people have been captured on film. Whether sitting for a formal portrait, posing in front of an historical marker maybe vacationing with friends, or caught in intimate moments, people have always revealed themselves via a flirtatious look, an intent stare an admiring glance, or a distrustful glare. The gaze explores the act of looking – how an expression can and does translate. Because a gaze can invite, insinuate and reveal, it can also conceal, challenge and contemplate.

Whether challenging or inviting, the images you submit should turn the gaze outwardly, as the subject looks at the viewer with both affection and distance. The directed gaze is as unsettling as it is tempting because we see into the eyes of strangers, your images should get past that external veneer.”

10% of artist entry fees goes to the charity of the curator. Russo has chosen the City of Hope.

Another 10% will go to the first place winner’s choice of charity.

ALL entrants work is shown on their own page with their artist statement, website info, bio and parts of their CV. Early entries may be featured on N.Y. Photo Curator’s Facebook and Instagram pages.

Artwork available for sale by artist with 100% of sale going to artist.

PRIZE DETAILS: First Place winner receives Q&A with curator. Curator reviews first place winner. One or more past curators may contribute reviews as well. 10% of artist fees goes to the first place winner's charity. The first place image shows on our splash page for a month. Not eligible to enter? - Find contest where you are.

COPYRIGHT: All copyright rights to the photographs remain with the photographer. USAGE RIGHTS: By entering, entrants automatically accept the conditions of the competition; they grant NY Photo Curator nonexclusive rights to use and reproduce submitted photographs for promotional (e.g.: website, Facebook, Instagram, Twitter) and competition advertising purposes. No royalties or compensation will be paid for these purposes. We also use your image and info to promote your work at random times on Facebook, Instagram, Twitter, etc.