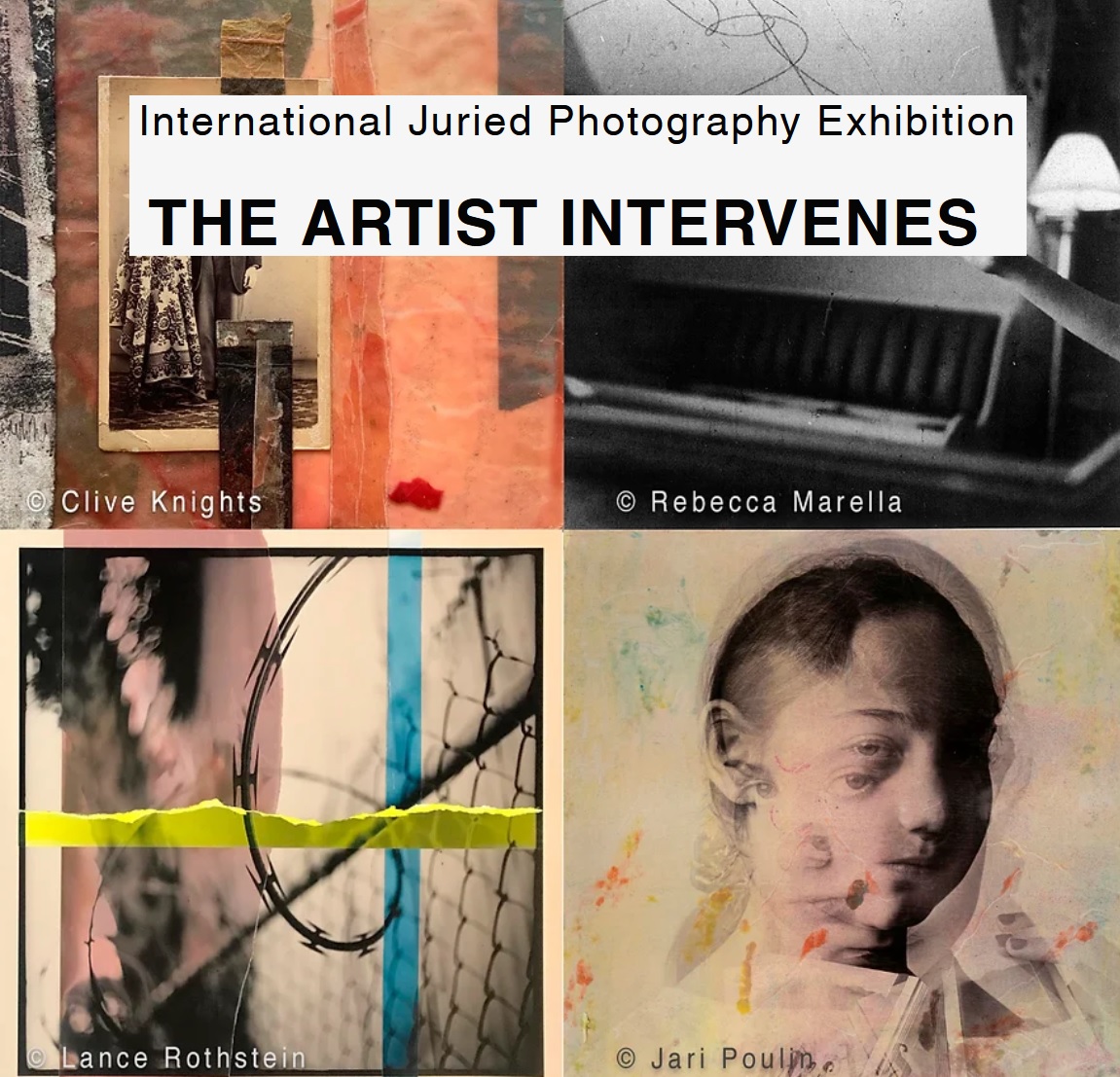 Photographic artists are reconsidering the potential of a photograph with a shift to making rather than taking photographs. By using vintage and contemporary photographs as a starting point, artists create physically layered works of art that result in an object, often in reaction to the flood of ubiquitous imagery that digital and cell phone photography has afforded.

Praxis Gallery accepts submissions of photographic art or lens-based artwork that utilizes physical interventions and investigations of photographic surfaces that can include sewing, cutting, drawing, painting, tearing, bending, and weaving, all ways of interrogating the material qualities of a physical photograph to create new realities. All genres, capture types, black & white and color, traditional and non-traditional photographic and digital post-production processes are welcome for submission.

GUEST CURATOR | ALINE SMITHSON
Aline Smithson is a visual artist, editor, and educator based in Los Angeles, California. She is best known for her conceptual portraiture and a practice that uses humor and pathos to explore the performative potential of photography. Growing up in the shadow of Hollywood, her work is influenced by the elevated unreal. She has exhibited widely including over 40 solo shows at a variety of international institutions and her work has been featured in publications including The New York Times, The New Yorker, and PDN.

Smithson is the Founder and Editor- in-Chief of Lenscratch, a daily journal on photography. In 2012, she received the Rising Star Award through the Griffin Museum of Photography for her contributions to the photographic community and she also received the prestigious Excellence in Teaching Award from CENTER. In 2014 and 2019, Smithson’s work was selected for the Critical Mass Top 50. In 2015, the Magenta Foundation published her first significant monograph, Self & Others: Portrait as Autobiography, and in 2016, the Smithsonian Air and Space Museum commissioned Smithson to create a series of portraits for the upcoming Faces of Our Planet Exhibition. In 2018 and 2019, her work was exhibited in the National Portrait Gallery in London as part of the Taylor Wessing Prize. Kris Graves Projects published her book, LOST II: Los Angeles and included her work in SOLACE and On Death. Peanut Press released her monograph, Fugue State, in Fall of 2021. In 2022, Smithson was recognized as a Hasselblad Heroine.

PRIZE DETAILS: Up to 36 Images will be selected by the juror for exhibition at Praxis Gallery. One Curator’s Choice and three Honorable Mentions will be awarded and featured in the exhibition, the printed show catalog, and the online exhibit gallery. Curator’s Choice will receive free entry into three juried calls for entry of their choice and a complimentary exhibit book. Not eligible to enter? - Find contest where you are.

COPYRIGHT: Artist retains all copyrights to their own images. USAGE RIGHTS: Artists whose photographs are accepted for exhibition grant Praxis Gallery the nonexclusive right to use, print, and reproduce submitted digital files for the purpose of the exhibition, promoting the artist, promoting related programs and subsequent display on Praxis Gallery's website, social media and online exhibition archives. The artist's name and photo title will be included wherever the photographs are displayed.