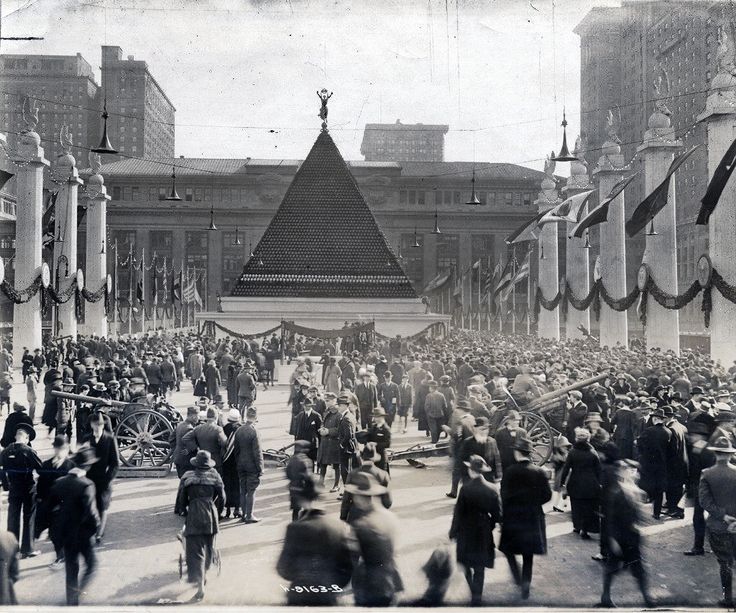 There are some places in the world that you may recognise well even if you have never been there. They are present in films and in television programmes, and imprinted so deeply on our minds that we feel as if we know them intimately. The Golden Gate bridge, the Tower of London, Central Park in New York – these places are very famous indeed. But they didn’t always look the way they do now, and you may be surprised to see how they looked in the past. These historic photographs give us a great view of what life used to be like in these places, or what the world looked like before they existed. 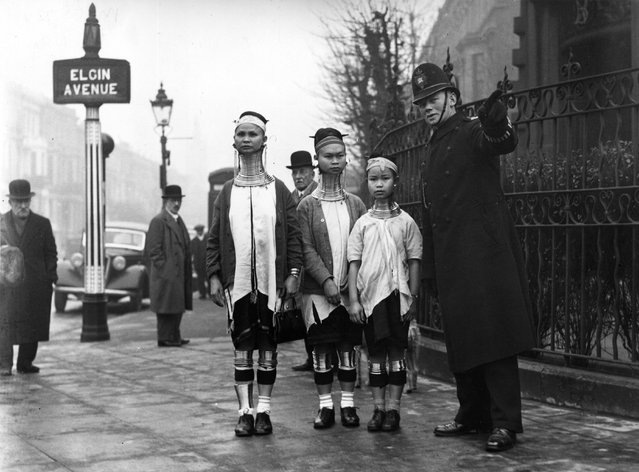 This photograph from 1935 shows a policeman giving directions to some Burmese women. Taken on the streets of London, it certainly shows something a little different to the normal residents of the city! You can even see people staring after them in the background.

This photograph was taken at New York’s Grand Central Station in 1918. If you have visited New York, you may notice that the pyramid in the image is no longer there! It was built out of captured helmets from German soldiers in the First World War. The whole display was put together to try to raise money for the 5th War Loan, with two pyramids facing each other that both contained 12,000 helmets. 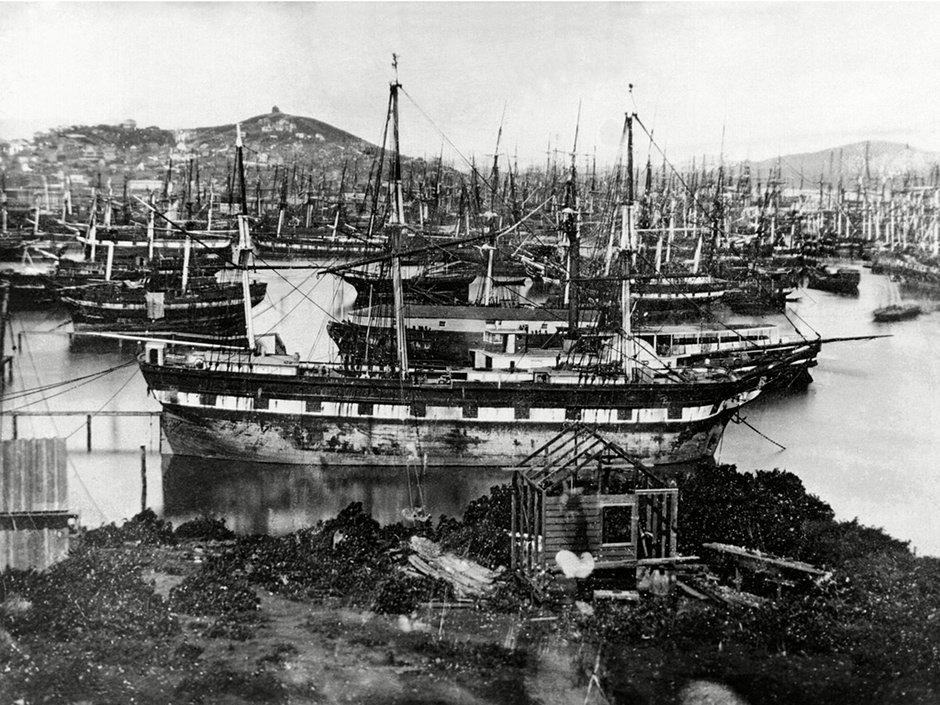 Here you see San Francisco Bay as it appeared in 1850. At this time, the Gold Rush had brought a huge amount of prospectors to the region, some of whom never intended to sail back out. As a result, hundreds of ships were abandoned in the bay. You can see them stretching far into the distance of the photograph. 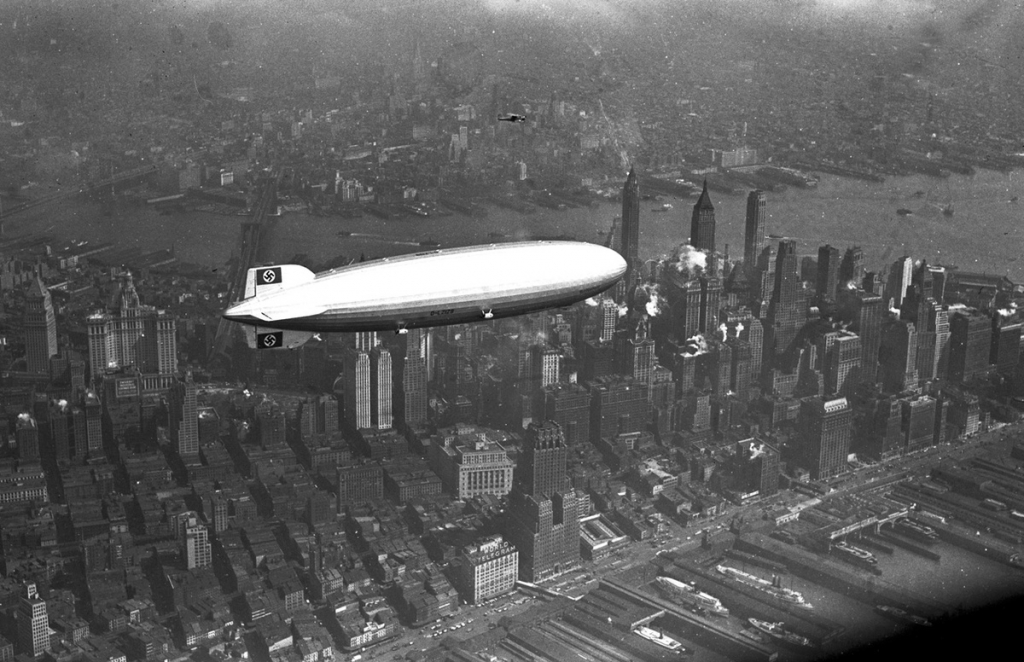 In 1936, the Hindenburg flies over lower Manhattan. Chillingly, the Nazi swastikas can be clearly seen over the skyline of New York. A video taken at the same time also shows the craft going past landmarks such as Central Park and the Empire State Building. 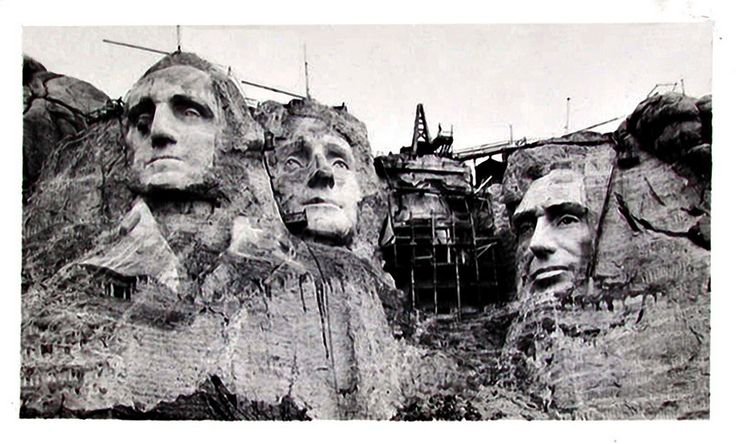 This image, taken sometime in the late 1930s, shows the ongoing construction work of Mount Rushmore. Three out of the four heads appear finished, but the last one has only just begun. Thanks to publicity surrounding the build, there are plenty of photographs of builders working on this monument, with scaffolding surrounding the heads. 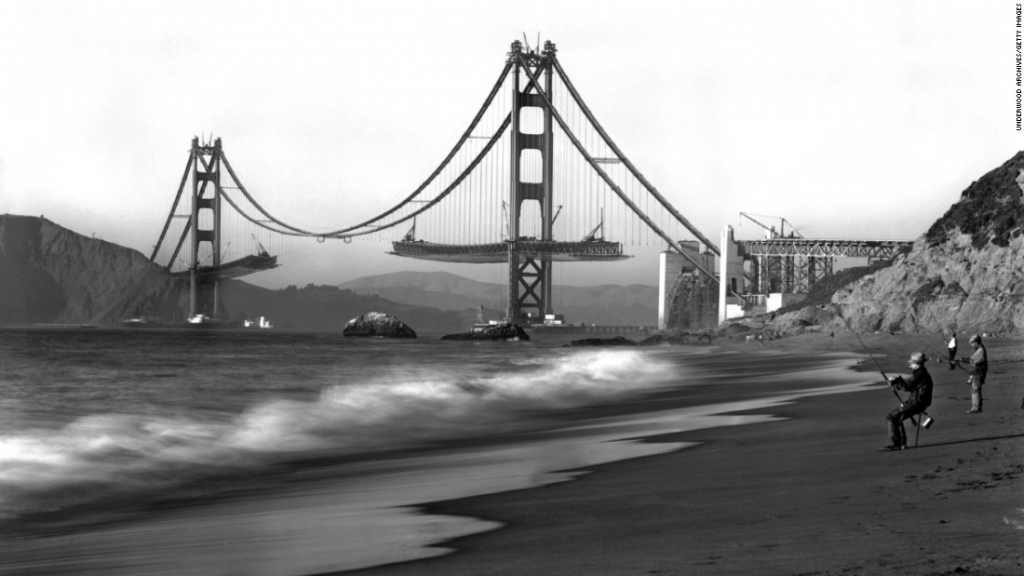 Taken sometime between 1933 and 1937, this photograph shows the Golden Gate Bridge under construction. This iconic landmark is a huge and unforgettable part of the view today, but the fishermen in the image were witnessing it for the first time. 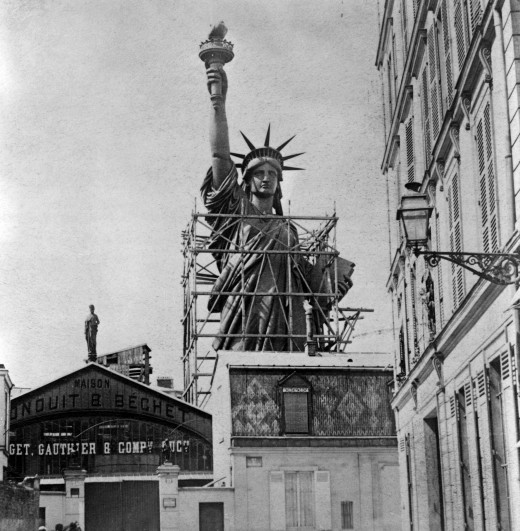 Here’s the Statue of Liberty in 1884 – but not quite as we know it! This photograph was taken before it was transported to the United States, while it was still being built in Paris. The project was a huge one, and the head of the statue actually travelled while the body was being completed: it visited the Paris World Fair in 1878. 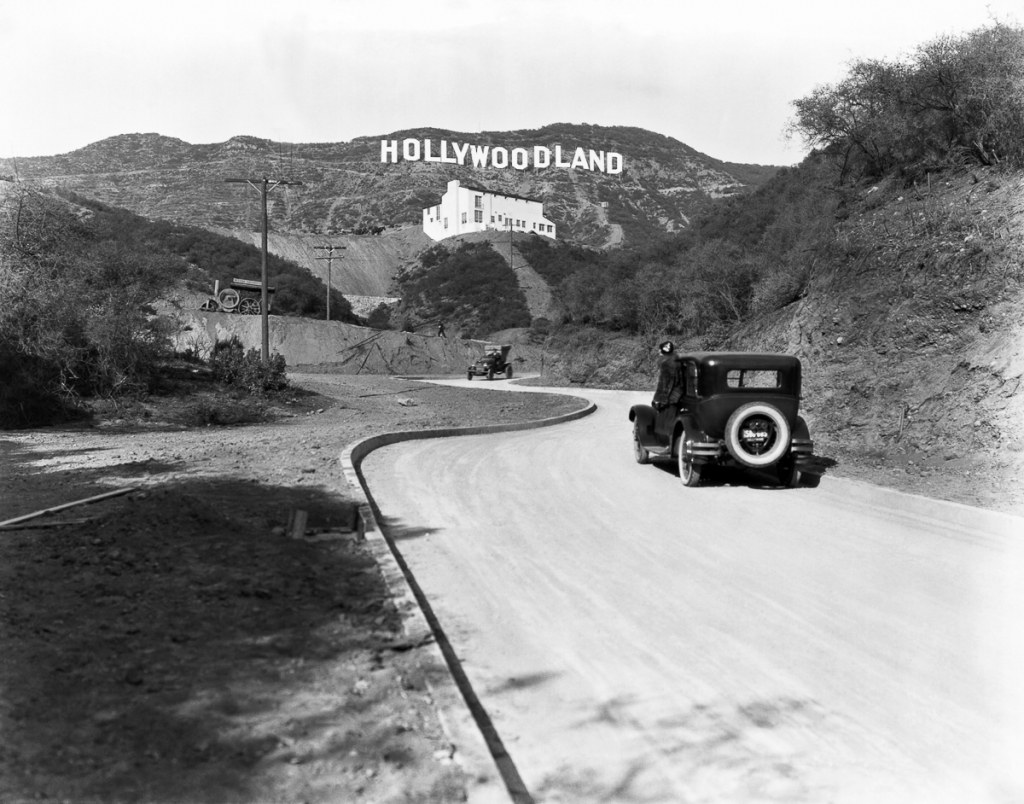 A sign advertises the opening of the Hollywoodland housing development in the hills on Mulholland Drive overlooking Los Angeles, Hollywood, Los Angeles, California, circa 1924. The white building below the sign is the Kanst Art Gallery, which opened on April 1, 1924. (Photo by Underwood Archives/Getty Images)

You perhaps already know that Hollywood used to be Hollywoodland – and here’s the evidence to prove it. This photograph from 1929 shows the famous sign before the last four letters were taken off. 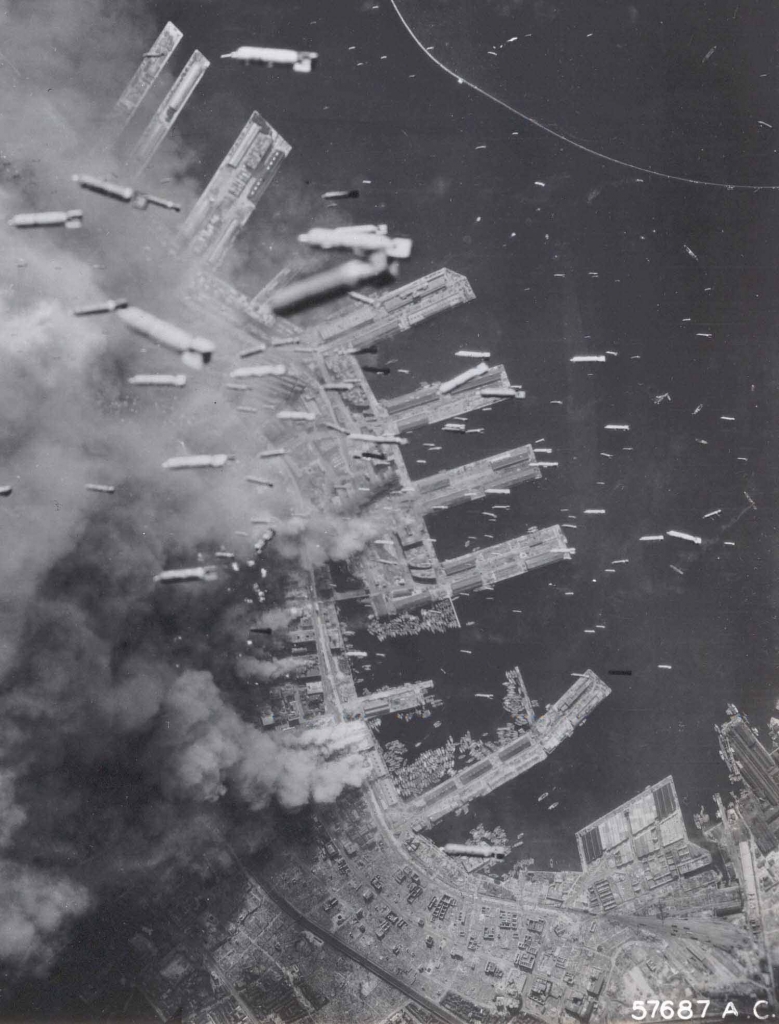 This grainy black and white image could have been any coastal city, but it is Kobe in Japan that is unfortunately represented here. The bombs dropping on the city can be seen in this view from one of the planes that launched them in 1945. 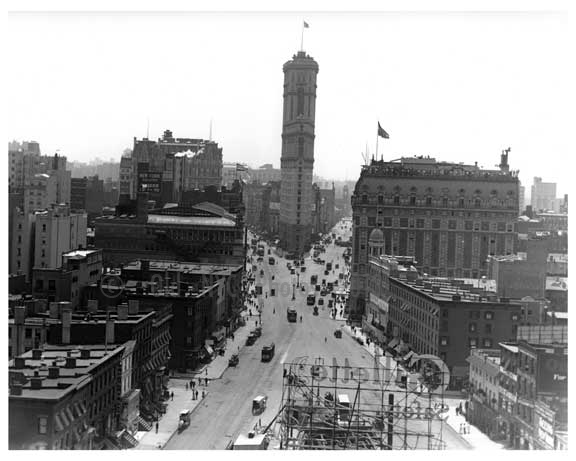 Finally, here’s a view of Times Square in 1915 – over 100 years ago. There is certainly a different outlook today, as bustling streets are lined with billboards and glass buildings have risen higher above the sidewalks.

JOIN OVER 88,328 and receive weekly updates!