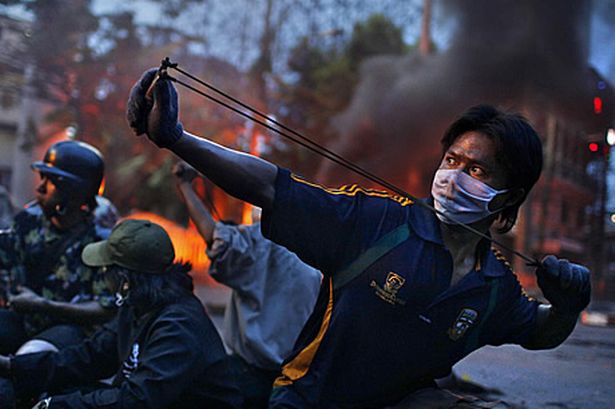 Shocking Images from Riots Around the World

In recent years more than ever, riots and uprisings have become a staple of the nightly news. In all corners of the world there are people who are dissatisfied with their lives and willing to make a stand to make things better – and this is something that is by no means new. Take a look at these incredible and shocking images of riots throughout history and across the world, which show how far we are willing to go in order to stand up against something we believe to be wrong. 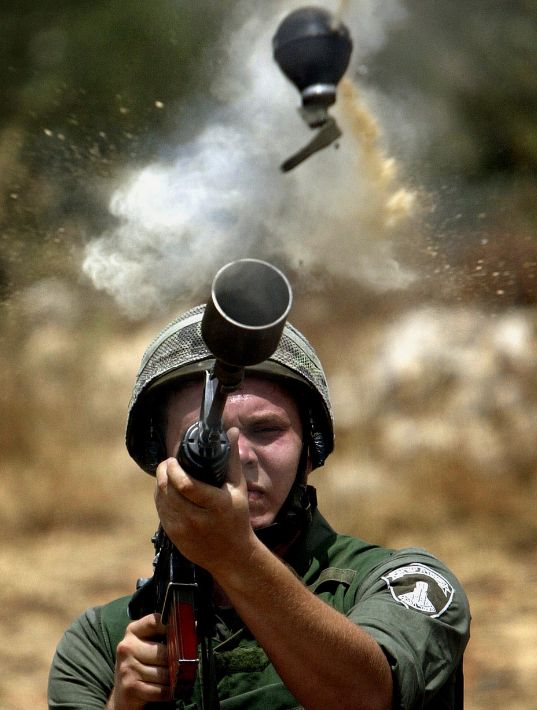 In this image, photographer Goran Tomasevic captured an Israeli border policeman firing a tear gas canister. His target was the protestors who stood against the construction of a controversial security barrier. Taken in June 2004, it paints a drastic and tarrying picture of how it feels to become a target of anti-riot measures. 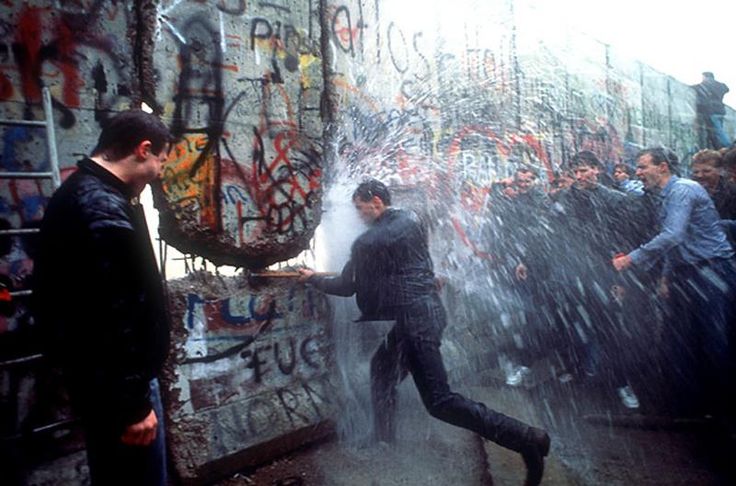 Tom Stoddardt captured this shot during the 1989 destruction of the Berlin Wall. This protestor has begun attacking the wall with a hammer, and despite the hoses turned on him by police, he continues to strive on. He shows true determination and will not be swayed from his task. 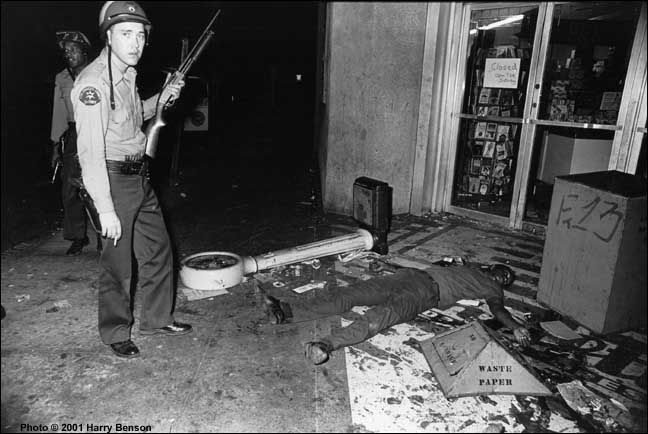 While violence between black victims and white policemen escalates in the US, this shocking image shows us that the riots are nothing new. Here, in 1965, an armed policeman stands above the body of a killed rioter in the Watts district of Los Angeles.

In South Korea in 1980, students and their supporters took to the streets to challenge the martial law that had been imposed in the country by Major General Chun Doo-hwan. They were massacred, as captured in this image by Francois Lochon. Many of those who were not killed on the scene were tortured and imprisoned. 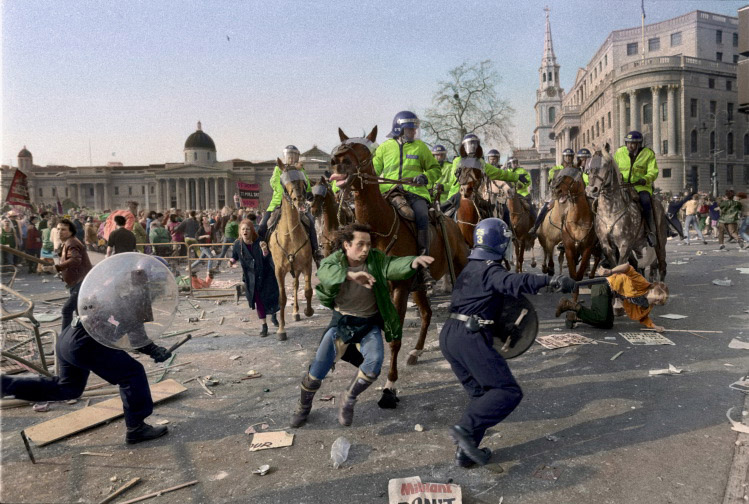 David Hoffman was able to capture this image and many more during riots in London, in March 1990. They were protesting the new poll tax introduced by Margaret Thatcher, which was seen to put an unfair burden on the poor. The violence in Trafalgar Square was not the first protest against the tax, and it was eventually replaced in 1993.

Tibetan Monks are known to be peaceful and quiet, so this image by Brian Sokol is particularly shocking. In 2008, a demonstration was carried out at the UN building in Kathmandu, Nepal, against the violence and killing in Tibet. In response, police used baton charges, tear gas, and arrests. 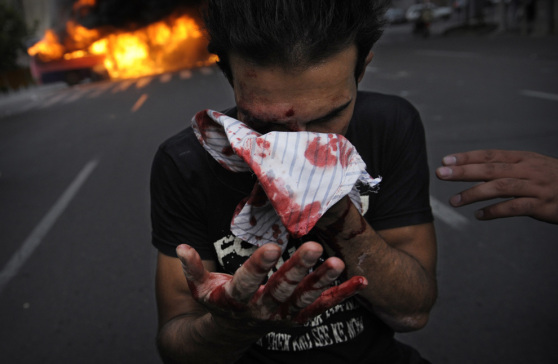 Covering his face with a cloth to absorb the blood, this young protestor stands in front of burning cars in Iran in 2009. He was a supporter of the presidential candidate who did not gain office. This image was captured by Olivier Laban-Mattei. It is unclear whether the hand to the right side of the image was extended in aid or to pull him towards police.

Corentin Fohlen won the 2nd prize Spot News Stories category at the World Press Photo Awards 2010 with this image, taken in Bangkok. It shows an anti-government protestor behind a barricade, facing off against the Thai army. 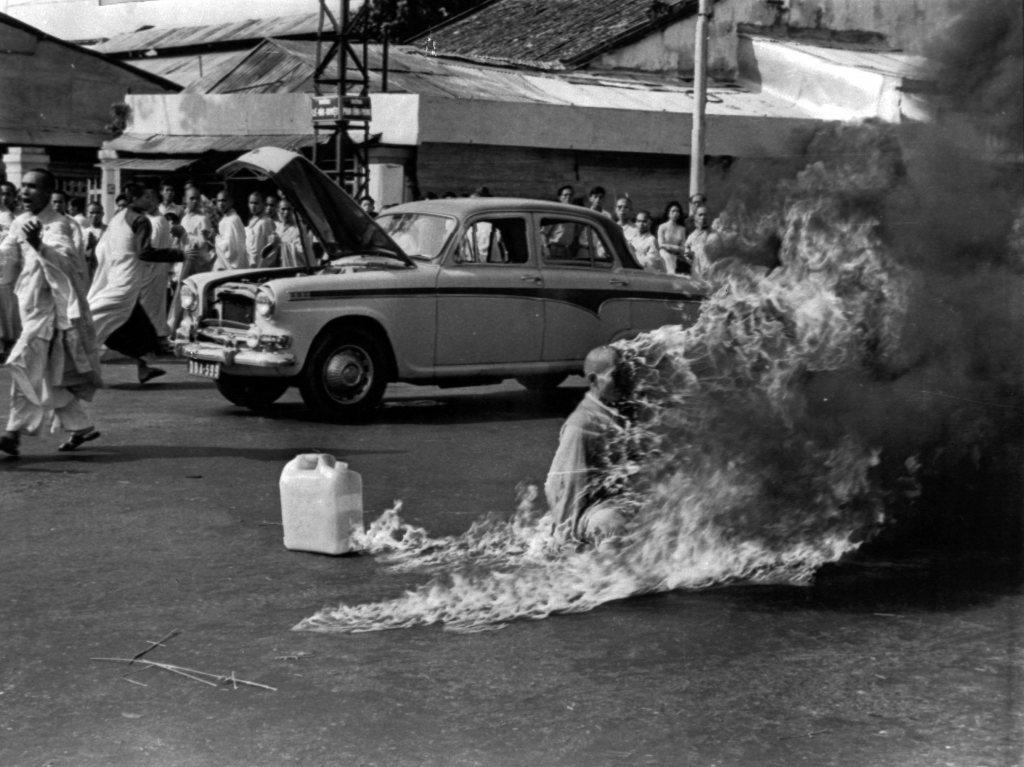 The image of Thich Quang Duc setting himself on fire is heart-stopping whether you have seen it before or not. The Buddhist monk decided to commit suicide by fire in a protest against the persecution of Buddhists by the Vietnamese government. Taken in 1963 in Saigon, this image is still truly powerful today. 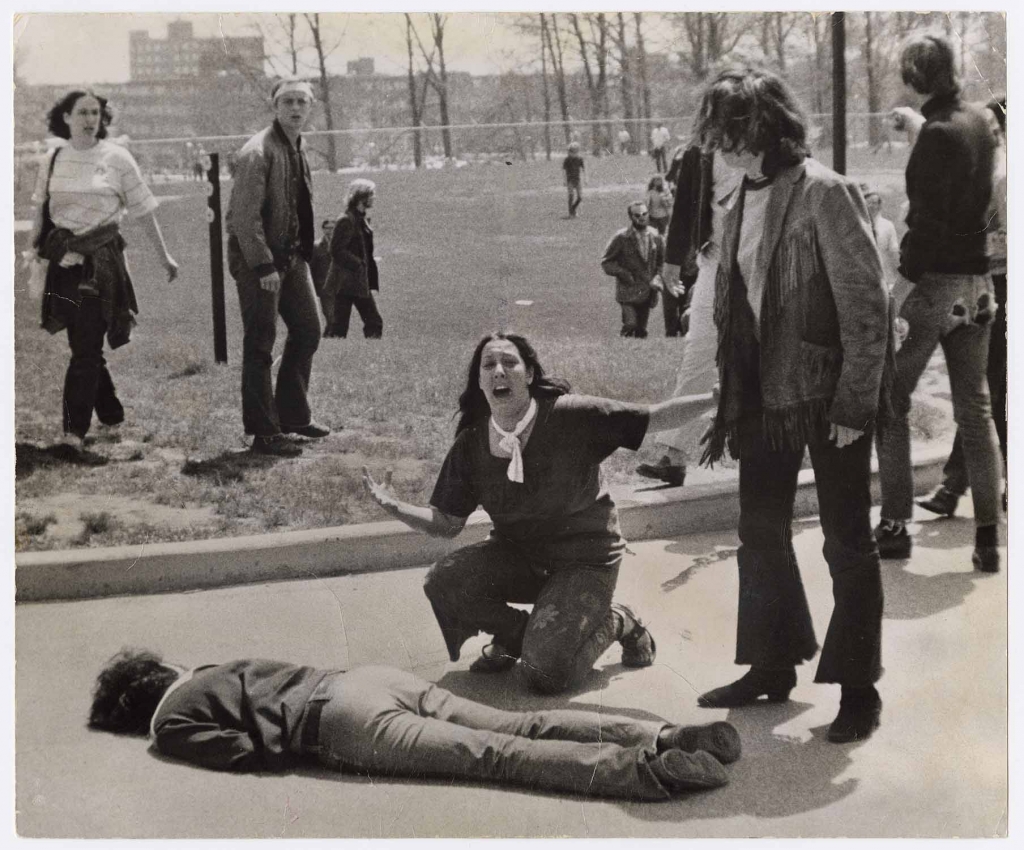 John Stilo’s image is shocking for two reasons: one, because it shows the body of a man shot by police, with his friends in hysterics; and two, because it happened in the USA, at Kent State University. Anti-Vietnam War protestors were fired upon by National Guardsmen, resulting in four deaths.