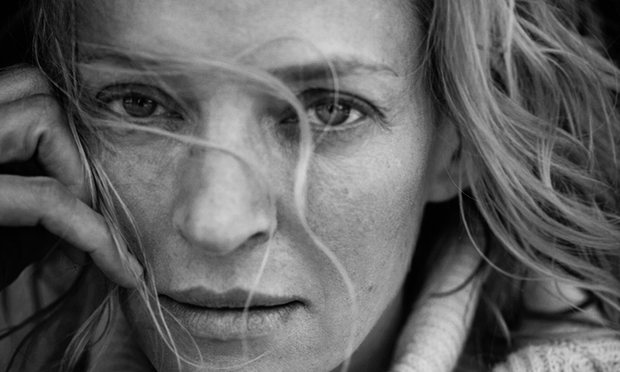 Real beauty in the 2017 Pirelli calendar

Traditionally, the Pirelli calendar is known for high-quality nude photographs, the pin-up dressed in art. It attracts the biggest name stars as well as some of the top photographers in the industry. This year, things are a little different, thanks to the inspiration of Peter Lindbergh.

Lindbergh is the photographer behind the 2017 calendar, and the German has taken a different approach to nudity. All of his models are fully clothed – but the photographs, he says, lay bare the souls of the women instead. He has titled it “Emotional”, and he put an emphasis on this during the press launch of the new calendar.

He has explained that his goal with the project was “not to shoot a calendar about perfect bodies but to capture sensitivity and emotion, laying bare the souls of the women in the images, rendering them more naked than a nude.” He feels that his work “conveys personality, sensitivity and the guts to be yourself”.

“I wanted to show women in a different way: I did this by asking actresses who have always played an important role in my life and to try and get as close to them as possible through my photos.  As an artist, I feel I have a responsibility to free women from the idea of eternal youth and perfection. Society’s ideal of perfection is impossible to achieve”, Lindbergh explained.

You may recall that Lindbergh has shot the Pirelli calendar in the past – in fact, this is his third time behind the lens.

His first foray was in 1996, when he photographed models in the El Mirage desert of California. He then took centre stage at Paramount Picture Studios in 2002. He also has a partial credit to his name: he worked alongside Patrick Demarchielier on the 2014 50th Anniversary Calendar. He is now the first photographer to have covered 3 of the annual editions.

While his previous editions were firmly based in certain locations, this one is a little more adventurous. It covers five locations: Berlin, Los Angeles, New York, London, and Le Touquet. There are 40 shots in the calendar which were taken in studios, on the street, in fast food restaurants, in hotels, on roofs, and on the beach. Rather than letting the location set the tone, this calendar is all about having the model speak for herself.

Uma Thurman described the experience by saying, “It’s almost like an interview – with a camera.” It’s certainly clear that Lindbergh has managed to capture something special, allowing these famous women to drop the roles that they normally play and try being themselves for a change. For actresses of this calibre, it’s not something that you see very often.

As is always the case, a short behind-the-scenes video has been put together to give a little glimpse of work as the calendar was being put together. This includes soundbites from most of the participants, as well as plenty of input from Lindbergh himself. The footage also shows some on-set scenes. If you are interested to know more about how it was put together, you can watch it here.

The Pirelli calendar often makes waves with its art-nude approach. This year, it will be making them for a very different reason indeed.

JOIN OVER 96,390 and receive weekly updates!