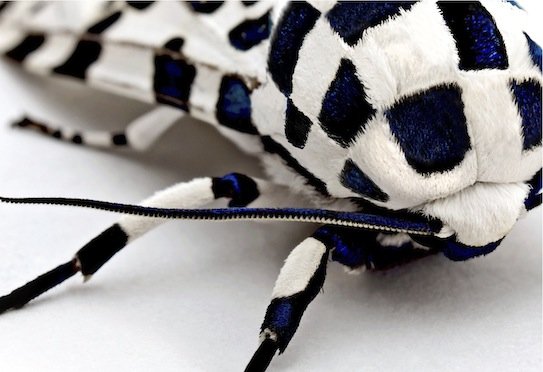 A Picture of the Year finalist from 2008 has had his photo taken and used by another artist to enter and win 1st place in a contest run by BMW, and to then walk away with a MacBook Pro and publication as a prize. 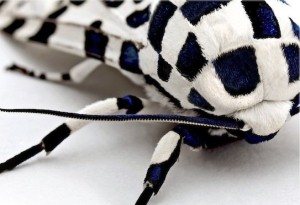 Winning entry in the Check-Mate Art Contest – by Romain Eloy

Published with the winning image is the following comment from MiniSpace:

We were mesmerized by the attention to detail displayed in Romain Eloy’s checkered insect. It blends excellent macro photography with sophisticated digital rendering to create a stylized image that blurs the line between the real and surreal.

MiniSpace.com which is a website owned by BMW, have been running a marketing campaign for their Mini Cooper via art contests, offering large valuable prizes, such as MacBook Pro’s, iPad’s, iPhone’s, and the like.

Sounds good right? but when Kevin Collins found out that his photo had been taken, manipulated, and then entered in to the Check-Mate photo contest  by Romain Eloy a 23 year old from France, and won 1st place, Kevin was not best pleased.

When we spoke to Kevin about this, he replied with:

I only recently discovered this issue when my Flickr stats led me here (Which is an article about photographers stealing from others). On March 31st, I sent an email to Minispace requesting that they provide attribution or remove all instances of Eloy’s photo.

In 2008, I posted the photo on Wikimedia Commons with a Creative Commons Attribution-Share Alike 3.0 Unported license: http://en.wikipedia.org/wiki/File:LeopardMothBlueSpots_edit2.jpg

Now, I will admit that my Wiki page does not specify a manner of attribution (when I uploaded the photo, there was no streamlined way to do this). 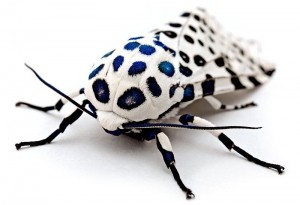 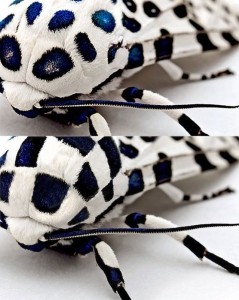 The top Image is a cropped version of the original photo taken by Kevin Collins. The bottom image is the manipulation of the photo. – Click the image to enlarge

We went on and asked Kevin if Eloy had informed him of his intentions? and Kevin replied:

I have yet to receive any communication from Minispace or Eloy.

Naturally, these claims infuriate me.

It is a monumental slap in my face for Minispace to classify Eloy’s submission as “100% original,” or as his “own artwork.”

As early as July 2012, people have informed Minispace that Eloy’s work is not original (the rules specify that submissions must be “100% original work”).

It has also been said that the disgruntled 2nd place winner Abdul Cader has sent a number of emails to Minispace over a period of many months with only a few sporadic replies.

In one of the replies Abdul received, Minispace said:

“[Eloy] digitally manipulated it enough – wittily retouching the moth’s spots into checkers – for it to classify as his own artwork, and for us to select it as first-place winner. Eloy’s work is not in breach of any copyright infringement laws and as such, we will not be making any changes to our winners selection and/or allocation of prizes.”

1. Under this CC license, does the original photographer retain the copyright to their photo?

3. If the photo is heavily manipulated so that it was questionable if it was still the original photo, would the original copyright holder have any claim over the new image even if in part only?

A copyright holder using a CC license keeps their copyright, but is simply choosing to dedicate some, not all, of those rights to the public.

We have contacted Minispace to comment on this, but as of writing this post, we’ve not had a reply.

Today, the link to the contest winner on minispace.com has been removed while they look in to the issue.

Today we received a reply from MiniSpace as below:

Regarding the MINI Space “Checkmate!” design competition, it has been brought to our attention that the 1st place winning entry violated the competition rules. We have since taken the concerns of our community seriously and looked into the matter in thorough detail.
We are excluding the winning entry retroactively from the competition.
We are very grateful to our passionate community for their continued dedication to “Creative Use of Space” philosophy for which MINI Space stands.

JOIN OVER 89,341 and receive weekly updates!