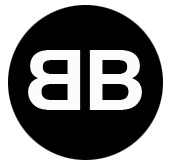 Black Box Gallery will host a juried group photography exhibition on contemporary portrait photography. Pose and Gesture, Image and Identity, Documentary and Street, Constructed Narrative, Self Portrait, Environmental, Vernacular and Snapshot, Fashion and Nude, all have visual arguments to make in the world of portraiture photography. What is the character, attitude and expression that binds this genre together?

Photographer Amy Arbus has published five books, including the award winning On the Street 1980-1990 and The Inconvenience of Being Born. The New Yorker called The Fourth Wall her masterpiece. Her most recent, After Images, is an homage to modernism’s most iconic avant-garde paintings. Her advertising clients include Chiat/Day, Foote, Cone and Belding, American Express, Saatchi & Saatchi, SpotCo, New Line Cinema and Nickelodeon. Her photographs have appeared in over one hundred periodicals around the world, including New York Magazine, People, Aperture and The New York Times Magazine. She teaches portraiture at the International Center of Photography, NORDphotography, Anderson Ranch and The Fine Arts Work Center. Amy Arbus is represented by The Schoolhouse Gallery in Massachusetts. She has had twenty-five solo exhibitions worldwide, and her photographs are a part of the collection of The National Theater in Norway, The New York Public Library and The Museum of Modern Art in New York.