You are here: Home > All > Planes, Trains & Automobiles Photography Exhibition

We humans like to move around. Mostly fast. Until about 100 years ago, a trip of 10 miles was a huge undertaking, an ordeal not to be taken lightly. Then Lindbergh flew across the Atlantic in his little flying gas tank and the whole world got a lot smaller overnight. After World War II cars got a lot faster and highways got a lot wider. In the 1960’s jet engines ferried the beautiful people (remember “the jet set”?) from London to New York City to Los Angeles and back again faster than Keith Richards could do a full body blood swap. Not to be out done, trains roared back into the transportation big leagues with the advent of Japanese and Chinese bullet trains, able to speed (literally) trainloads of people from city to city as fast as a jetliner but without the insanity of leaving the ground.  Here in the present we are experiencing the next great transportation revolution as electric vehicles are poised to make fossil fuel transport a thing of the past. And even driverless vehicles are entering the fray.

So this month 1650 would like to pay tribute to all the motor vehicles, flying machines and iron horses that have gotten us from there to here over the years, be they great or small, magnificent or mundane. Show us a graffiti covered A train in the manhattan subway or an old Erie Lackawanna rail car, an exotic bullet train or a San Francisco cable car. Snap a Model T or a 1966 Corvair or your new Tesla X — or how about your kid’s pedal car? Jetliners, Piper Cubs, hang gliders or a WWI Eindecker — we want your airplane and airport photos too. This month let’s dig deep and show a little love for the unsung mechanical heroes of our human wanderlust as 1650 celebrates the fuel, oil and electron filled world of PLANES, TRAINS and AUTOMOBILES!

Approximately fifty works will be chosen from submitted photos to be included in the Planes, Trains & Automobiles group photography exhibition at 1650 Gallery in Los Angeles. 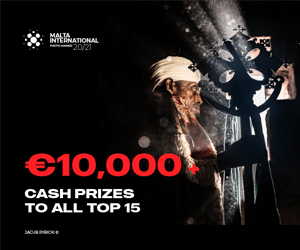 PRIZE DETAILS: AWARDS: Best In Show, 2nd Place and 3rd Place will be awarded and posted online after the show opening. Award winning photos will be featured on the show page and Best In Show winners will have a small portfolio of their work (up to 10 images) featured in our 1650 Spotlight gallery of photographic excellence.</p>
<p>All Awards winners will also be featured in our 1650 Gallery newsletter, which is broadcast via email to our mailing list. Getting the word out about artists we're excited about helps you do more great work, helps us show more great work, and helps keep the often insular world of fine art photography more diverse and vibrant.</p> Not eligible to enter? - Find contest where you are.

JOIN OVER 94,991 PHOTOGRAPHERS GET PHOTO CONTESTS VIA EMAIL FOR FREE