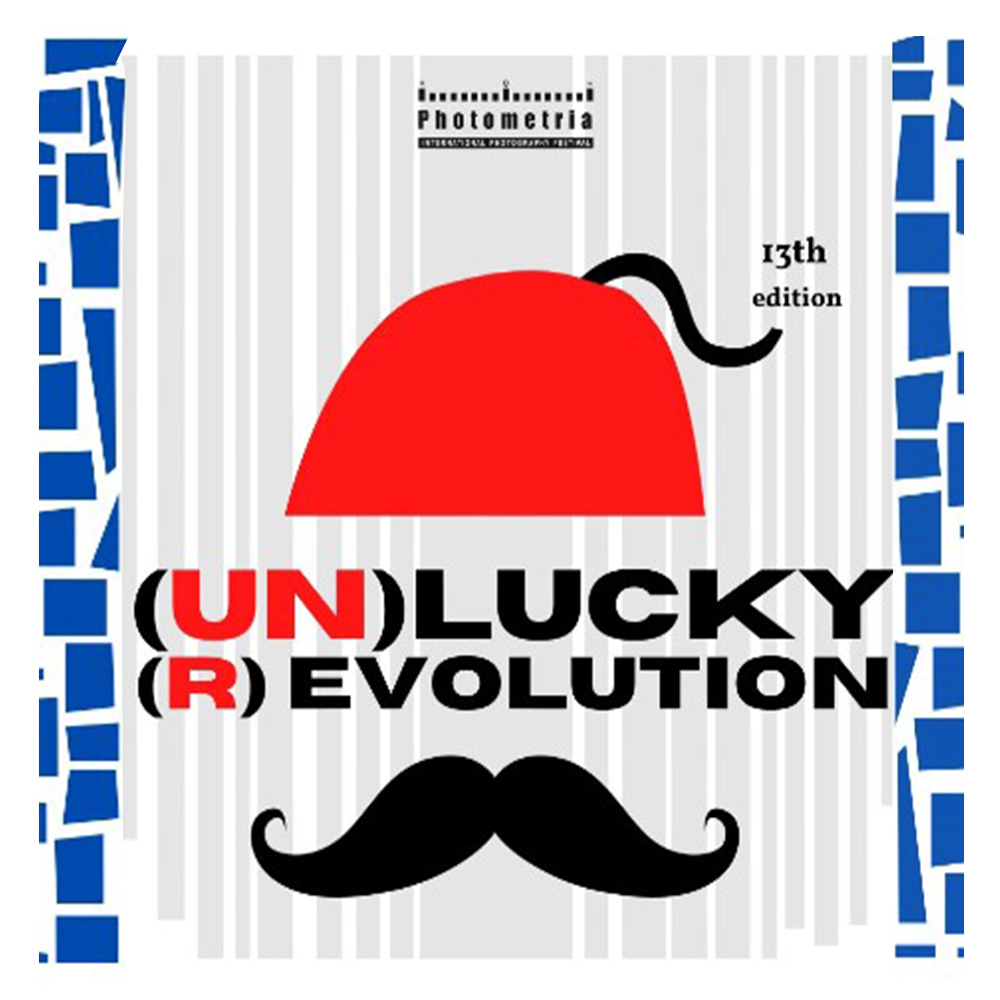 Photometria festival is organized for 13th continuous year in Ioannina city, while Greece celebrates 200 years since the Greek revolution. These two conditions inspired this year’s festival title. On one side, stands the popular expression of “unlucky 13”, on the other, the word revolution, honorary to rebellion’s anniversary. However, both words also hide “luck” and “evolution”, creating in this way a game among meanings. The prejudice of jinx is revoked by positive, lucky, outcomes, in a frame where we believed that they are not possible. A revolution, even a suppressed one, will eventually bring evolution. A kind of evolution that does not always mean improvement, a kind of evolution that may affect others than only humans. Which is our luck as mankind? Which is our evolution? What follows a revolution and for what is worth a person to revolute nowadays? Guided by luck but also by our own decisions, how do we wish to evolve ecumenical as humans, as society? The title wants to bring into the center these and other questionings. We live during a critical era, in which we are responsible for the future.

PRIZE DETAILS: 1st Award: Voucher for Olympus – OM Digital Solutions Products: 1000€
2nd Award: OLYMPUS E-M10 III S 1442IIR Kit blk/blk
3rd Award : CULLMANN PANAMA CrossPack 200, black, sling bag
One of the three winners has the opportunity to participate in the next year’s festival with a solo exhibition. Not eligible to enter? - Find contest where you are.

COPYRIGHT: – The Photometria Festival is not obliged to return the printed photo to the participants.
– Participants grant the right to the organizers to publish, display and print the photos, with the only condition that the photographer’s name will be mentioned. However, participants have no right to renumeration.
– The copyrights of the photos belongs to the photographers.
– The assessing of the photographs will be based on the composition, consistency and their relation to the competition’s theme “(Un) lucky (R) evolution”. USAGE RIGHTS: 1. In the context of the Photo Competition Photometria Awards 2021 we are going to use the 25 best photos for a photo exchibition 2. all the photos shown through our web site... the 25 best photos printed in a exchibition 3. all the photos will be puplished in our web site for 1 year, the 25 best photos for 10 days during photometria festival 2021 4. only the organiser has the right to use them but the copyright belong to the creators

JOIN OVER 91,313 PHOTOGRAPHERS GET PHOTO CONTESTS VIA EMAIL FOR FREE