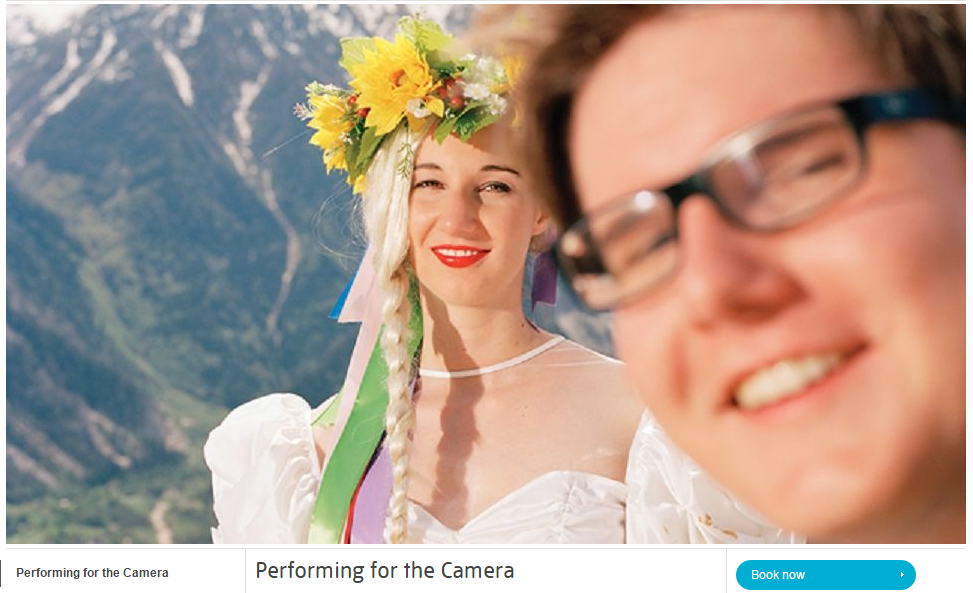 Photo Exhibition: “Performing for the Camera” at Tate Modern

If you’re going to be in London at any point between this article’s date of publication and June 12, 2016, we highly recommend stopping by Tate Modern for a special exhibition called “Performing for the Camera.” The exhibition is photography-centered and creatively presents the relationship between photography and performance from all angles.

Tate Modern is an international art museum in London that features modern art. It usually has free admission, the exception being special exhibitions, like this one. But don’t fret! The ticket prices for this exhibit are £14.50 plus a donation if you wish, and children under the age of 12 get in for free.

Performing for the Camera

This exhibit explores the idea of putting on a performance while someone photographs it, which can include anything from performance art to portraiture to selfies. According to the website, the exhibit focuses on answering the question, “What does it mean to perform for the camera?” It explores all the various time periods in which cameras have been used to photograph performances, from Victorian times to now.

The exhibit features over 50 photographers, each providing unique perspective into the performance-camera relationship: “…the exhibition explores the relationship between photography and performance, engaging with serious, provocative and sensational topics, as well as humour, improvisation and irony.”

When you walk through this exhibit, you’ll view over 500 images. You’ll see vintage prints, giant marketing posters, and photographs from Instagram. “It is a wide-ranging exploration of how performance artists use photography and how photography is in itself a performance.”

As a photographer, you’ll get the opportunity to appreciate (and laugh at) some of the more taboo aspects of the field that usually only exist in the brief moments before the photograph is captured.

Simon Baker, the top photography curator for Tate Modern, recently selected his top five favorite artists who contributed to this exhibit. These picks should give you a good idea of the range of things you can expect from “Performing for the Camera” should you choose to visit. 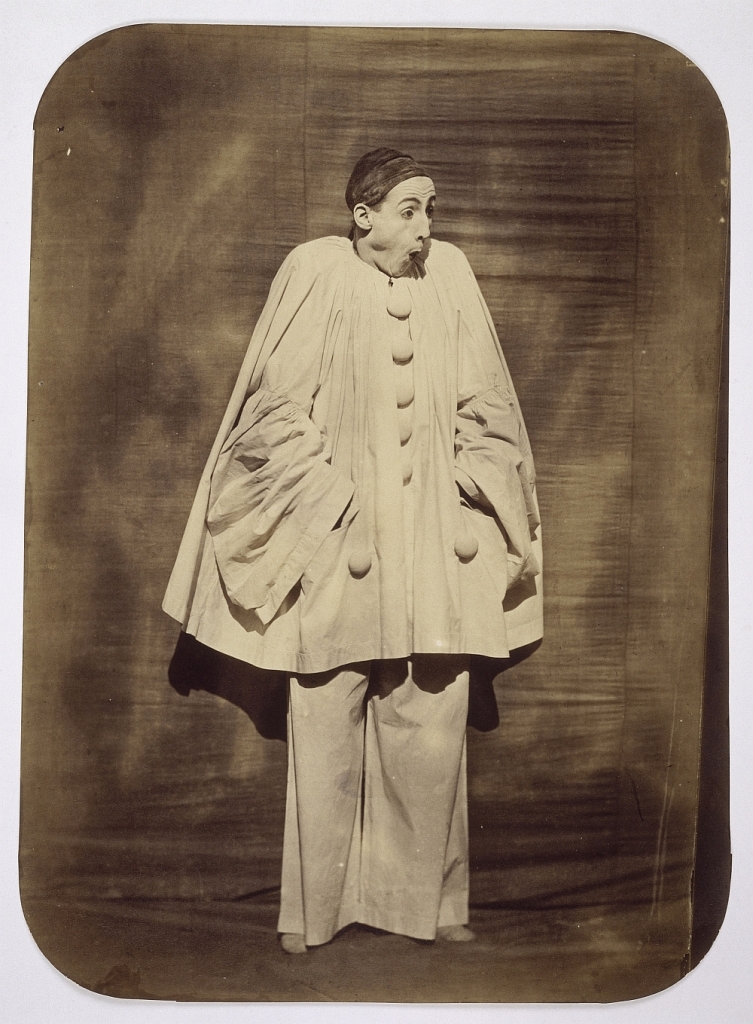 Known for being the most successful and popular photographer in Paris in the 1800s, Nadar loved to photograph celebrities of the time. Celebrities would come to his studio to hang out and be photographed. Perhaps best well-known was his series of photos which captured Charles Deburau miming emotional poses while dressed like Pierrot, who was a famous clown-like character. The relationship between Nadar and the other celebrities serves as a multi-layered example of performance in front of the camera: performers getting off work and coming over to perform for a photographer.

The late Francesca Woodman was a student photographer who performed for her own camera—she photographed her own body, often naked, posing in eerie scenes with grungy textures and odd themes. Even more chilling is that fact that Woodman ended up committing suicide at age 22—which brings up many questions about the intent and meaning behind her photographic performances.

Eikoh Hosoe is a famous Japanese photographer who pushed the boundaries of his time. He photographed famous dancers, choreographers, actors, and writers; notable examples include Yukio Mishima (a famous writer and bodybuilder) and Tatsumi Hijikata (an influential dancer and choreographer).

Anyone of this time period will be able to appreciate, or be entertained by, Amalia Ulman’s work. Ulman used her Instagram account to fabricate an elaborate story about her alleged move to California and her attempts to fit in (which included plastic surgery). She had most of her followers, which included art critics, fooled by her performance.

Again, be sure to stop by Tate Modern if you’re in London. This is an exhibition you won’t want to miss!

Melanie is a writer, photographer, graphic designer, and avid gamer. She has a BA degree in Humanities with a minor in English Writing and has written articles for various online publications. Visit Melanie's website melandcholy.us to get to know her a little better through hilariously illustrated personal essays. View all posts by Melanie Mayne