You are here: Home > All > PERSONAL LIGHT | the PhotoPhore photography award

The PhotoPhore is glad to launch its online photography award: PERSONAL LIGHT.

Artists, photographers and amateurs are invited to submit photo works about their personal interpretation of the concept of LIGHT.

PARTICIPATION is FOR FREE!

THEME
How we perceive the light? A physical phenomenon which is seen differently by each one of us. A subjective element both from a sensorial point of view, and for the meaning we attribute to it. Light acts as a physical organism which modifies and get modified by the surrounded reality. Changeable, iridescent, interpreted in different ways. An alive subject which has always been a protagonist into art and architecture. Often, it’s the light itself that “builds/creates” art and architecture.

We invite you to consider light as the choice of what to enlighten and what to leave in the darkness. Light as attention. Something that illuminates what we decide and want to see, and that excludes the rest into darkness. It enlightens the path we want to walk, it focuses on the aim we want to achieve.

Light can also be considered as a chance; parts of the context that can’t be totally controlled but that gives us the possibility to be addressed. Light as an independent energy which casually lights up and discovers the possibilities we can seize. A light we need to adapt to, to fight, to shade or direct. Light to be embraced. 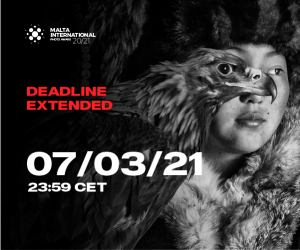 At the end of the contest, there will be a DIGITAL PUBLICATION with winner’s dedicated detailed articles and finalists’ mentions (with winning pictures included!). Not eligible to enter? - Find contest where you are.

COPYRIGHT: Authors of works own the rights to the images submitted. USAGE RIGHTS: Pictures submitted will be post on our official website and social networks with credit and author always stated.

JOIN OVER 95,028 PHOTOGRAPHERS GET PHOTO CONTESTS VIA EMAIL FOR FREE