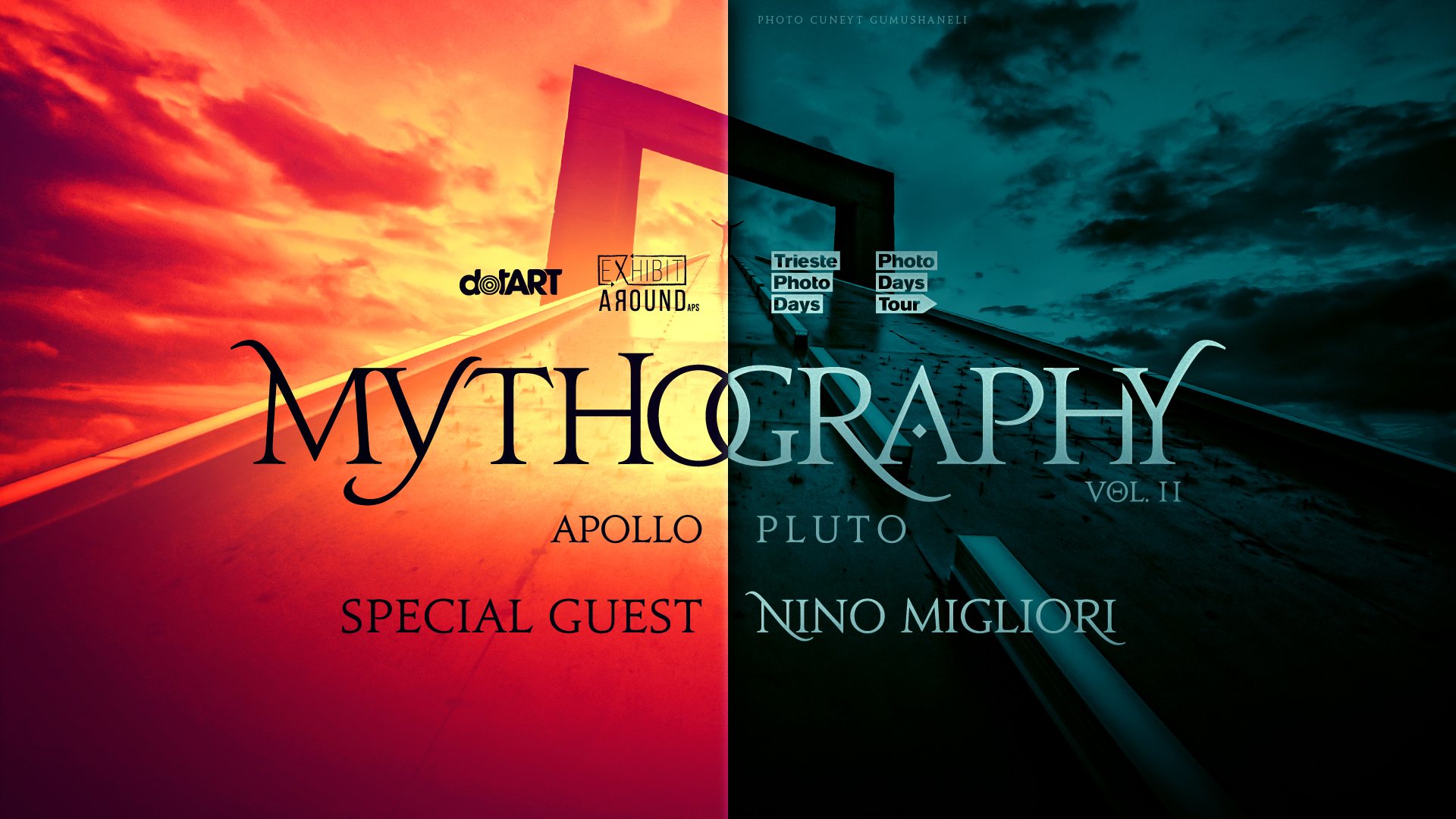 The dotART and Exhibit Around APS associations, promoters of the Trieste Photo Days festival, are launching a free open call for the second volume of the editorial project Mythography II, a series of collective photographic books freely inspired by Greek and Roman mythology.

Selection for Mytography II, dedicate to Apollo and Pluto, is open from 19 April to 22 May 2022. Registration is completely free, as well as the participation in the project in case of selection.

The call is addressed to photographers interested in submitting single photos and/or projects/portfolios/series freely inspired by a theme of their choice among those represented by the deities of the Greek/Latin pantheon: Apollo and Pluto.

Apollo, god of the Sun and Art, representing the themes of colour and light, fine-art and abstract photography.
Pluto, god of Shadows, symbolising night photography, black & white, shadows and silhouettes.

Each author is free to infuse his works with his own stylistic style, as well as to choose the type of photography that is most congenial to him. It is possible to submit works for more than one theme.

Special guest of the book and the exhibition is a master of Italian photography history: Nino Migliori.

The book will be edited and introduced by Enrico Medda, Professor of Greek Literature at the University of Pisa, who has already worked as a scientific consultant on the first volume of the series.

The best photos and projects will be included in the volume Mythography II, which will be presented during the opening weekend of the Trieste Photo Days festival (end of October 2022), with a conference in which Nino Migliori and Professor Medda will also take part.

PRIZE DETAILS: The Best Author of the project and the Honorable Mentions, will be awarded with a medal by Nino Migliori during Trieste Photo Days 2022 (end of October). Not eligible to enter? - Find contest where you are.

COPYRIGHT: Each photographer retains the moral rights and intellectual property rights to his or her entries. Each author grants the dotART and Exhibit Around APS associations the non-exclusive right to use the winning/selected images to promote/publicise the non-profit activities of the association, subject to official communication to the author (whose name will always be attributed to the work). USAGE RIGHTS: By entering the competition, the Author accepts the present rules and declares that he/she is the owner of the intellectual property rights and of the rights of use of the submitted image and of any necessary release notes. Documentation of rights ownership must be presented to dotART and Exhibit Around APS upon request.