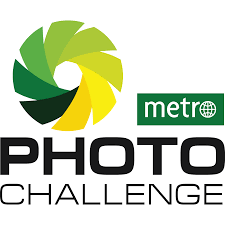 Metro Photo Challenge 2015 invites you to take your camera and portray the city with your own eyes! A competition that invites photographers to showcase their talents through the magic of street photography.

Since 2004 Metro Photo Challenge invites you to express yourself through photography. This year’s edition will run from September 22nd till December 15th. Each country will have a local vote that will define 6 local finalists, of which 3 will be chosen by local juries and 3 by public vote, which will be announced on December 9th, and then compete in the Global Grand Final of Metro Photo Challenge. Global winners will be announced on 15th December.

For each theme there will be a Grand Winner with a Grand Prize to INDIA!

PRIZE DETAILS: The three (3) Global Grand winners, selected by the Global jury will each receive the Grand Prize which is a 5 days Photo Expedition to India (value of around 4,000 euro) , in the first or second semester of 2016. Not eligible to enter? - Find contest where you are.

COPYRIGHT: By submitting your photo to the Metro Photo Challenge 2015, you give Metro and its chosen partners and affiliates the right to (including but not limited to) reproduce, amend, exhibit, print, use and to any third party assign and sub-license the photo, in any form, for marketing and editorial purposes in any media related to the Challenge during five (5) years from the date of the Challenge’s closure without remuneration or compensation. USAGE RIGHTS: If your photo is used by Metro or its partners or affiliates as set out above, your name and the country in which you reside will be published in connection with the photo.

JOIN OVER 88,328 PHOTOGRAPHERS GET PHOTO CONTESTS VIA EMAIL FOR FREE