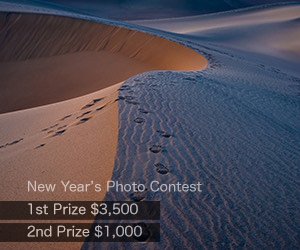 The competition aims to promote artistic interpretations of architectural spaces and objects, whether they are inside the urban space or not, but it does not aim to promote a simple depiction of architecture in photographic or video images. Our desire is to encourage creative representations, which create new meanings (using the two instruments – the photographic and the video image). The entries should describe a dialogue between: a. one / multiple buildings or interior / exterior architectural spaces and b. photographic art or video art.

The goal is to bring value to both the architectural and the artistic creation.

The jury will be the same for both sections of the competition and will be comprised of photographers, art curators, architects and visual artists from Central and Eastern Europe.
The entries selected by the jury in the first round of evaluation will be published in the on-line exhibition Lost in Trans(ap)parencies, photo-video contest which will be featured on www.east-centricarch.eu platform starting 23rd of September. The same entries will also be exhibited in the print and video exhibition Lost in Trans(ap)parencies, which will be inaugurated on October 18th, during the Triennale.

The public will have the possibility to vote the favorite work in each section from the entries featured in the online exhibition. The entry that gathers the most votes, one entry from each category, will be declared the winner of the Public voting Award. In the same time, the jury will select the best work in each category, which will be declared the winner of the Jury Award.

The Award Gala will take place on October 18th, after the opening of the exhibition (print and video) Lost in Trans(ap)parencies. 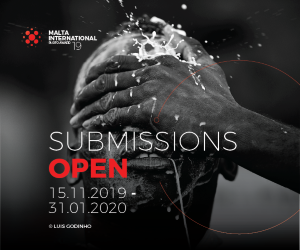 Photograpy Section: The winner nominated by the jury and the winner chosen by the public vote will receive prizes consisting in bilingual (Romanian - English) architecture books and Arhitext magazines worth 100 euro + special prizes from the contest partners.

Video Section: The winner nominated by the jury and the winner chosen by the public vote will receive prizes consisting of bilingual (Romanian - English) architecture books and Arhitext magazines worth 100 euro + special prizes from the contest partners. ELIGIBILITY: Europe / 18+

Each picture must have the dimension of the small side of at least 15 cm, should be at 300 dpi (pixels / inch) resolution and in JPG format Not eligible to enter? - Find contest where you are.

COPYRIGHT: By entering the contest, the participant acknowledges and warrants that the submitted work is an original work created solely by the entrant, that it does not infringe on the copyrights, trademarks, moral rights, rights of privacy/publicity or intellectual property rights of any person or entity, and that no other party has any right, title, claim or interest in the submitted entry. USAGE RIGHTS: By entering the contest, the participant agrees to the publication of the submitted photographs on the www.east-centricarch.eu website, in Arhitext magazine, on the website, blog and Facebook page of the organizer.

JOIN OVER 98,845 PHOTOGRAPHERS GET PHOTO CONTESTS VIA EMAIL FOR FREE