Photo Contest Insider Blog
You are here: Home > Blog > What You Can Learn from these 10 Incredible Photographers 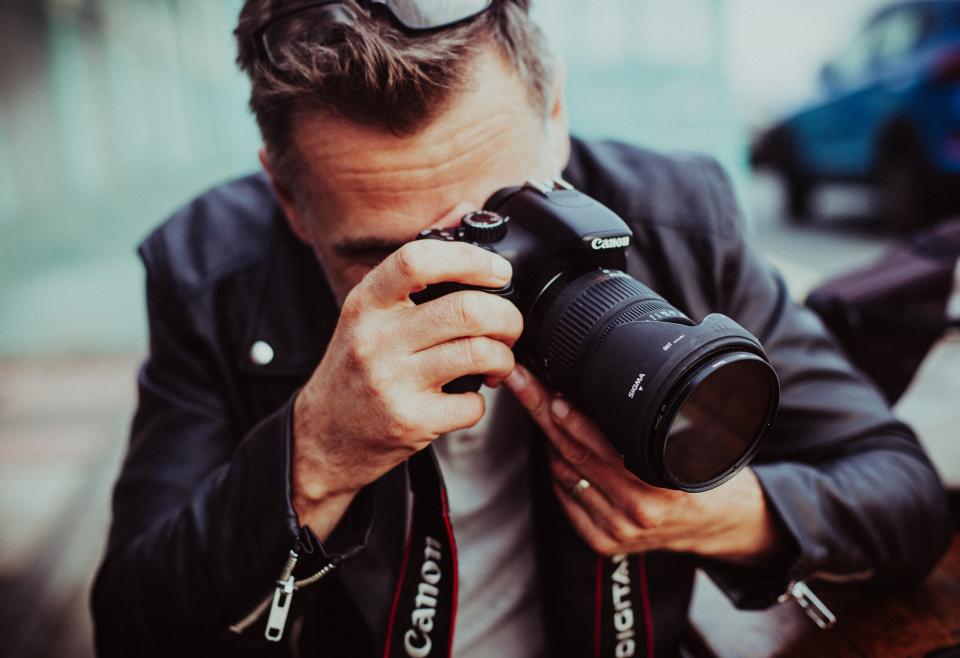 What You Can Learn from these 10 Incredible Photographers

We all know of at least one photographer whose work continually inspires us, whether it’s through their techniques, subject matter, or overall aesthetic.

While it can serve as the ultimate motivation to keep up-to-date with their work or scroll through their portfolios on a regular basis, we thought we’d shine more of an educational light on these photography pros.

That’s why we’ve rounded-up a list of the photographers who we believe are stand-outs within the industry. The best bit though? We’ll also be sharing what you can learn from these 10 incredible photographers. Let’s get started!

For those of you who aren’t so familiar with this photography great (you probably know him from his most famous photo, ‘Afghan Girl’), his portfolio explains: “Steve’s body of work spans conflicts, vanishing cultures, ancient traditions and contemporary culture alike – yet always retains the human element.”

Perhaps one of the biggest lessons we can all learn from Steve McCurry is that the equipment (including the camera model or lens you use) does not make a photographer – it purely comes down to the individual’s creativity and eye for detail.

One of the most defining moments in McCurry’s life that sparked his successful future as a world-famous photographer is when he took his first trip to India, travelling with little more than a bag of clothes and another of film. If you want to become a successful photographer, simply go and shoot. The very best will be able to produce stunning results regardless of what equipment they have at their disposal.

Mario Testino has been dubbed as a the “man who made models super”, however it wasn’t until the early 1980s that the Peruvian photographer began his journey in fashion photography. Now, he is often chosen as the trusted and well-loved portrait photographer of the most famous.

This successful photographer stands by the rule that one should never stop shooting until they believe they have 100% captured the image they’re after. Even if you have to spend hours on set before you are happy, this perfectionism with the medium will always pay off.

Perhaps the best example of this is when Mario Testino was shooting his most famous portrait of Madonna, which would later go on to be used for her Ray of Light album cover. Despite several hours of shooting, he simply refused to call it a day, and the pair continued into the late afternoon to capture what he believed was “the one”.

Annie Leibovitz has been a portraitist of celebrities since 1970, when she first went to work for Rolling Stone magazine. During her 13-year stint at the publication, she had built an impressive portfolio featuring the world’s most famous faces. She is also well-known for having photographed John Lennon on the day he was assassinated.

One of her most inspiring lessons comes from a discussion the photographer recently had in regards to the saturation of photographers in an industry which simply won’t have the amount of jobs available to house everyone.

What we can learn from this successful photographer is the importance of motivation and passion, along with the need to embrace entrepreneurship and not being afraid to just ‘go for it’. Be a self-starter and see where your journey into photography takes you. 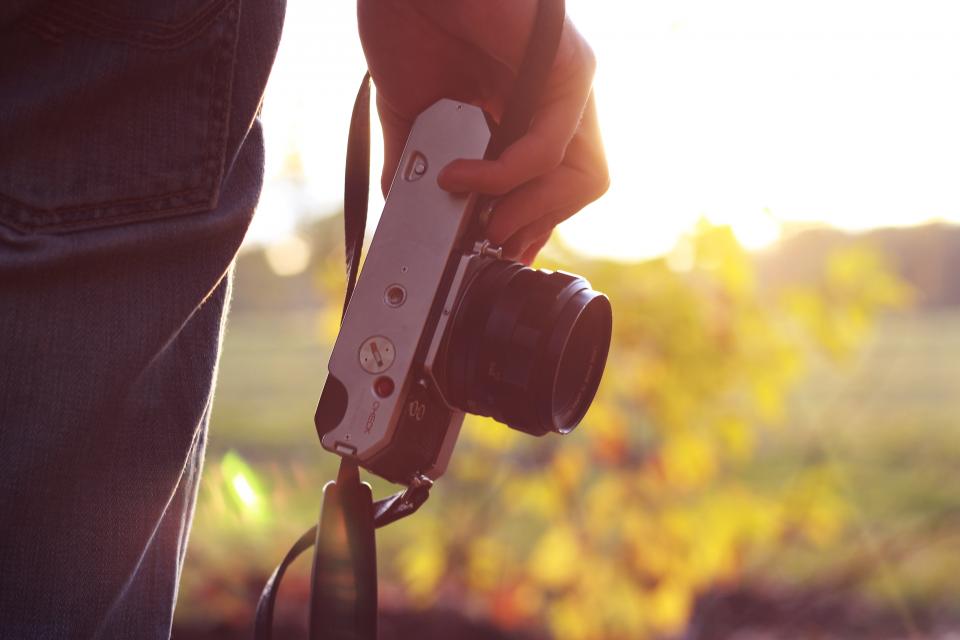 Henri Cartier-Bresson can be described as a “French humanist photographer” who was perhaps most famous for his early use of 35mm film, along with his ability to capture candid moments of the human condition.

One of the most cherished lessons we can all take into account from this photographer is to embrace our instinct with the medium, particularly when it comes to composition. Often, we’re caught up in aligning our photos to adhere to the rule of thirds etc., but what would happen if we just trusted our instinct and eye to capture our masterpiece?

Henri Cartier-Bresson states: “In photography, visual organization can stem only from a developed instinct.” Many of his photographs were taken spontaneously, yet over time (and through his natural talent for the medium), Henri was able to instinctively capture the most aesthetically pleasing results.

Ansel Adams was originally a piano player, however he (thankfully) made the switch to photography in the 1920s after he was inspired by the wilderness of central California.

His bio explains: “He wrote many technical works and encouraged museums and colleges to add photography departments, but didn’t achieve financial success for his art until late in life, when his images of Yosemite and the American southwest became icons of both 20th-century photography and environmental awareness.”

What photographers can learn from this master is that the processing stage is just as important as capturing the image with your lens (contrary to what other photographers may think). Ansel Adams is well known for spending a whole day in the darkroom, just to produce a single print.

He once remarked: “Dodging and burning are steps to take care of mistakes God made in establishing tonal relationships.” Ansel has no qualms with painting onto the enlarger the areas of the photo he believed should be darker or lighter, thus producing some of the most mesmerizing landscape photography you’ll ever see.

Brian Duffy was an English photographer and film producer who was most famous for his fashion and portrait photography, particularly during the 1960s and 1970s. It wasn’t until 1955 that Brian realized his curiosity for photographer, as he was freelancing as a fashion artist for Harper’s Bazaar and found inspiration in the photographic contact sheets he saw passing through the art director’s desk. He then went down the path of becoming a photographer’s assistant, followed by the transition to a fully-fledged photographer in his own right.

Many photographers will recognize the importance of Brian Duffy’s preference for capturing street-based photo shoots for magazines. As Masters of Photography explains: “Magazine images also started to reflect a more real, more urban way of living than the idealized fantasies of Irving Penn or Cecil Beaton.”

What we can all learn from this is to not just think outside of the box, but to also not be afraid of going against conventions within the medium. After all, you won’t know how fantastic something will turn out unless you try it. 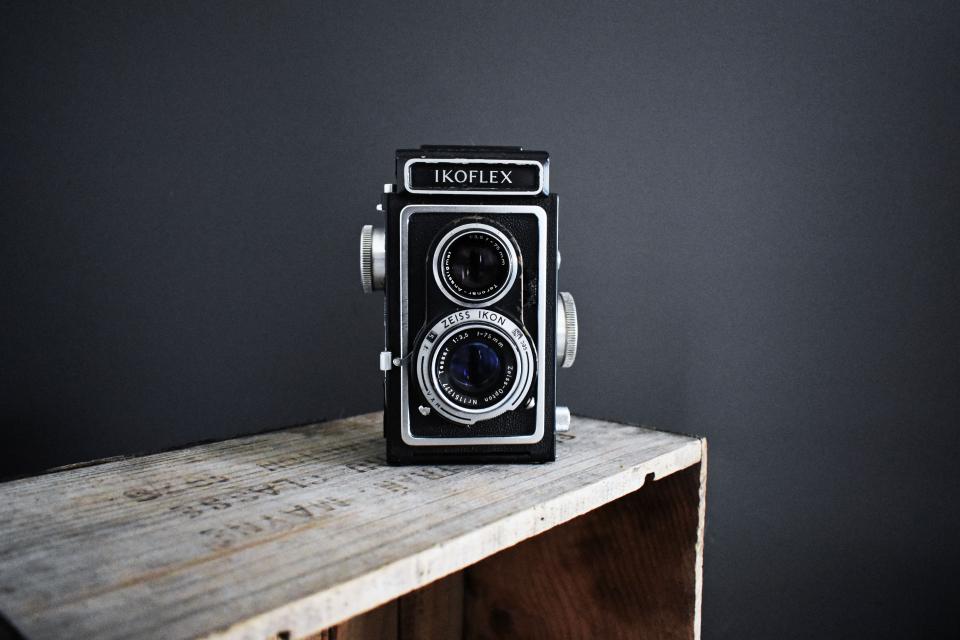 We featured the work of Zhang Jingna on the blog previously, but for those of you who aren’t so familiar with her, she is a fashion, beauty, and fine art photographer based in New York City. She was awarded Photographer of the Year at Elle Awards Singapore 2011, and was a recipient of the 7th Julia Margaret Cameron Award for Women Photographers. Her bio explains that her current projects “include artistic portrait photography at Learn Squared, the Motherland Chronicles artbook, and the chronicling of her processes on Patreon.”

Other than admiring the ethereal and dreamy qualities of her work, what we can perhaps learn most from this talented photographer is that you can (and even should) pursue profitable photography-related side hustles to boost your career.

When Zhang isn’t shooting for impressive clients such as Harper’s Bazaar Singapore or Mercedes Benz, then she’s teaching students through her online photography school, creating and selling awe-inspiring photo books, or uploading exclusive content about her photography to those who donate to her over on Patreon.

Creativity goes a long way in the photography world, but the true recipe for success comes when it combines with an entrepreneurial mindset for business.

At the tender age of 25, Tim Walker shot his first fashion story for Vogue, and has photographed for the British, Italian, and American editions, as well as W Magazine and LOVE Magazine ever since.

His bio further explains: “Tim Walker’s photographs have entranced the readers of Vogue, month by month, for over a decade. Extravagant staging and romantic motifs characterize his unmistakable style.”

Tim Walker’s photography embraces the age-old saying, “a picture tells a thousand words”. Through looking at his incredible imagery, it is evident that a high level of imagination, creativity, and artistic flair is required to produce memorable photos that will stand the test of time.

When shooting photos, it is important to think about the bigger picture, particularly the specific story your image is trying to convey. This story is what separates a good image from an outstanding one that resonates with its audience.

Of her work, Elena states: “I like how different things and people look underwater, movements are graceful and free and it has a dreamlike quality that is difficult to achieve on land… It’s important to find clear water and to be prepared to spend a lot of time in it. Experiment and have fun!”

While there are many genres of photography, photographers shouldn’t feel the need to stick to something just because it seems like the easier option. Elena Kalis wasn’t afraid to get out there in more difficult conditions (and to call underwater her ‘studio’) and look at where it’s taken her!

If you have a passion for something, pursue it, and keep practicing as much as possible to get where you need to be. Those who really want something will have no trouble putting the time and effort in – and by this, we mean at least one hour a day. 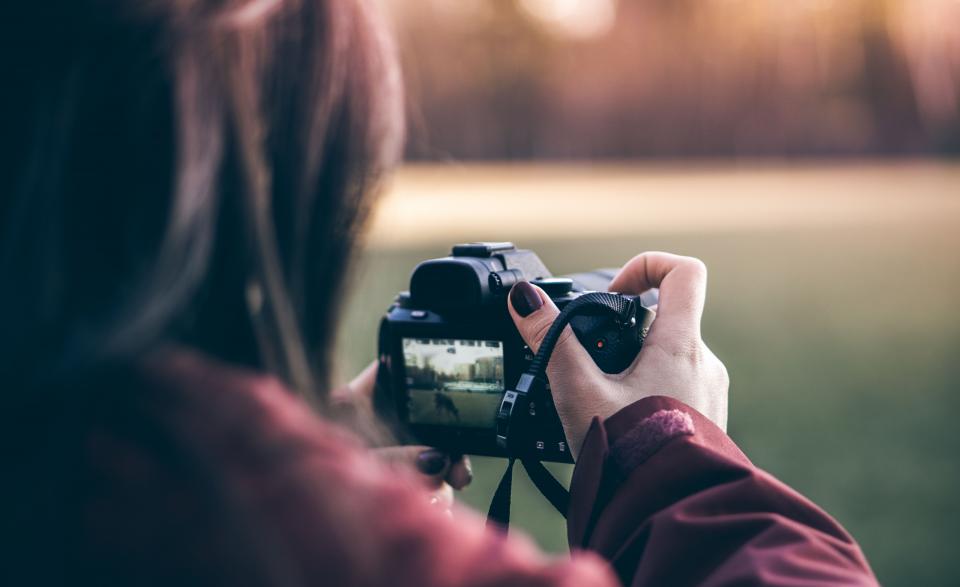 Emily Soto is a world-famous photographer specializing in fashion who resides in New York City. Her website bio further explains: “Each image captured by Soto emanates with her distinct visionary and romantic style characterized by a perennial stream of emotively captivating, artistically adept, visual pieces. While her focus is high-fashion, she finds pleasure in personal artistic projects and by providing fellow photographers, through her workshops, with the skills and confidence to both pursue and fulfill their own photographic aspirations.”

One thing anyone visiting Emily Soto’s portfolio will notice is that she has been published in a lot of magazines – as in, more than the average photographer (hence her world-famous status).

We can all learn one major lesson here: as a photographer of any level, it is super important to continue submitting your work to publications and platforms, whether they’re online or in print.

By doing so, you’re helping yourself to climb the photography ladder by exposing your work to a greater audience, plus you’re building a more impressive portfolio / resume and making valuable contacts within the media industry. This is what sets a beginner photographer apart from a seasoned professional!

There you have it – ten incredible photographers, along with the important lessons you can learn from their work and careers. Will you be acting on any of this advice? We certainly hope so!

JOIN OVER 94,278 and receive weekly updates!