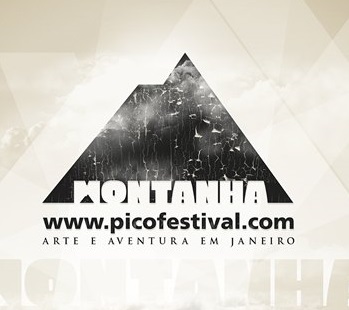 “Mountains under Pressure: climate, hunger, migration” is the theme chosen for this year´s celebration of International Mountain Day. As a partner, MiratecArts also adopted the theme for the International Photography Contest.
Fifteen years ago, the United Nations General Assembly designated 11 December “International Mountain Day”. Since 2003, it has been observed every year to create awareness about the importance of mountains to life, to highlight the opportunities and constraints in mountain development and to build alliances that will bring positive change to mountain peoples and environments around the world.
Almost one billion people live in mountain areas, and over half the human population depends on mountains for water, food and clean energy. Yet mountains are under many threats, such as climate change, land degradation, overexploitation and natural disasters, with potentially far-reaching and devastating consequences, both for mountain communities and the rest of the world.

Mountains are early indicators of climate change and as global climate continues to warm. Mountain people, some of the world´s hungriest and poorest, face even greater struggles to survive. The rising temperatures also mean that mountain glaciers are melting at unprecedented rates, affecting freshwater supplies downstream for millions of people. Mountain communities, however, have a wealth of knowledge and strategies accumulated over generations, on how to adapt to climate variability.

Climate change, climate variability and climate-induced disasters, combined with political, economic and social marginalization, increase the vulnerability of mountain peoples to food shortages and extreme poverty. Currently, about 39 percent of the mountain population in developing countries, or 329 million people, is estimated to be vulnerable to food insecurity.

As the vulnerability of mountain populations grows, migration increases both abroad and to urban centres. Those who remain are often women, left to manage the farms but with little access to credit, training and land tenure rights. Out-migration from mountain areas will also result in an inestimable loss in terms of provision of ecosystem services and preservation of cultural and agrobiodiversity. Investments and policies can alleviate the harsh living conditions of mountain communities and reverse out-migration trends from mountain areas.

INTERNATIONAL PHOTOGRAPHY CONTEST
Finalists will be announced December 11th and the works take part in an exhibition on the island of Pico, Azores. The winners also receive a future solo exhibition (if they wish) and will be invited to participate in a MiratecArts program in Pico island.

Conditions of participation:
– Participation is open to any person over 18 years old.
– Works must be submitted until November 1st, 2017, via [email protected]
– The photographs presented, maximum of three per participant, may be in color, black-and-white or sepia. Must be original unmanipulated except for color transformation for B & W or sepia, tweaking contrast, brightness and reframing.
– Photos should be submitted in digital format JPG or JPEG, with dimension of at least 2000 pixels on the longest dimension.
– Photographs should be accompanied by a maximum of 1200 characters (without spaces) specification, according to the contest theme.

The finalists photos will be printed for the exhibition only and not for sale. The winners photos will also be used in the organization´s website and marketing materials, always crediting the artist.

Mountain Pico Festival is an arts celebration taking place in January on the island of Pico, Azores. Programming is subject to the “mountain” theme.
MiratecArts aims to enhance individual, team and organizational productivity in the world of artistic culture. www.mirateca.com

PRIZE DETAILS: Finalists will be announced December 11th and the works take part in an exhibition on the island of Pico, Azores. The winners also receive a future solo exhibition (if they wish) and will be invited to participate in a MiratecArts program in Pico island. Not eligible to enter? - Find contest where you are.

JOIN OVER 91,318 PHOTOGRAPHERS GET PHOTO CONTESTS VIA EMAIL FOR FREE