Photo Contest Insider Blog
You are here: Home > Blog > The Most Influential Events in Photography History 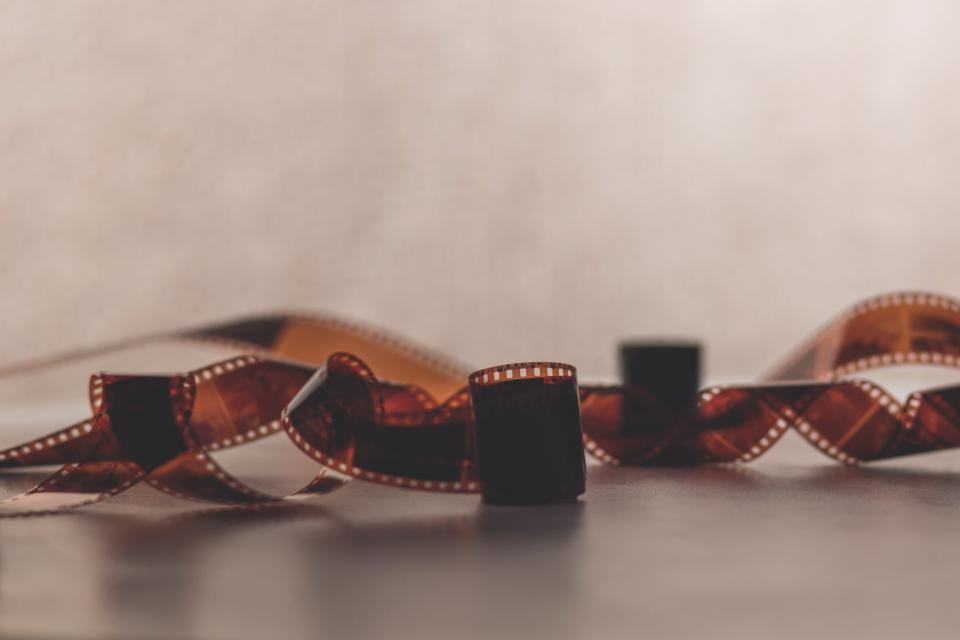 The Most Influential Events in Photography History

Photography has had a long and fruitful history so far, and what better way to celebrate this industry than to take a look back on the most influential events in the medium’s history?

From the invention of the first permanently fixed image to the Polaroid revolution and the beginning of the digital photography movement (just to name a few) – there’s certainly a lot of exciting events to cover in this article.

So whether you need a refresher in this topic or simply want to relive some of these incredible inventions, below you’ll find the most influential events in photography history.

Although the term ‘camera obscura’ was first used by the German astronomer Johannes Kepler in 1604, it was an invention that had been used for centuries before that. In fact, historians date this basic concept of a pinhole camera back as early as 400BC to the Founder of Mohism, Mo-ti. Around 1485, Leonardo da Vinci used the camera obscura method to study perspective and provided the first detailed description of the pinhole camera in the Codex atlanticus.

The popularity of the camera obscura peaked in the 1890’s when many were built for both entertainment and educational purposes. Sir David Brewster, Sir William Crookes, John Spiller, William de Wiveleslie Abney and Flinders Petrie all famously used the device for their studies and research, as it proved to be an extremely valuable tool. 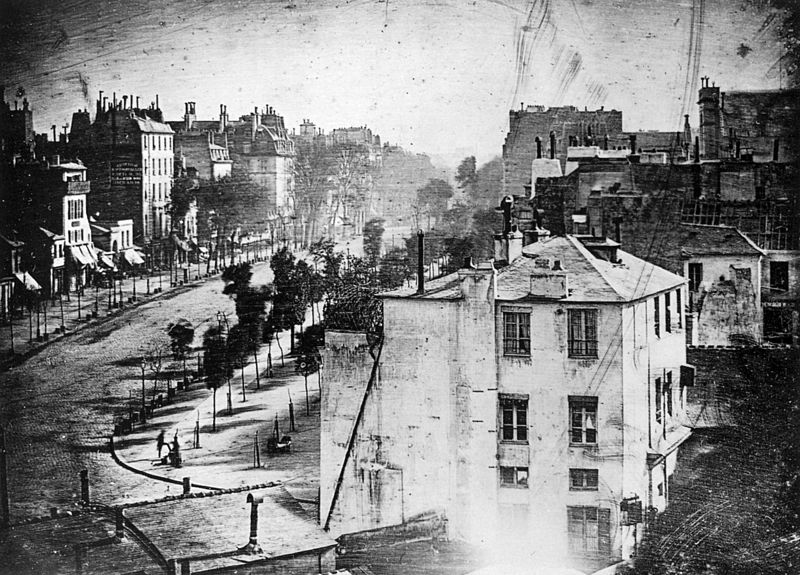 While the talented Joseph Nicéphore Niépce is credited as creating the first permanently fixed photographic image in 1826, the 8-hour exposure time was something that Niépce and French painter and physicist Louis Daguerre aimed to improve. Although Niépce died in 1833, Daguerre continued with their project, desperate to find a solution to their problem. By 1839, Daguerre had developed a more effective method which he named the Daguerreotype. The process involved exposing silver coated copper plates for shorter periods of time. The weak latent image that was captured could then be chemically developed into a highly visible image. This was one of the very first significant events in photography history, paving the way for further experiments and inventions in this field.

The coining of the word ‘photography’

Have you ever wondered why we refer to the capturing of images as photography? Sir John Herschel originally coined the word ‘photography’ in 1839, basing the term on Greek words including phōtós (meaning “light”) and graphê, (meaning “drawing, writing”), together meaning “drawing with light”. Herschel was an English polymath, mathematician, astronomer, chemist, inventor, and experimental photographer himself. He also conducted well-respected and important botanical work.

Within just three weeks of Louis Daguerre bringing his method for the Daguerreotype to the attention of the public, British scientist Fox Talbot reported his own experiment that he had been working on for several years. It involved what he called a “photogenic drawing” process, where he used light sensitive paper as opposed to the metal plates used in the Daguerreotype. Talbot discovered (although by accident) that he could use a shorter exposure time combined with certain chemicals to turn his light sensitive paper into a negative. This negative could then be used to create numerous positive prints. The British scientist named his new process “calotype” before announcing it to the world in 1841. 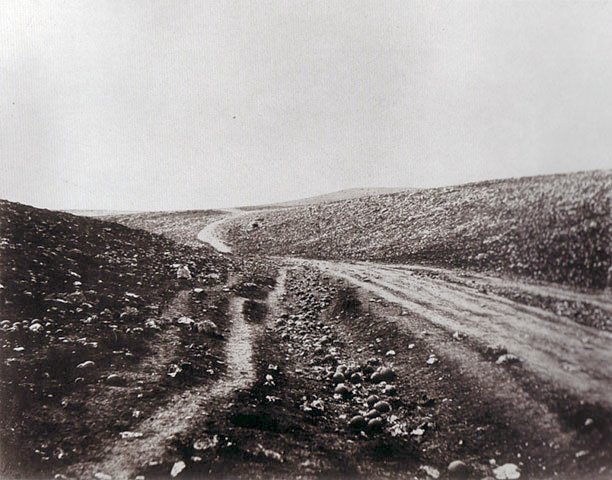 Although originally known for his architecture and landscape photography, Roger Fenton rose to fame in England when he was dispatched to cover the Crimean War in 1855, therefore becoming the world’s first war photographer. Although Fenton was unable to capture moving subjects due to the limitations of photographic equipment at the time, he was able to photograph portraits and landscape shots. During his time at war, Fenton chose not to photograph dead or injured soldiers. These records also never managed to capture “battles, explosions, devastations, wounds, blood and tears”, partly because of official wish to glamorize the war and shift public attention away from government and military mismanagement. Unfortunately, as soon as the Crimean War was over, public interest in Fenton’s photography seemed to die, with the photographer choosing to leave photography altogether in 1862. Today, however, Fenton isn’t just credited by historians as the world’s first professional war photographer, but his keen artistic eye and influential role in establishing photography as an artistic endeavor is also celebrated. 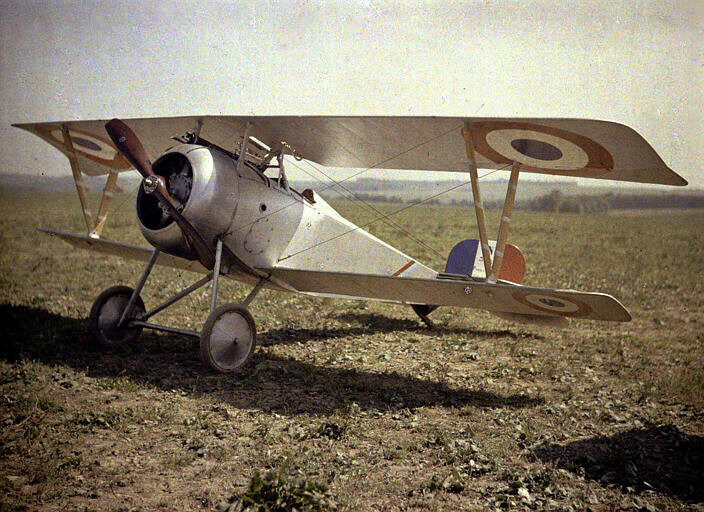 Colored photography was something that the Lumiere brothers dreamed of, however so far in history it had been out of anyone’s reach. Although they weren’t the first to experiment with trying to achieve colored photos, they were certainly the pair that had the most impact on this successful development. Louis Lumiere experimented with different methods for 4 years before he achieved the beautiful colored photos that he aimed for. They named this colored photography process Autochrome and it was in 1907 that the first color photographic plates became available to the public. For many years, autochrome was the pioneer in color photographs until the invention of color film in the 1930’s, along with the emergence of Kodachrome and Agfacolor in the commercial market. Because of the unique Autochrome method, images taken with this process are often likened to paintings due to their vibrant and dreamy appearance.

By this stage, photography was becoming a prevalent art form, however some (such as German engineer Oskar Barnack) were not-so-happy with the bulky weight of the photography equipment that they were required to carry around. Barnack was particularly disillusioned with this dilemma due to his poor health. He set about wanting to design a much smaller film camera which could be carried around more easily. At the time, motion pictures were regularly using 35mm film, so Barnack created a camera prototype in 1913 which could use 35mm film for capturing still photography. Not long after, in 1925, the Leitz camera company began to release the first portable 35mm camera for sale to the public, known as the Leica. Thanks to Barnack’s initial research, cameras and the art form of photography became a lot more accessible to the public as they could now be taken anywhere.

By now, the camera had developed at an impressive rate, however it still had a long way to go in terms of ease and functionality. American physicist Dr. Edwin Land invented something very special in 1947. It was a one-step process for developing and printing photographs, much like the instant photography we know to this day. Land achieved this by applying the principle of a diffusion transfer, which reproduces what is captured by the camera’s lens and places it onto a photosensitive surface which acts as both the film and photo. In 1948, 57 of these specially-produced cameras went on sale, just in time for Christmas. As a result, the Polaroid instant camera revolution was born and people (including famous photographers such as Ansel Adams) were mad for this new and improved method of capturing images. 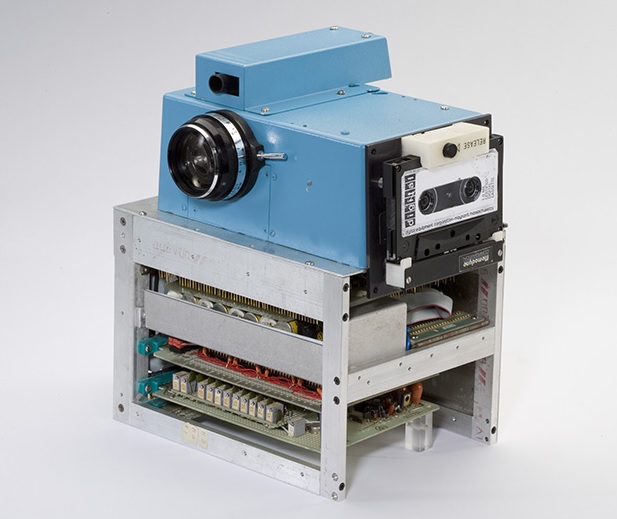 Although photography had come a long way already, it was yet to make the transition from film to digital. It was in 1974 when a supervisor at Kodak, Gareth Lloyd, had the curiosity to ask electrical engineer Steven Sasson as to whether he could create a camera image sensor using a high-speed conductor. Just one year later, Sasson had already created a large blue device that could not only capture an image, but also convert it as information into an electronic signal which could then digitize the signal and store it in memory. It might sound complicated, but basically this was the first camera which was able to create digital images, as opposed to ones stored on a roll of film. This digital camera looked nothing like the ones we know today, however, as it weighed 3.6kg and only had the ability to capture black and white images with a resolution of just 0.1 megapixels. Although it took 23 seconds to record the image and then a further 23 seconds to read the image and display it on a television screen, this device was still a very impressive invention and certainly one which signaled the new, digitalized revolution of photography. As a result, in 2012 Sasson received the National Medal of Technology and Innovation for his earlier efforts.

Thanks to Sasson’s ground-breaking invention of the first digital camera, Kodak was able to build upon this design and release their own commercially available digital SLR in 1991. It was the first of its kind and came equipped with a with a 1.3 megapixel sensor and an external storage unit containing a capacity of 200 MB, which was capable of storing 156 uncompressed images. Known as the Kodak DCS-100, it actually wasn’t much of a commercial success, however a whopping price tag of $13,000 USD per device would’ve played a large part in that. Although this was the case, it was inevitable that such a release would mark the beginning of the dominance of digital photography, as well as the immense popularity the SLR camera would go on to have. 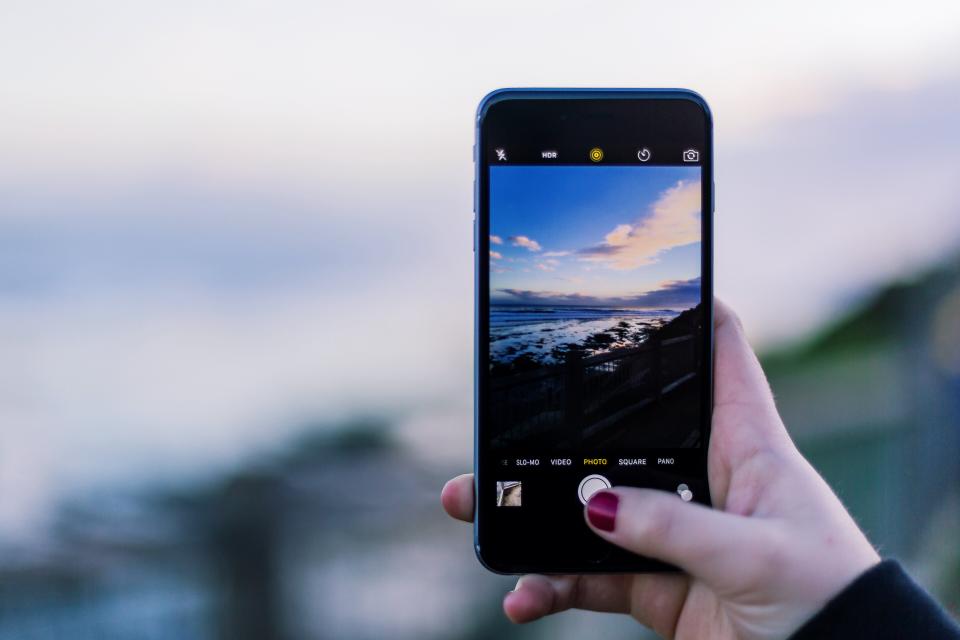 The rise of the camera phone

One cannot deny the impact that the merging of phones and cameras has had on today’s society. The first camera phone was introduced in 2000 in Japan by Sharp/J-Phone and it truly marked the beginning of a new era in photography’s accessibility. Although DSLRs are still heralded and believed to be the more serious and professional cameras of our time, this important invention has got everyone wondering what the future of phones and photography will hold. It wasn’t until 2008 when Apple released the iPhone 3g containing a camera, bringing camera phones to the world stage. While camera phones have developed at a fast and furious rate since their initial conception in 2000, one can only wonder just how much further they have to go; what will the world of photography look like in fifty years from now?

Although the ability to photograph anything and everything has truly been brought to the masses, photography still remains an extremely popular artistic medium – and for good reasons too. As humans, our obsession and desire to document our lives, experiences, and surroundings will never cease. This fascination with preserving memories and single moments in time through fixed images has been part of the human condition for thousands of years now, and it is one which we believe (and hope) will never cease.

These milestones are just some of the most influential events in photography history. We hope that they have not only opened your eyes to the industry’s long and fruitful past, but that they have also filled you with the appreciation that these talented and curious inventors deserve.

JOIN OVER 94,292 and receive weekly updates!