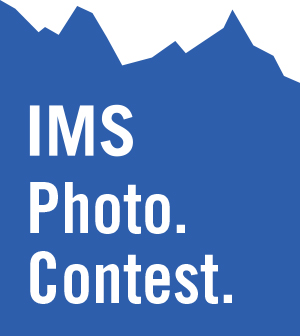 More than 10,000 photographers from 100 countries have competed until now for an award in the IMS Photo Contest. The Mountain Festival International Mountain Summit has just launched the sixth edition of the IMS Photo Contest – one of the most important mountain photo festivals of the world. This year, the photographers can submit their photos in 4 categories, giving more space for your creativity. You can submit one photo for each category.
IMS Photo Contest 2016 will accept entries until 29th August 2016. The total prize money is €10.300.

Category 1 – Mountain.nature
Precipitous faces, changing colours, high up views, the beauty of the nature and metereological events as lightning, sunshine, rain, snow and wind: all this makes the mountains so charming. Capture these moments and win the KIKU Photo Award 2016. The focus of this category of the IMS Photo Contest is: Nature.
Kiku Photo Award 2016

Category 2 – Mountain.aerial
The photography with drones opens new point of views on the mountain world. Show us these new perspectives captured with your camera and with your drone! To assign the DJI Aerial Award we are searching the most fascinating representations of the mountain world in all his beauty, with his people, animals and variety. The photos must be captured in flight from foto/filmingdrones or multicopters.
DJI Aerial Photo Award

Category 3 – Mountain.action
In the view of many people mountain means movement and nature becomes a playground.
The mountains are ascended or climbed. Mountainbike tours lead up to the mountains tops. In the mountain people can have an exciting hike or perform extreme skiing on steep slopes. Paragliders and hanggliders find the ideal upwinds near the peaks, while the slackliners find there the right anchor points. Mountains provide the runners to the required difference in altitude.
The IMS Photocontest 2016 looks for the category „Mountain.action“ the most impressive Photos that show people performing mountain activities.
This year, the sport und mountain city Brixen assigns for the first time the „Brixen Photo Award“.
Brixen Photo Award

Category 4 – Mountain.faces
The IMS Photo Contest 2016 category “Mountain.Faces” aims to get pictures that represent individual perspectives of the mountain with all its facets as well as photos of those who have conquered it or of its inhabitants.
In the mountains one sees the faces of people who live among rocks and fight against natural forces. One may also come across some animals that have adapted perfectly to almost unreal circumstances in the mountains. It’s not only about the faces of climbers, mountaineers or mountain people which depict the innate difficulties of the mountain and the hardships one must face in the quest to conquer a peak, but also about the tears of joy and the pain-distorted mouth corners once that goal has been achieved.
Show us with your photo the multitude of mountain faces, bring with your photos young and old, male and female, rich and poor mountain people to the IMS Photo Contest. Win the “AKU Photo Awards” in the category “Mountain.Faces”, presenting the people who show us the mountains as a place of life and emotion.
Aku Photo Award 2016
1st  900 €
2nd 500 €
3th  250 €

COPYRIGHT: The copyright remains totally at the author of the picture. Uploading the picture the participant declares to be the sole owner of the copyright and takes full responsibility to have cleared all possible copyright infringements to third parties in advance of his participation at the IMS Photo Contest 2016. USAGE RIGHTS: The International Mountain Summit and its partners are allowed to reserve the right to free reproduction of entered images in all media, but only in connection with this contest, related products and marketing actions. The copyright will, at all times, be respected by the Organiser and retained by the photographer. Obviously this use comprehends the citation of the photographer’s name. © Name Surname/ IMS PC 2016.

JOIN OVER 94,710 PHOTOGRAPHERS GET PHOTO CONTESTS VIA EMAIL FOR FREE