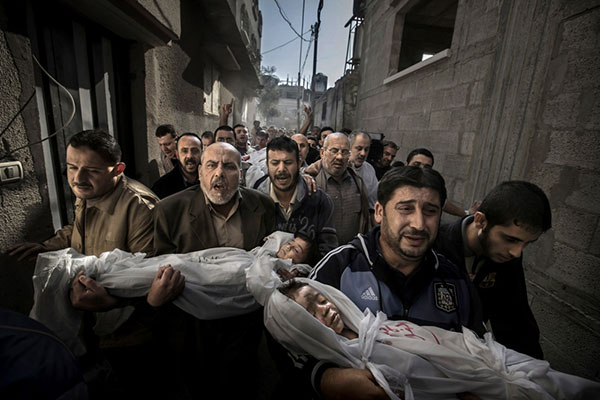 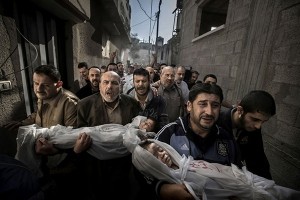 Paul Hansen’s photo has been put under scrutiny over the last few months since winning the World Press Photo Awards back in February this year. Paul told us yesterday  “I have never had a photograph more thoroughly examined” and with the many articles about this photo, along with hundreds, if not thousands of comments from people of the press and the photography industry including Neal Krawetz, a forensic image analyst, Hansen is really not exaggerating.

Yesterday, World Press Photo “to curtail further speculation” following Krawetz’s analysis of Hansen’s photo, took the decision to involve two independent experts to carry out a forensic investigation of the image file with full co-operation from Hansen. The results of which can be read below.

“We have reviewed the RAW image, as supplied by World Press Photo, and the resulting published JPEG image. It is clear that the published photo was retouched with respect to both global and local color and tone. Beyond this, however, we find no evidence of significant photo manipulation or compositing. Furthermore, the analysis purporting photo manipulation is deeply flawed, as described briefly below.”

1. XMP Analysis. The XMP analysis reflects an incomplete understanding of the Photoshop metadata and also paraphrases the contents in a misleading way. The referenced block of metadata merely indicates that the file was adjusted in the Adobe Photoshop Camera Raw module on multiple occasions before it was opened in Photoshop and then saved out as a JPEG. In fact, this metadata does not track whether multiple files were composited.

2. Error Level Analysis. The forensic analysis of the JPEG compression as performed by error level analysis (ELA) does not provide a quantitative or reliable analysis of photo manipulation. This analysis frequently mis-identifies authentic photos as altered and fails to identify altered images, and as such is not a reliable forensic tool.

3. Shadow Analysis. The shadow analysis is flawed in its logic and conclusions. It is true that linear constraints that connect points on an object with their corresponding points on the shadow should intersect at a single point (assuming the presence of a single light source). The location of this intersection point, however, cannot be used to reason about the elevation of the light in the scene. The intersection point is simply the projection of the light source into the image plane. This projected location can be anywhere in the image (including below the ground plane) depending on where the photographer is oriented relative to the sun.

“When I compare the RAW file with the prizewinning version I can indeed see that there has been a fair amount of post-production, in the sense that some areas have been made lighter and others darker. But regarding the positions of each pixel, all of them are exactly in the same place in the JPEG (the prizewinning image) as they are in the RAW file. I would therefore rule out any question of a composite image.”

World Press Photo is the leading international contest in photojournalism. The contest entry rules state that the content of the images must not be altered. Only retouching which conforms to currently accepted standards in the industry is allowed. The jury will consider what they deem acceptable in each category during the judging and they can request original, untouched files or scans from the photographers to examine.In case there is doubt after the judging has been completed, there is a procedure for re-examining the files which could ultimately lead to the disqualification of the work and withdrawal of the award.