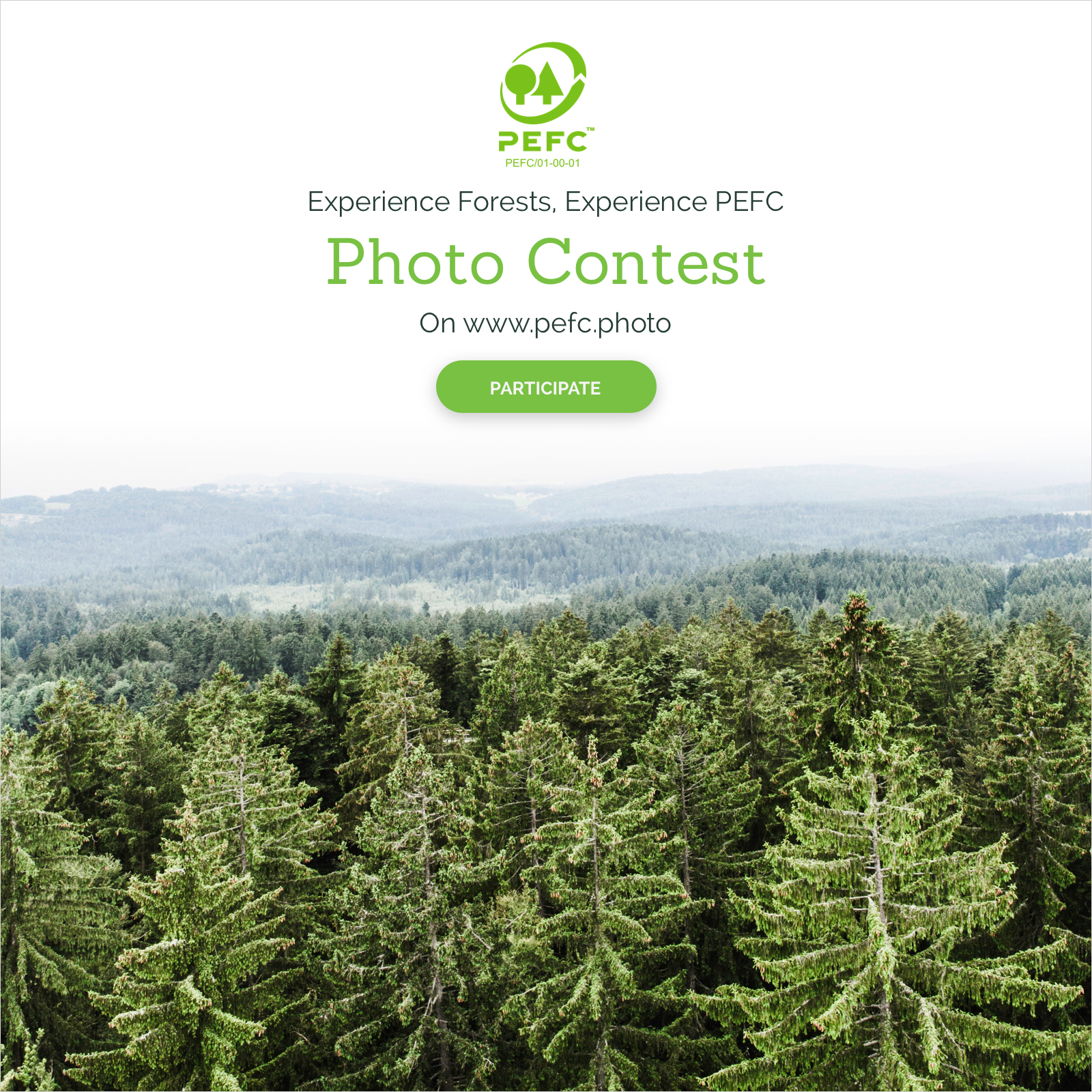 How do forests make a difference to your life? How do you experience the many benefits that forests provide? Whatever forests mean to you, we want to know. Express yourself through your photos and compete for the 2017 PEFC Photographer of the Year Award!

For the first time ever, our members have come together to run a photo contest that spans the world. Taking place in 24 countries, these national contests all run at the same time: from Earth Day (22 April) to World Environment Day (5 June).

Forests offer endless opportunities for amateur and professional photographers alike – from nature photography of breath-taking landscapes and beautiful trees and wildlife; to sports and action shots of mountain bikers and hikers, to documentary pictures showing the work of foresters, the life of rural communities, or local traditions.

You can enter a wide variety of photographs: from forest landscapes to close ups within the forest. We also want to see people in the forest – living, working or playing. Let your imagination run free!

PRIZE DETAILS: As well as getting the chance to win a fantastic national prize (like a weekend for two in a certified forest!), the best photos from all the national contests will enter the international contest.</p>
<p>The winner of international contest, the 2017 PEFC Photographer of the Year, will receive a trip to Helsinki, Finland to attend the 2017 PEFC Forest Certification Week or a cash prize of 3000 CHF. The top 12 photos will also be publicly exhibited during PEFC Week and be featured in the 2018 PEFC ‘Experience Forests, Experience PEFC’ photo calendar. Not eligible to enter? - Find contest where you are.

COPYRIGHT: Entrants remain the copyright holder to any images they submit. USAGE RIGHTS: By entering the competition, the entrants grant to PEFC a non-exclusive, royalty-free, and perpetual license to reproduce, publish and communicate to the public by any means and exhibit their image(s) and copies of their image(s) in all media throughout the world in relation to the organization, including but not limited to all use in the context of:<br />
Inclusion within www.pefc.org and other PEFC websites, websites of PEFC members, social media and newsletters.<br />
Inclusion in promotional, press and marketing materials (such as press articles and brochures) associated with PEFC and its members.<br />
Display in exhibitions.<br />
Any photograph used by PEFC shall carry a credit line (e.g. © photographer’s name). Any failure to provide such credit line shall not be deemed to be a breach, as long as PEFC uses its reasonable endeavors to rectify such failure within a reasonable period from the date of notice of such failure.<br />
PEFC reserves the right to crop images if necessary.<br />
Entrants may be contacted to negotiate the use of the entry on licensed merchandise (e.g. posters, prints).<br />
The entrant is responsible for any claim made by a third party against the submission.