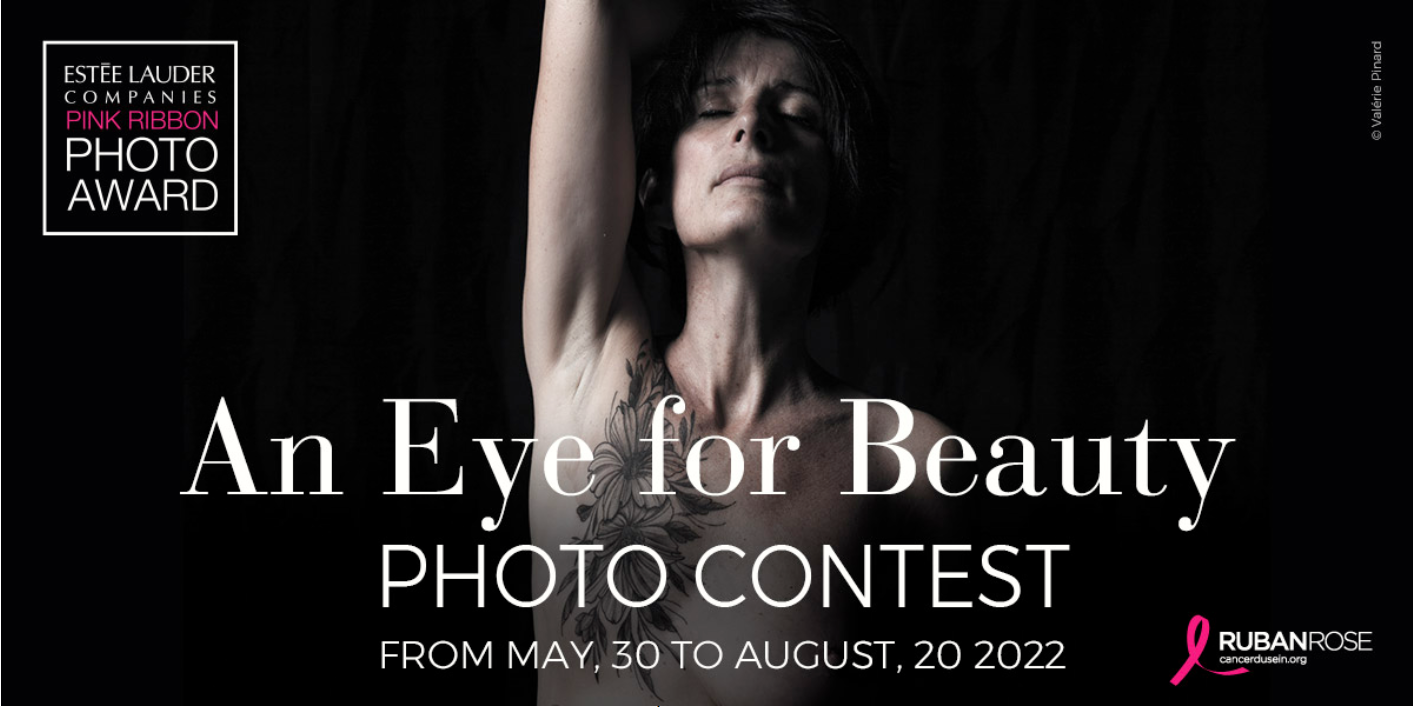 A pioneer in its genre and on a national scale, this competition is open to all photographers, amateurs and professionals alike. Since its first edition, several hundred contributions have been received from every region in France, around a theme defined annually: Pink Positive (2012), #SoPink (solidarity and breast cancer – 2013), Pink Energy (2014), My Battle, My Force (2015), Loving Oneself (2016), What Unites Us (2017), All Involved (2018) and Heroes (2019), Resilience (2020).

The Estée Lauder Pink Ribbon Photo Award brings together a wide public in an artistic way within the context of the national campaign against breast cancer, a campaign in which the Estée Lauder Companies France is actively involved as a founding member-with Marie Claire magazine-of the Ruban Rose Association (formerly Le Cancer du Sein, Parlons-en !).

Each year, 40 photographer finalists are selected by a Jury composed of personalities united by the passion for photography and their commitment to the fight against breast cancer.