Photo Contest Insider Blog
You are here: Home > Blog > Drone Photography: Everything You Need to Know 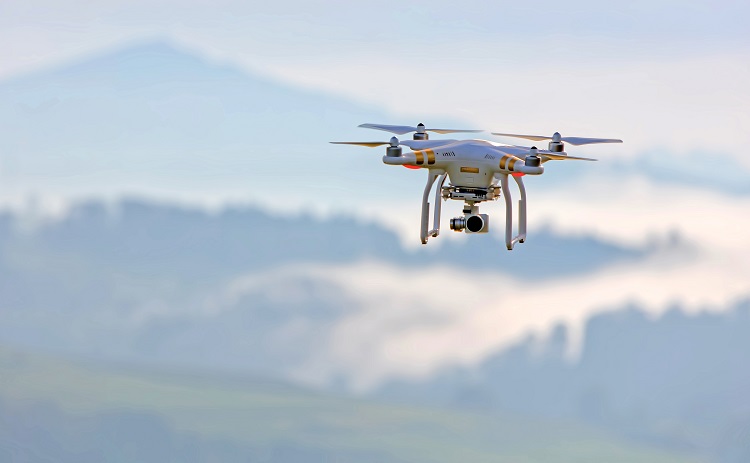 Drone Photography: Everything You Need to Know

Over the past two years, you may have noticed a huge development in photography – the ability to capture stunning aerial shots using a drone.

Drones are basically a camera flying overhead, giving the operator the ability to capture breath-taking scenes from above. From beaches and rivers, to mountain ranges, volcanoes and more – drone photography is giving us a whole new perspective on landscapes.

Today we’re going to delve into drone photography in more detail in order to teach you everything you need to know about the fresh, new medium. Let’s get started! 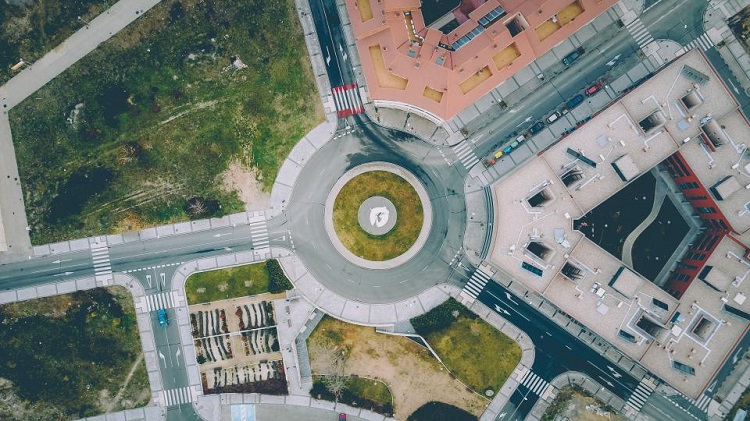 Firstly, What is a Drone?

According to Pocket-Lint, a drone is “simply an aircraft – relatively small – piloted either autonomously by onboard computers or by a remote control on the ground.” While drones themselves aren’t a relatively new idea (they’ve been using them in movies and military operations, for example, for years now), the widespread availability of cheaper models is a fresh development.

They are also referred to as UAVs (standing for ‘unmanned aerial vehicles’). 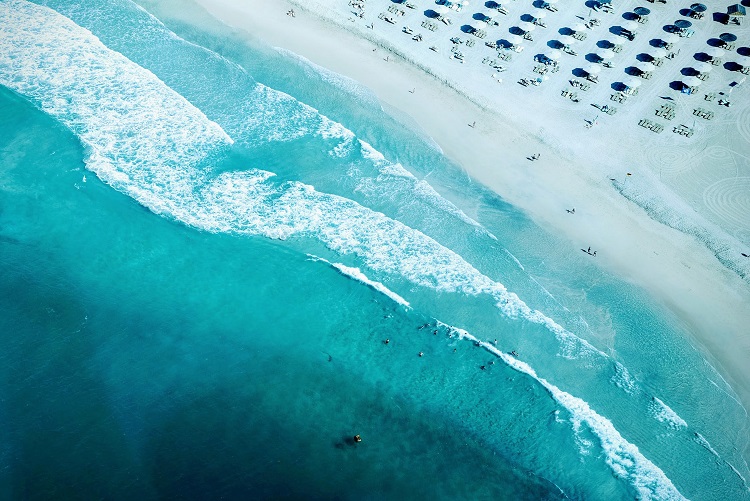 Drones have been featured heavily in the media over the past year or two, with mixed reactions from the public. While some people put a bad name on the medium through misusing them (such as the person who deliberately flew their Drone onto the lawn at the White House), those who comply with rules and regulations find that they have a more positive reaction from onlookers.

Before you embrace drone photography, it’s very important that you check out the rules and regulations surrounding the medium in your country or city. However, as a general rule, the following apply: 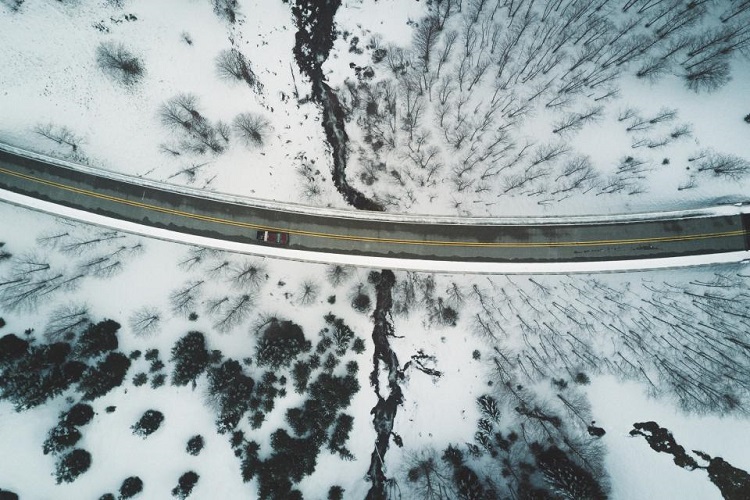 Choosing the Perfect Drone to Photograph With

Just like cameras, drones come in a range of models beginning at the more affordable and basic side of the market, right up to the state of the art models offering image-taking capabilities as good as your prized DSLR.

Understandably, you get what you pay for, so you’ll need to take into account just how serious you are about the medium before you jump right in and spend the big bucks.

We could write a whole manual about helpful tips to assist you with choosing the right drone, but instead we’ll leave you with this succinct advice from Time which mentions the specific models worth checking out the most:

“[These include] the Mavic Pro, Phantom 4, and Inspire 1 v2.o by DJI, a Chinese firm that makes some high-quality drones aimed at photographers and videographers. Additional brands to consider include Parrot, Blade and 3DR, among others.” 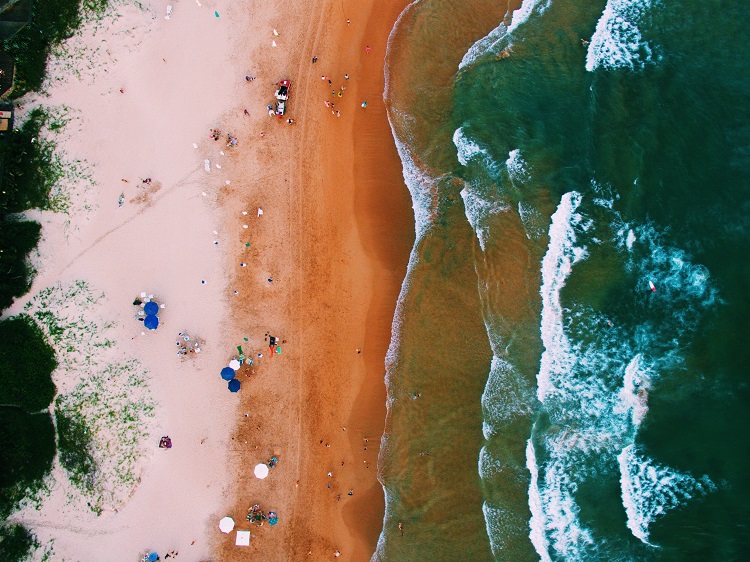 Tips for Capturing Incredible Photos With Your Drone

When it comes to drone photography, many of the elements of landscape photography apply. Therefore, you’ll want to pay close attention to lighting in order to capture breath-taking aerial images. Many photographers will prefer to capture images with their drone during the golden hours – either at sunrise or sunset.

Likewise, professional drone photographers also stress that you only want to shoot when the weather conditions are ideal. Don’t feel pressured to take your drone out for a spin unless it’s weather that you’d actually pursue a photo shoot in normally.

Drone photography brings a very different perspective to your work, as it shoots your scene from a whole new level – from up above! This allows you to get creative, so imagine what kinds of scenes you want to capture. Rolling green hills might look great when they fade into the horizon from your standing position, but will they have that same dramatic impact when shot from the sky looking downwards? Alternatively, the various blue and turquoise hues of the ocean as it meets the golden sand is always a safe shot, because you know it’s going to look amazing. 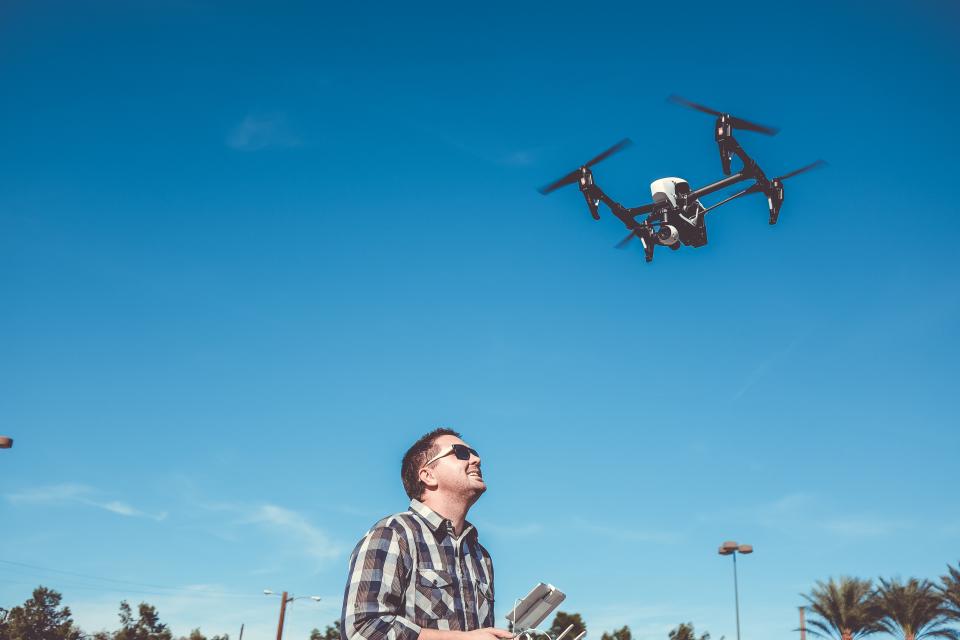 Where to From Here?

If you’re interested in pursuing drone photography after this little crash course, then good for you! We recommend that you continue educating yourself about the medium, particularly through joining related forums or groups, as well as enrolling in online courses about the topic and watching video tutorials.

Hand-on experience counts for much as well, so once you’re the owner of your shiny new drone, don’t be afraid to experiment photographing with it as much as possible. As with all new things, start slowly and gradually build your confidence and expertise up bit by bit.

JOIN OVER 94,528 and receive weekly updates!