You are here: Home > Closed Contest > Down on the Farm Photo Contest

Entry Fee: US$20 for first three

Down on the Farm Photo Contest

Your source material for “Down on the Farm” is endless: the backyard garden to the 1000-acre ranch, rice paddies to cotton fields, the chicken coop to the breeding barn, milking stand to dairy co-operative, sugar house to forest floor, road-side veggie stand to farmers’ markets, agricultural auctions to agricultural fairs.

This is your chance to pay tribute to the men and women who work the land and raise the animals that nourish us all.

A look back: the Farm Security Administration was born in 1935 in the United States as a means to battle poverty in rural America. It was the documentary photographic work born of this era and via the goals of the FSA, that the first major bodies of work depicting agriculture and its social realities came into being. The majority of the work produced was by fifteen Photographers (a total of 44 photographers had been hired) including such greats as Dorothea Lange, Walker Evans, Carl Mydans and Ben Shahn. Look to their images, as well as contemporary Ag-Documentarians for your inspiration (Paul Mobley is one practiced suggestion!).

“From the fishing villages of Alaska to the palaces of Croatia, Mobley has traveled the world over to capture and celebrate humanity in its infinite forms.” Paul Mobley’s portraits are rich with intimacy – close-up, straight, real, indicative of the souls behind the eyes.American Farmer cover

Mobley began his photographic education at the Detroit Center for Creative Studies. He continued his training through apprenticeships in New York with such greats as Annie Leibovitz and Steve Steigman. He grew his photography into a successful commercial career working for a broad range of corporate, advertising, and editorial clients, including American Express, Sony, Citigroup, Ford, Compaq, Gourmet, Max Factor, Chevrolet, Microsoft, and many others.

Mobley visited over 200 farms and ranches across the United States to collect the over 150 portraits that appear in “American Farmer: Portraits from the Heartland” (2008 by Welcome books). Following the tradition of Richard Avedon’s watershed monograph and Mike Disfarmer’s Heber Sprints series, “American Farmer” is an epic monument to the spirit of rural life through the faces and words of those who sustain and nurture the land. Mobley’s dedication to the “American Farmer” project, allow him an experienced and practiced eye through which to jury “Down on the Farm.” For an additional dose of Paul Mobley’s photographic life, check out his blog. 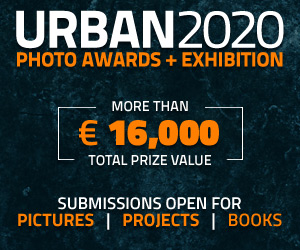 PRIZE DETAILS: All selected entries are included in a full color exhibit catalog. Juror's Choice receives a 20x35" vinyl exhibit banner featuring their image. We offer free matting and framing of accepted entries for the duration of each of our exhibition, subject to standard sizes. ELIGIBILITY: All Photographers 18 + If younger, must have a parent or legal guardian make the submission Not eligible to enter? - Find contest where you are.

COPYRIGHT: Photographers retain all the right to their images. USAGE RIGHTS: Darkroom Gallery will use selected images only to promote the exhibit.

JOIN OVER 97,285 PHOTOGRAPHERS GET PHOTO CONTESTS VIA EMAIL FOR FREE