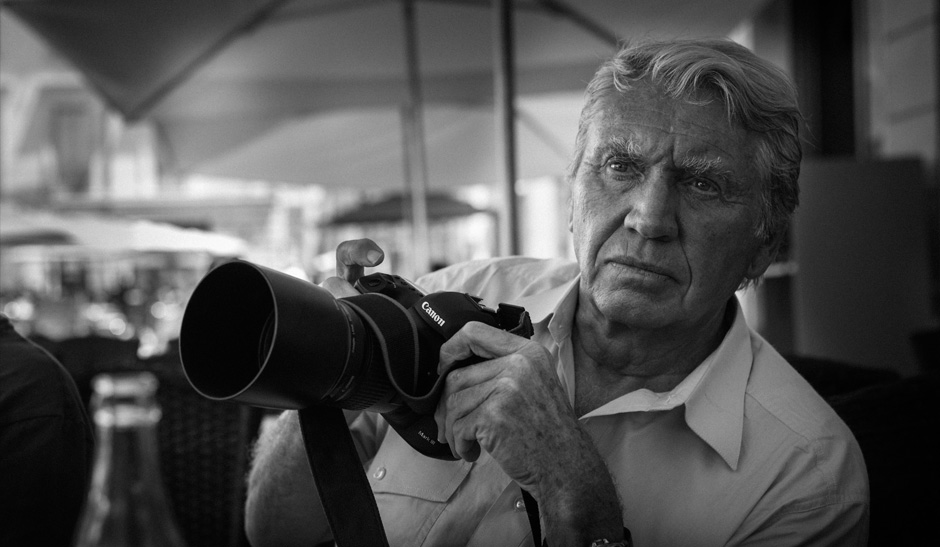 Until the 31st of January, you can catch a retrospective of Don McCullin’s work at Hauser & Wirth Somerset. It may be a small trip out of the way for visitors to London, but it could well be worth it: this exhibition looks back at one of Britain’s most celebrated photojournalists, covering the early beginnings of his career right through to his war reportage and his work done in Somerset. Over fifty years’ worth of work is set to be on display, featuring some of his most powerful images.

It is his war reportage for which Don McCullen first became known, though he states that his love of photographer first grew from a need to document the beautiful. He worked for the Sunday Times Magazine from 1966 to 1984, and became a Fellow of the Royal Photographic Society in 1977. He was the first photojournalist to be given the honour of a CBE in 1993, in recognition of his dedication to the genre and contribution to it. He has several honorary doctorates and degrees, and received the Cornell Capa Infinity Award for distinguished achievement in photography in 2006.

A selection of his publications includes Hearts of Darkness: Photographs by Don McCullin (1980); Beirut: A City in Crisis; Sleeping with Ghosts: A Life’s Work in Photography (1994); and Unreasonable Behaviour: An Autobiography, Don McCullin with Lewis Chester (2002). He has published many more works, and has also tackled solo exhibitions around the world in locations such as the Barbican Centre, Imperial War Museum, and Tate Britain.

His work, he states, is intended as propaganda: he wishes to show the horrors of wars in order to prevent further conflict and encourage the sending of aid. He recounts his worst personal experience as watching families with young children being shot at point blank range during religious conflict in Beirut in 1976. During his life’s work, he has come to the understanding that “all wars are totally futile. That’s my understanding. That there are no winners; everybody loses.”

The exhibition features some of his best-known work as well as taking a broad overview of his career. It starts with his first ever published image, which was printed in The Observer on the 15th February 1959. Titled ‘The Guvnors’, it was to be the beginning of a documentation period for McCullen, looking at London gang culture through the sixties and seventies. It also features work from all of the major conflicts that happened since McCullen became an adult: the Vietnam War, the Troubles in Northern Ireland, the fall of Phnom Penh, and so much more. It even features work from Syria, where he recently travelled at the age of 77 to document the war going on there.

Somerset features as an important part of his personal work. He was evacuated there during the Blitz as a child, and returned to photographs the sweeping rural landscapes in stark black and white. A collection of these images also features in the exhibition.

The full address of the gallery is Durslade Farm, Dropping Ln, Bruton, Somerset, BA10 0NL. You can visit between the hours of 10am to 4pm, though groups of ten or larger are advised to book in advance. There is a train station five minutes away in Bruton, with a direct train service from London stopping at Castle Cary or Gillingham stations from where you can take a taxi. Car parking is available on site if you would like to drive.

The gallery and house are fully accessible to wheelchair users, and admission is free. Photography is not permitted inside the gallery. The final day of the exhibition is 31st January 2016.

JOIN OVER 88,510 and receive weekly updates!