You are here: Home > All > Diaframmi Photo Awards 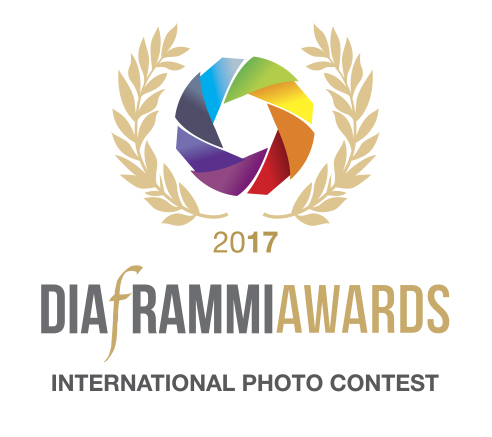 The Diaframmi Awards International Photo Contest is open to both professional and amateurs alike.
The contest opens on the: 22 MAY 2017

The panel of judges will vote from: 1 to 13 August 2017
Finalists will be announced from: 14 to 20 August 2017
Forwarding high-definition files and checking of RAW files from: 21 August to 3 September 2017
Winning participants will be announced from: 4 to 10 September 2017
Date of the inauguration of the exhibition and awards ceremony: 7 October 2017

Dates may be subject to variations; these will be notified in advance via our website and social networks.

The fee for enrolling in the photo contest must be paid according to the instructions on the website when filling in the registration form. Payments must be made according to the amounts set out below. Photos taken by participants who have not paid the registration fee in full will be disqualified. The total number of registered images can be freely distributed among the different categories.

The participant whose photo obtains the highest final score will be awarded the title of: Overall Winner of the Diaframmi Awards International Photo Contest 2017 and will receive €500 in vouchers to spend at major international online stores (Amazon, Pixmania, or any other online store that issues gift certificates or vouchers) as well as a free one-night stay to attend the awards ceremony.
The top three winners in each category will receive a trophy with the winning photo imprinted on it. In addition, all the work of the finalists in each category will be shown in a group exhibition.

COPYRIGHT: Each participant retains the copyright for the image/s they send. Participants must certify that the work is their own. Participants agree to the dissemination of their material which can be used, free of charge, for promotional purposes related to this photography contest such as its website and social networks, unless otherwise specified by the participant on the registration form. The winning photos and those with special mention will be made available to press organisations who wish to announce the results of the contest. Whenever an image is used, the organisers will always mention the photographer’s name. No participating photograph will be put up for sale or used by the sponsors except in the case of any internal, private and non-commercial exhibitions to promote the Diaframmi Chiusi Festival, the contest and/or the exhibition.
Each photographer is personally responsible for the subject matter of their entries and for what is stated on the registration form. The form also authorises the publication and dissemination of the images, even in different sizes, exclusively for cultural or educational purposes related to this event. The participating photographs will be published on the Festival’s website http://www.diaframmichiusi.it in the section devoted to the contest. USAGE RIGHTS: What are the usage rights as set out in your terms and conditions. Do NOT simply supply a link. What do you wish to use the photo for? how will it be used? where will it be used? how long will it be used for? and who will use the photo?

JOIN OVER 94,719 PHOTOGRAPHERS GET PHOTO CONTESTS VIA EMAIL FOR FREE