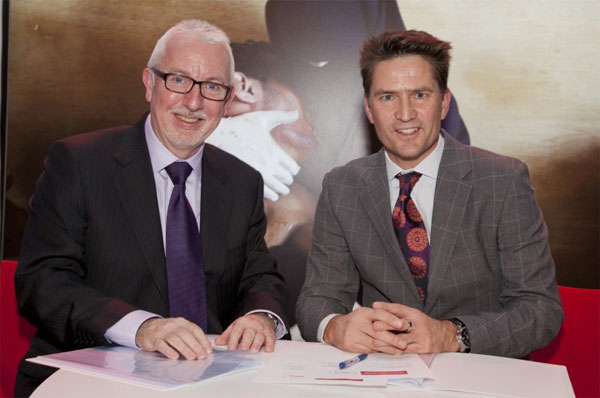 Yesterday, at the opening of the World Press Photo exhibition in London, Canon signed a three-year renewal of its worldwide partnership with the World Press Photo Foundation. The new contract also marks the 20th anniversary for the two organizations working together to empower photographers to tell a story.

World Press Photo, an independent, non-profit organization, was founded in 1955 and is universally recognized as the world’s leading international contest for photojournalists, setting the standard for the profession. Attracting thousands of professional photographers, the competition offers a unique and often icon-setting view into global issues and events. Besides the annual photo contest, the foundation’s activities include organizing an annual multimedia contest, touring exhibition programs, stimulating visual journalism through educational programs, and creating greater visibility for documentary storytelling through a variety of publications.

Canon has been a worldwide partner of World Press Photo since 1992 and while the market in which visual journalists show their stories continues to evolve, the power of image is as important and influential now as it has always been. Canon’s longstanding relationship with World Press Photo is fuelled by Canon’s passion to empower visual storytellers. By joining forces, they help nurture the talent of photojournalists who tell remarkable stories – stories that can open our eyes and inspire a greater understanding of the world around us.

World Press Photo’s managing director Michiel Munneke says: “We have been able to grow and to expand our activities over the past twenty years thanks to the support of Canon, and we greatly appreciate their continued commitment to our work, especially in the current economic climate. One of the many initiatives that we were able to set up was the Joop Swart Masterclass and, every year since 1994, we have brought together 12 young, promising photographers with some of the most experienced individuals in photojournalism to share their knowledge and experience. Many of the participants moved on to become today’s leading photojournalists and documentary photographers. We are proud to have been able to provide an important impulse for their careers through the masterclass, thereby stimulating high standards in the current practice and the future of the profession.”

James Leipnik, Chief of Communication, Canon Europe, Middle East and Africa, said: “Images are an ever-more important part of journalism – photography has unparalleled power to bring stories to life and to generate emotional responses from viewers around the world. We are proud to continue our long association with the World Press Photo Foundation, which reflects our constant passion for delivering imaging innovation that empowers the world’s leading photo journalists to capture and share compelling images.”

To mark the renewal of the sponsorship, Canon has produced a large six square metres back-lit display of the World Press Photo of the Year 2011 by Samuel Aranda, for The New York Times, for the exhibition in London.  The photograph was printed onto a polyester tension fabric using an Océ Arizona 550 XT printer, one of the wide format printers in the Canon Group portfolio.

World Press Photo receives support from the Dutch Postcode Lottery and is sponsored worldwide by Canon.

JOIN OVER 89,342 and receive weekly updates!