You are here: Home > All > BBC Wildlife Magazine Camera trap Photo of the Year 2014

BBC Wildlife Magazine announces a final call for entries for its 2014 Camera-trap Photo of the Year competition, sponsored by Lowepro, which closes on 30 June 2014.

Launched in 2010, the contest is open to both field researchers and keen amateurs and celebrates the most visually exciting or significant camera-trap images being produced around the world. The awards are sponsored by Lowepro, which builds protective, high-quality gear for photography, video and portable electronic devices – for every climate and every condition.

Matt Swaine, Editor of BBC Wildlife Magazine, commented: “Camera-trap technology has done a great deal to advance research into animal behaviour. At the same time more photographers are using these cameras to deliver astonishingly striking images of wildlife. To keep pace with these developments, we wanted to make sure that this year’s award could fully celebrate both camps. So we have decided to split the award into two distinct areas: one that is open exclusively to research projects and another that is open to any photographer. We hope this will allow us to celebrate more research while making sure that we can showcase stunning images.”

· New Behaviour – Images taken during the course of research that show behaviour never before recorded.

· New Range – Images taken during research that show a species never photographed before outside its known range.

· Rare Species – Images taken during research that show a species that is rarely seen or never photographed in the wild.

CAMERA-TRAP PHOTO OF THE YEAR
The categories require amazing camera-trap images and are open to everyone. Winners of these three categories will compete for the Camera-Trap Photographer of the Year title.

· Animal Portraits – Images should capture the character or spirit of their subject.

· British Wildlife – Amazing images that capture the spirit and behaviour of British wildlife. 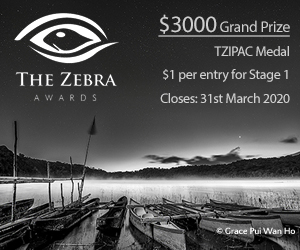 PRIZE DETAILS: The overall winner of the three research categories will be awarded Camera-trap Research Project of the Year and £3,000 for their research project.

The overall winner of the three photography categories will be awarded the Camera-trap Photo of the Year title and a prestigious prize.

The winners of the six categories will win a Lowepro Flipside Sport 15L camera pack, worth £122.

The winners, up to three runners-up and up to six commended images in each category will be published in BBC Wildlife and/or online at www.discoverwildlife.com ELIGIBILITY: Open to All / 18+

COPYRIGHT: The photos must have been taken in the past three years and be your own original work. You – or your organisation – must be the owner of the copyright of all photos entered. USAGE RIGHTS: The entry of any photo to the competition constitutes a grant to Immediate Media Co of the non-exclusive right to reproduce it for any purpose in association with the competition at any time, in any media, without compensation.

JOIN OVER 97,285 PHOTOGRAPHERS GET PHOTO CONTESTS VIA EMAIL FOR FREE