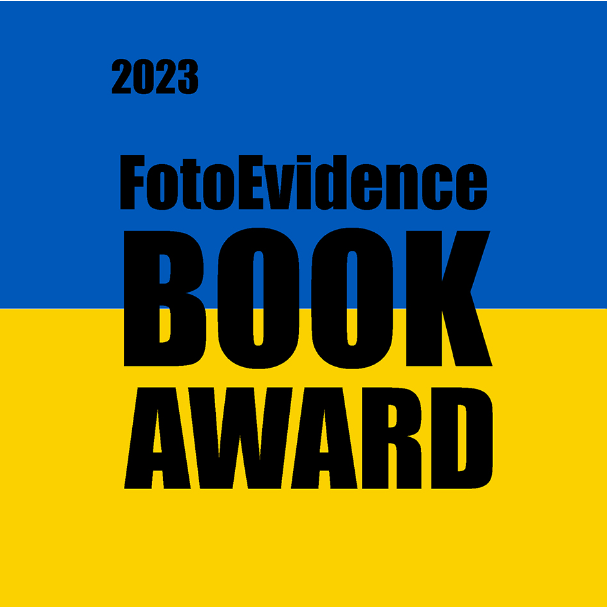 The 2023 FotoEvidence Book Award Is dedicated to the impact of the Russian invasion and war crimes in Ukraine. The book by multiple, local, and international photographers, produced and published by FotoEvidence will serve future generations as evidence of the violence of war and the crimes committed on Ukrainian soil, a tool for activism, a memory keeper, and a volume of history.

The book will be published in July 2023 and launched in September in Ukrainian, Russian and English languages.

The goals of the 2023 FotoEvidence Book Award are to collect visual stories from the Russian invasion and war crimes on Ukrainian soil, to produce these stories, and to distribute the stories to raise awareness and move the public and decision makers to act.

PRIZE DETAILS: The FotoEvidence Book Award recognizes documentary photographers whose project demonstrates courage and commitment in addressing a violation of human rights, a signiﬁcant injustice or an assault on human dignity. The selected project will be published as part of a series of FotoEvidence books dedicated to long-form projects of documentary photographers working in the humanistic tradition. Not eligible to enter? - Find contest where you are.

COPYRIGHT: Copyright and ownership of photographs remain with the photographer/photographers at all times. USAGE RIGHTS: All entrants agree to grant FotoEvidence permission to use submitted work for promotional purposes in any electronic media, printed materials, or advertising. All published images will be credited with the photographer’s name. Entrants also agree to allow their images to be reproduced in third-party newspapers and magazines (printed and electronic) solely for the purpose of promoting the work, the photographer, FotoEvidence Association and the Book Award.