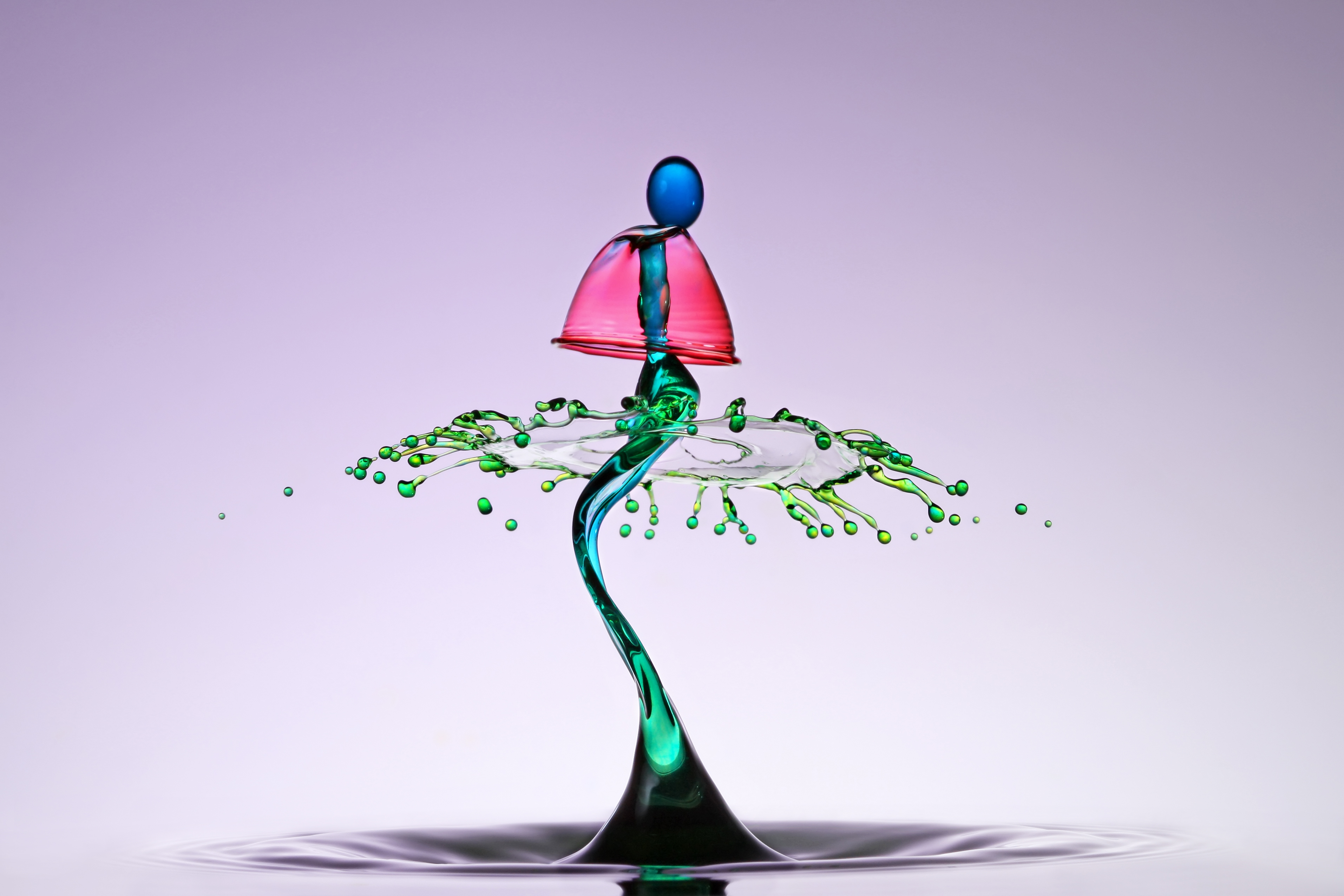 April 26, 2012
American photographer Mitch Dobrowner has tonight, Thursday 26 April, been announced as this year’s winner of the coveted L’Iris d’Or – the 2012 Sony World Photography Awards Photographer of the Year. 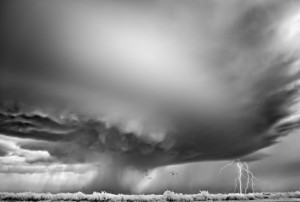 Dobrowner was presented with the award during the Sony World Photography Awards Gala ceremony at the Hilton Hotel in London’s Park Lane for his extraordinary series of images, Storms. This year saw the largest number of entries to date from over 171 countries, which further adds to the achievement of winning this title. 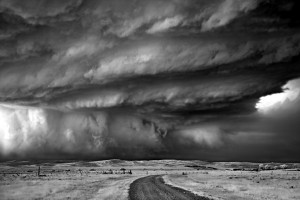 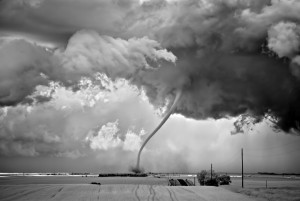 Dobrowner said at the awards, ‘In landscape photography, there is one moment that will never be the same again. I want my images to do the speaking. That’s what photography is all about’.

Dubrowner grew up on Long Island, NY.  As a teenager, he was given an old Argus rangefinder to play around with and after some research and seeing the images of Minor White and Ansel Adams, quickly became addicted to photography.  Mitch enjoys creating images that help evoke how he sees the planet and says, ‘I feel that I owe much to the great photographers of the past, especially Ansel Adams, for their dedication to the craft and for inspiring me in my late teens. Though I have never met them, their inspiration helped me determine the course my life would take’.

Dobrowner was chosen as the winner of the L’Iris d’Or by a panel of nine judges. In addition to a $25,000 cash prize and Sony’s latest digital imaging camera equipment, he is awarded the accolade of joining previous L’Iris d’Or winners Alejandro Chaskielberg, Tommaso Ausili, David Zimmerman and Vanessa Winship as a member of the World Photographic Academy.

WM Hunt, Chairman of the 2012 Honorary Judging Committee and MC of the 2012 Awards ceremony, said, ‘There is enormous pleasure in the jury’s selection of Mitch Dobrowner because he is the best of what is classic and what is contemporary in photography.  He brings a sense of its history and enormous skill in his craft while pushing his imagination and, even, physical strength.  The work offers a visceral rush while being wonderfully well made.   I think he is an exceptional choice.’

This year’s Outstanding Contribution to Photography Award went to William Klein; one of the 20th century’s most important and influential photographers and film-makers. With a career spanning the past 60 years, Klein, 83, has worked in painting, photography and film, always at the cutting edge of his chosen medium. 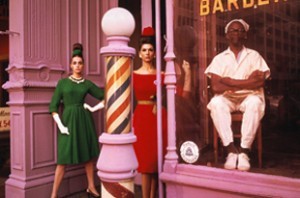 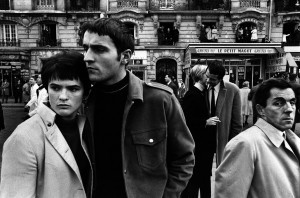 The Sony World Photography Awards Open Photographer of the Year title was awarded to Tobias Bräuning for his innovative and striking image Dancing Queen, in the split second category, a new category this year.

All of the winning images will be on display in the Sony World Photography Awards Exhibition, Somerset House, 27th April – 20th May. 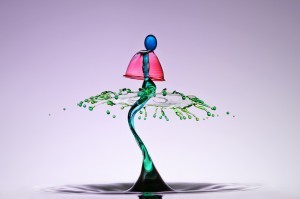 Other announcements on the night included the professional category winners, covering the newly introduced Nature & Wildlife category alongside others such as Current Affairs and Travel. Among the winners are Peter Franck from Germany who, returning from his victory at the 2010 Awards, and after being shortlisted in four categories, triumphed in the Commercial campaign and fashion categories, and the UK’s Simon Norfolk, winner of the Photojournalism & Documentary People category, who is the author of books such as Bleed – based on the aftermath of war in Bosnia.

The awards ceremony was attended by leading figures from the international photographic community, along with Minister of Culture, Ed Vaizey, speaking in support of the photography industry in the UK.

Tatsuya Akashi, Vice President of Digital Imaging at Sony Europe, said: “We’ve seen a truly impressive array of incredible images from this year’s entrants across all categories. It is our vision to inspire photographers at all levels to explore their creativity and it is highly rewarding to provide them with such a respected platform where they can showcase their talent and the industry can come together to celebrate the wonderful world of photography.”

The winning images and more will be on display at The Sony World Photography Awards Exhibition at Somerset House. Set in the stunning Embankment Galleries, the exhibition offers visitors an extraordinary range of contemporary photography covering a wide range of subjects from photojournalism and documentary to fashion, nature, architecture and sport.   The exhibition, part of World Photo, London, is billed as the global photographic event of the year and the festival will also include a programme of events, talks, seminars and exhibitions.

This year’s Outstanding Contribution to Photography Award went to William Klein; one of the 20th century’s most important and influential photographers and film-makers. With a career spanning the past 60 years, Klein, 83, has worked in painting, photography and film, always at the cutting edge of his chosen medium.

Student photographer Asef Ali Mohammad from Middlesex University, UK, was announced as the winner of the Student Focus award that attracted entries from over 200 institutions across six continents.

Asef used a Sony SLT-A65 camera to complete the brief, ‘Your world in colour’, that must evoke emotion through the choice of colour.  His series of images about youngsters in Kabul were chosen as the winning entry over the other ten shortlisted photographers, landing Middlesex University the prize of 45,000 Euros worth of Sony digital imaging equipment.

Virginia Morrison (US), Executive Director of the Society for Photographic Education and judge, said: ‘Given the thematic emphasis for the competition, ‘colour’, I was surprised at how I was drawn to the winner’s very subtle use of colour in each image in the series. The use of the direct gaze of the subjects in the portraits was terrifically enhanced by each subject being placed within an environment that employed color as a structural framework in which to present and emphasise that direct gaze of each of the sitters.  The colours employed were actually very subtle, but the artist used it consistently and skillfully as architecture for the portrait.’

The title of Sony World Photography Awards Youth Award Winner went to Sergey Kolyaskin from Russia, for his image The Last Hero.  Sergey was awarded with Digital SLR camera equipment from Sony and his winning image will be showcased at the winner’s exhibition.  New for the 2012 Awards, the Youth Competition was open to anyone under the age of 20.

The 3D Award, new this year to the competition, was awarded to Nick Saglimbeni from the United States for his stunning image, Nuclear Summer.  Nick currently shoots many celebrity-driven commercial ad campaigns and he continues to be a pioneer in the world of both 2D and 3D photography.  The competition was open to anyone using true 3D technology in photography or video and had two categories: ‘3D Panoramic’ and ‘3D Still’.

The Moving Image Award went to Natasha Nicholson and Michael McDougall from Canada, for their short film Dead Languages.  Michael has a background in design and moving image, whereas Natasha is a photographer.  With combined sensibilities they were encouraged to work as a team to create a beautiful visual motion piece.

It was also announced that the upcoming Focus campaign is ‘Youth on Assignment’. This will integrate student photographers with Sony’s CSR programmes in Sumatra, Argentina, South Africa, Malawi and others.  Each one of these represents not only a very important philanthropic project, but also an opportunity for youth to be involved in real life humanitarian work, all documented through the power of photography.