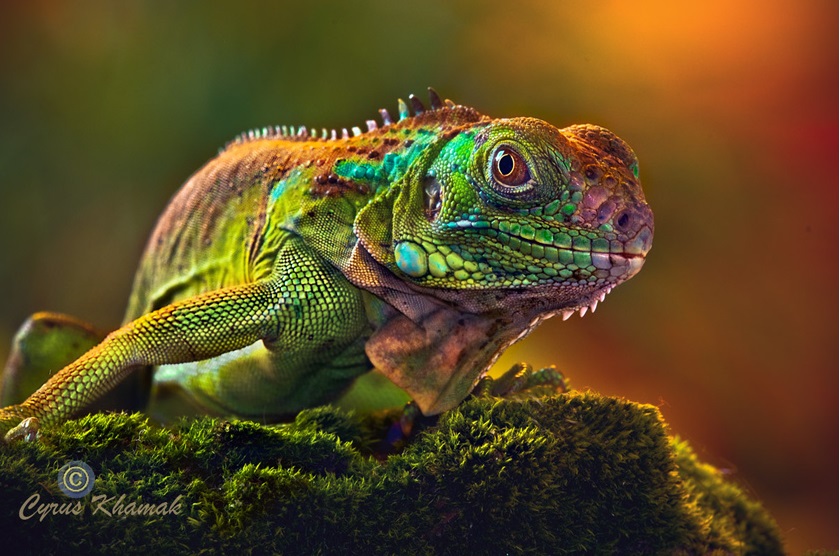 Animals are often unpredictable and intriguing, especially when they are photographed in the wild. Capturing the perfect moment could come down to mere milliseconds, however, which is why the following 15 images are especially awe-inspiring.

From flocks of flamingos to smiling rhinos, cuddly dogs and close-ups of reptiles – These photographs are some of the most amazing animal photos we’ve ever seen.

The colorful garden setting would make an astonishing photograph on its own, but when you add three dog best friends into the mix, you end up with one incredible image. 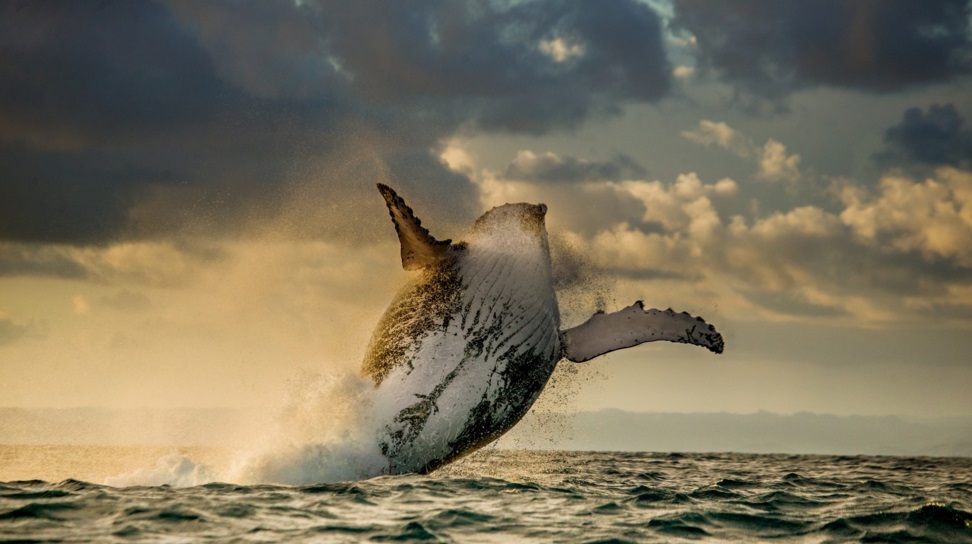 With a moody skyline and a whale jumping for joy, it seems as though photographer Andrey Gudkov has a real knack for capturing a beautiful scene. A few seconds too late to press the shutter, and this image would not have happened at all. 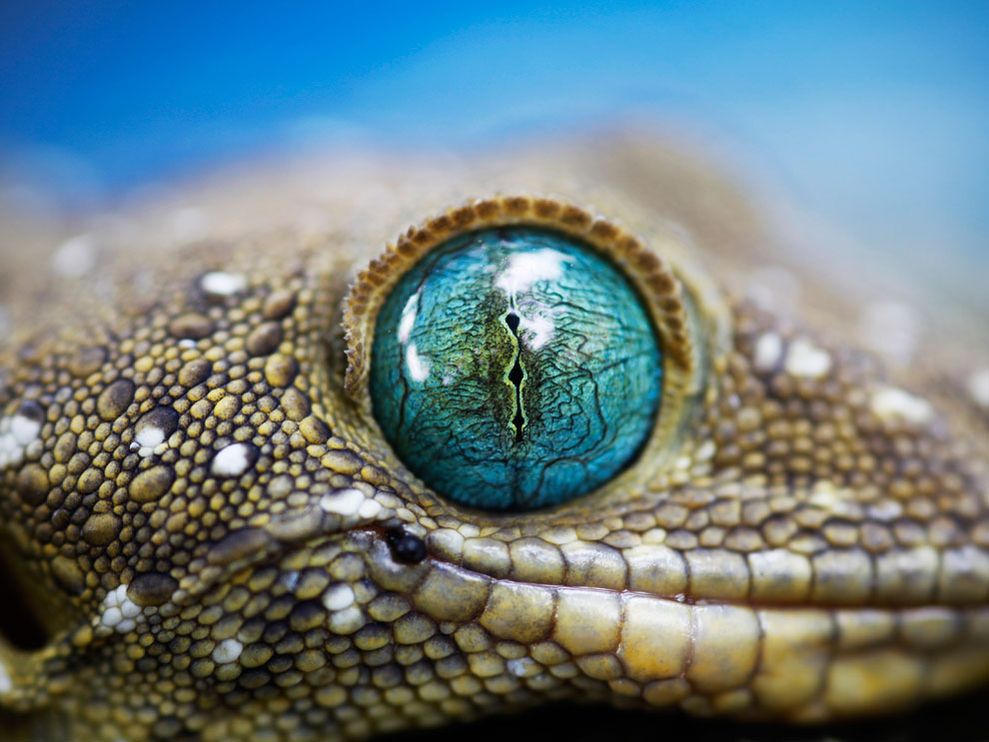 With a stunning turquoise coloring, glancing into this reptile’s eye is like looking into the waters of the Great Barrier Reef. The way in which the eye takes central focus in this image is magnificent too.

Perhaps it is the magical moments between different species of animals, just like this one, which humankind finds most amazing. As this butterfly lands gently on the deer’s nose, she looks on peacefully and as though she is almost amused.

Cyrus Khamak has captured a portrait of this iguana as the bright orange sun was setting. As a result, the sunset has cast a warm glow over the reptile, adding to the enchantment of this captivating image. 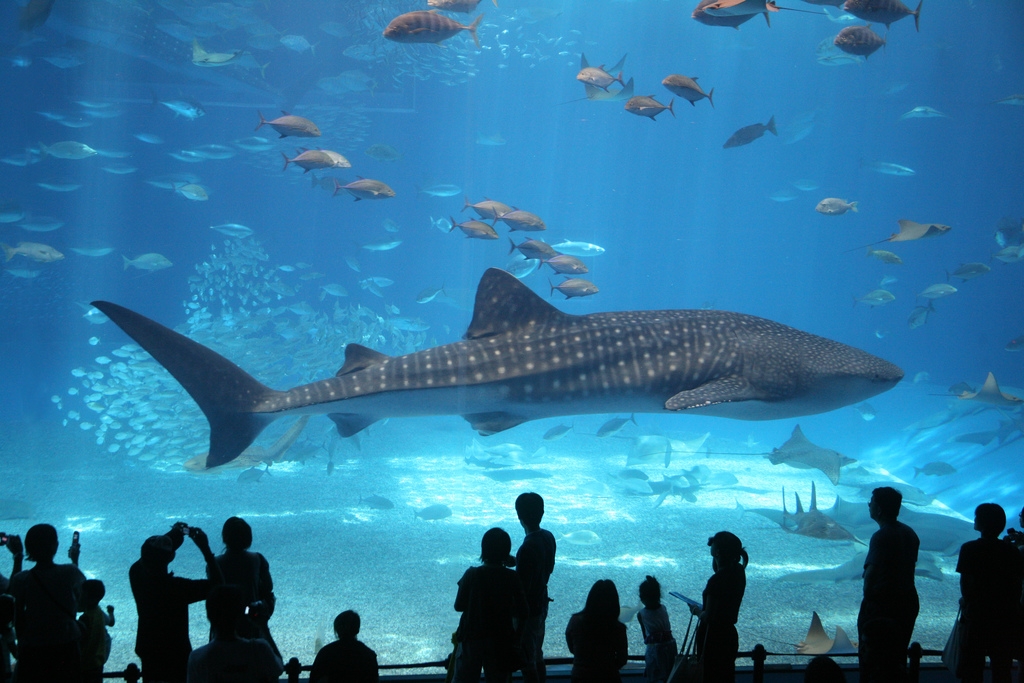 Photographed at Okinawa Churaumi Aquarium, this image of people observing a whale shark really puts into perspective just how large these creatures are. The silhouettes of the people against the brightly lit blue aquarium provides a nice contrast too. 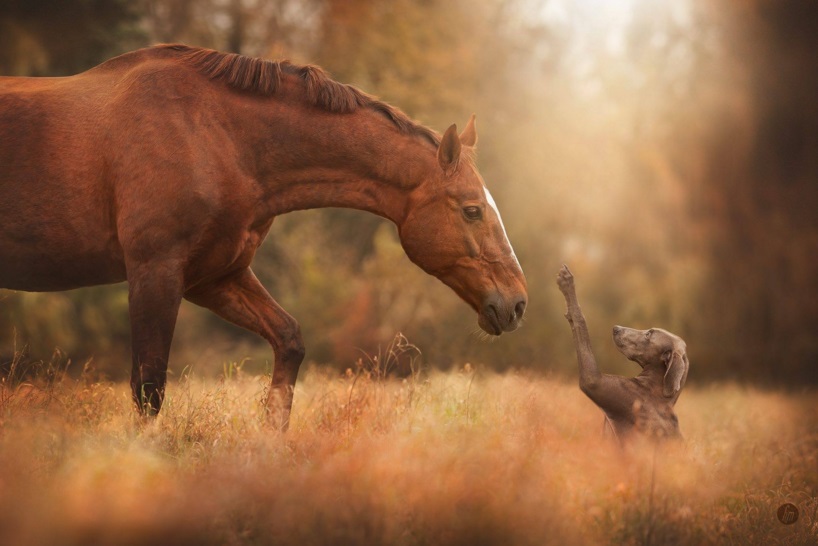 Here’s another stunning image of two species interacting unexpectedly with one another – a horse and a dog. Not only does the autumnal landscape of this image provide a beautiful setting, but the dog’s and horse’s gentle gestures towards one another takes this photo to new heights. 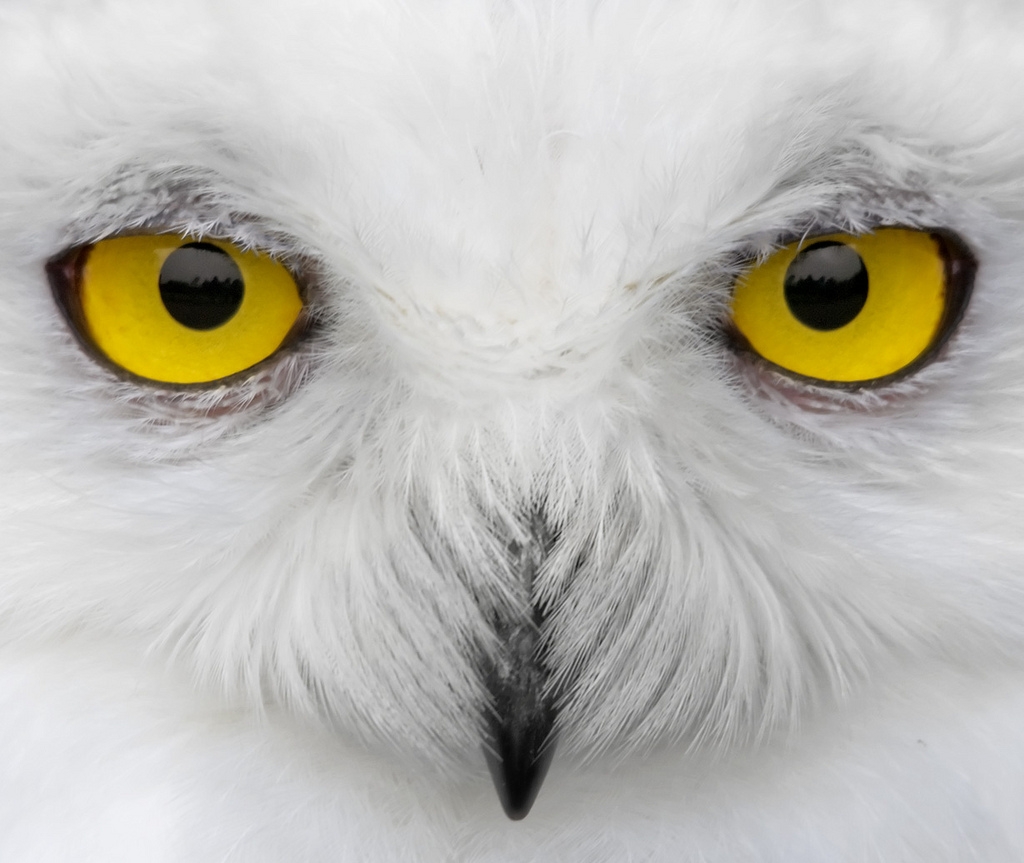 Snowy Owls have become very recognisable since Hedwig took to the big screen in Harry Potter, and since then people have become especially fascinated by the creature. This close-up portrait of the species is truly captivating, as is the bright yellow of their eyes. 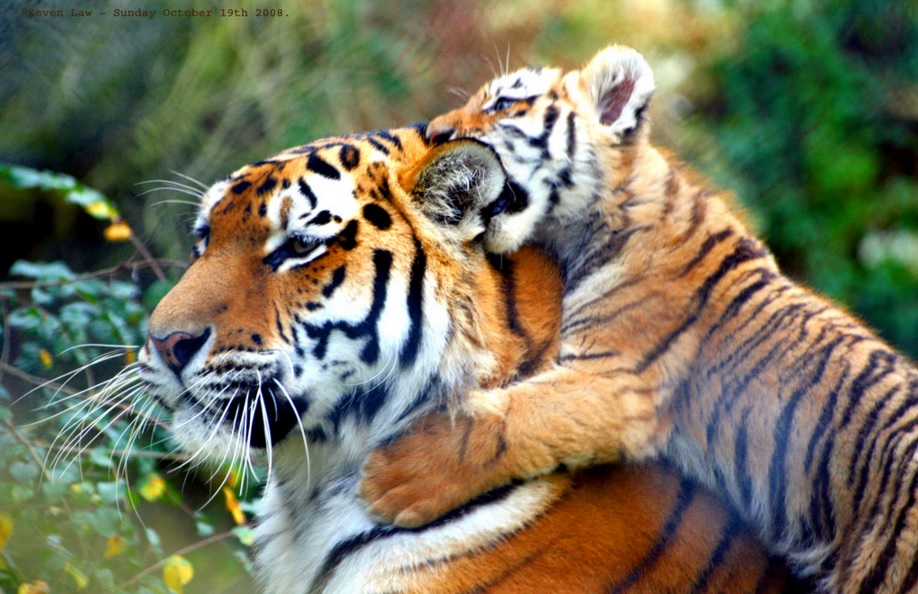 Tigers are often thought of as vicious creatures, so it’s wonderful to see their more gentle maternal side every now and then. This image of a tiger letting her little cub bite her ear playfully really does pull on the heart strings. 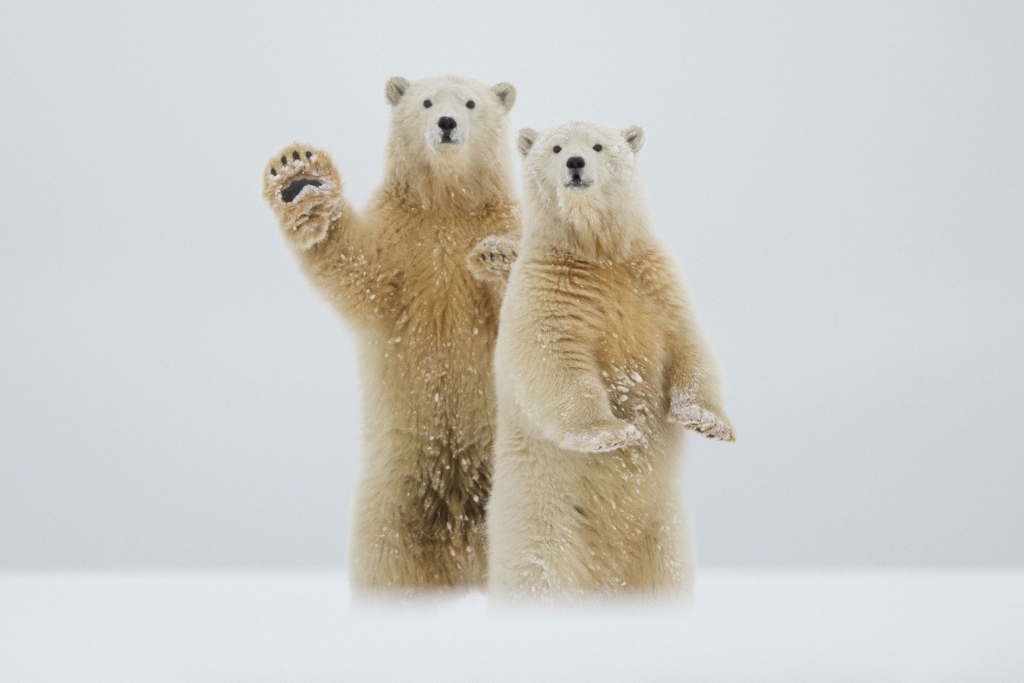 This is a fascinating image of two polar bears as they seem to welcome photographer Laura Keene whilst she was visiting Kaktovik in northern Alaska. Although you should never get too close to these creatures, you must admit, they do look pretty friendly. 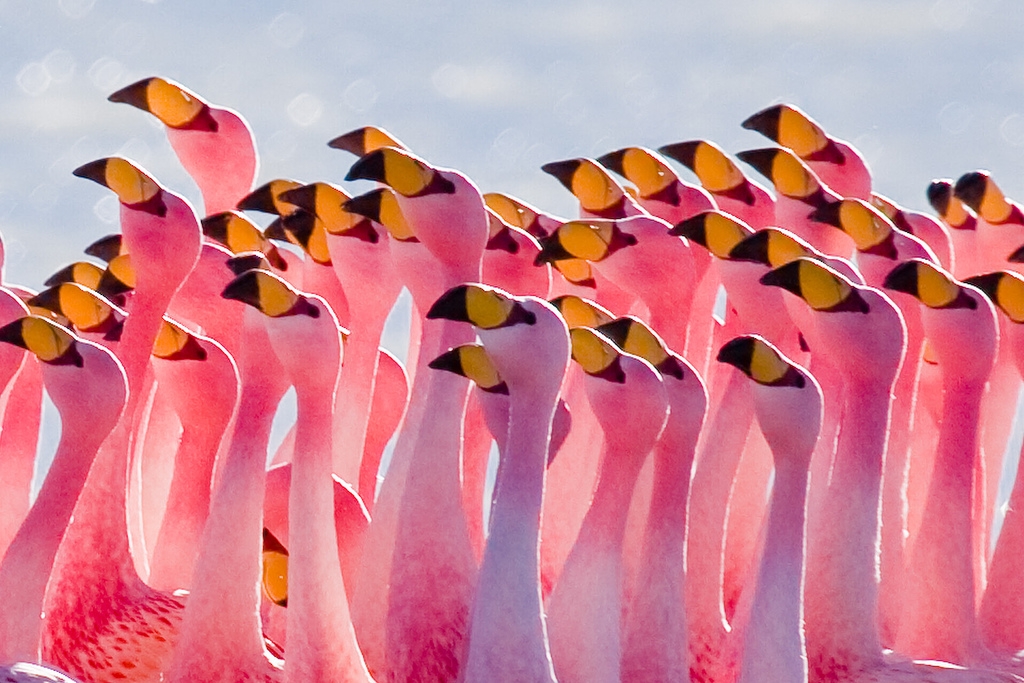 Just look at the brilliant pink coloring of this flock of flamingos. The way their beaks are all perched upright creates an eye-catching pattern in the image. 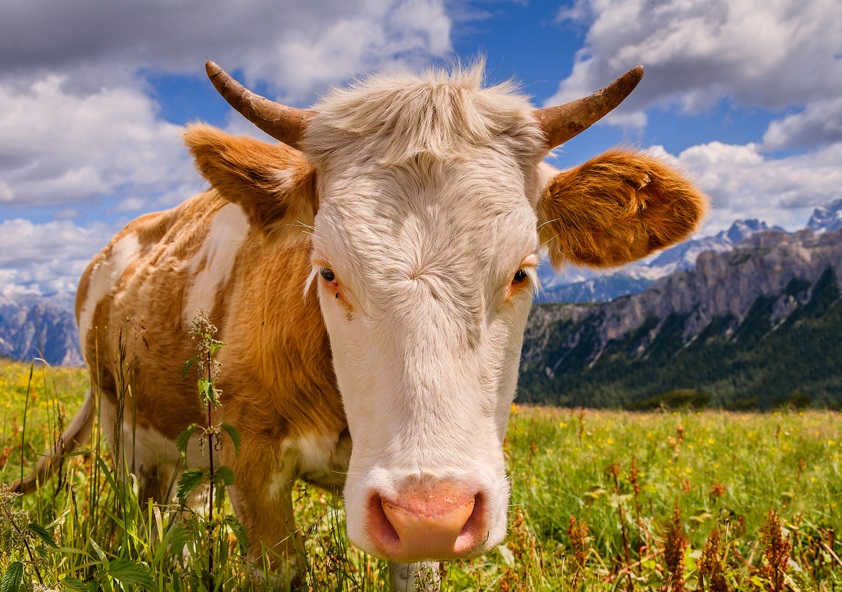 This inquisitive bull is surrounded by the lushest landscape, making this one very picturesque setting indeed! It’s also wonderful the way in which this creature captures your gaze immediately.

It’s not every day that you see such a whimsical and captivating image of a bird, but photographer Sushyue Liao seems to be an expert at capturing birds in stunning surrounds (even if by accident, like with this image).

This rhino is pausing to admire a beautiful blue butterfly perched on a nearby branch. This image also highlights the contrasts between both of these creatures, making it even more mesmerising. 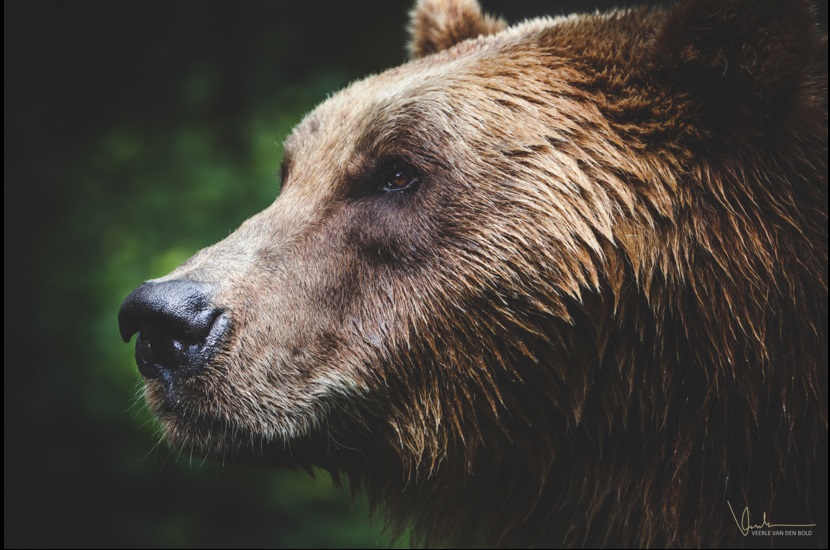 This beautiful portrait of a bear is both sombre and intriguing. This is another example of an animal which is often feared being showcased in a softer and gentler light.

These were just 15 of our most favourite animal photos, but if you know of any others we would love to hear from you in the comments section below!

JOIN OVER 91,314 and receive weekly updates!